Storm coach Dan Hughes had surgery to remove a cancerous tumor in his digestive tract. Assistant coach Gary Kloppenburg will take over head coaching duties in his absence. 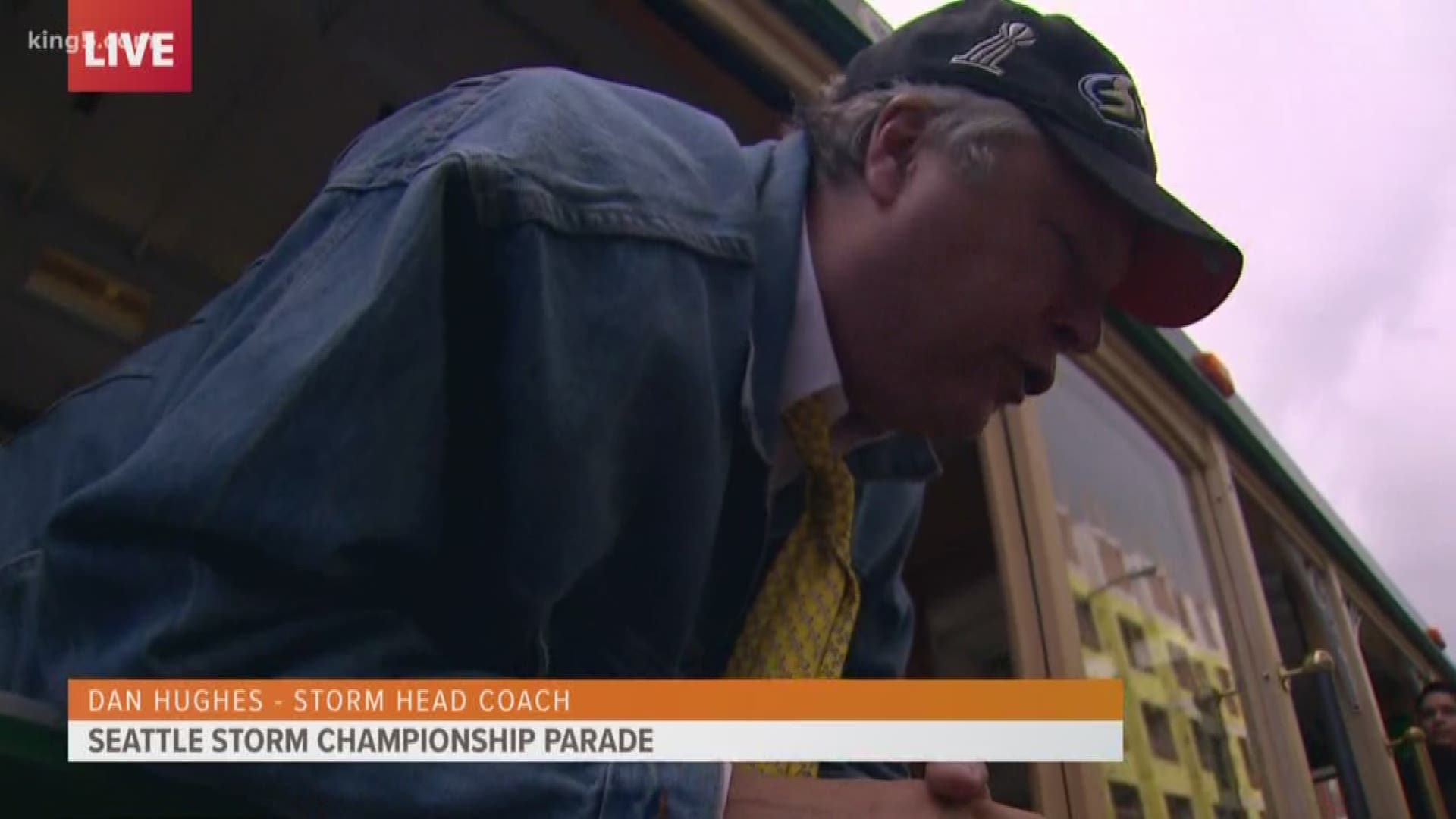 Editor’s note: The video above was originally published in September 2018 during the Seattle Storm WNBA Championship Parade in downtown Seattle.

Hughes revealed the cancer diagnosis on April 19. The tumor was discovered after he underwent an emergency appendectomy.

The 64-year-old led Seattle to the WNBA title last season. Seattle went 26-8 in the regular season, led by league MVP Breanna Stewart, and after beating Phoenix in five games in the conference finals, defeated Washington in a three-game sweep to claim its third league title.

It was Hughes' first title after 16 seasons as a head coach in the WNBA.