'I'll be back': Storm's Breanna Stewart out for season after rupturing Achilles

The Storm has lost the WNBA's reigning MVP for the season. Breanna Stewart underwent surgery to repair her right Achilles tendon Thursday morning. 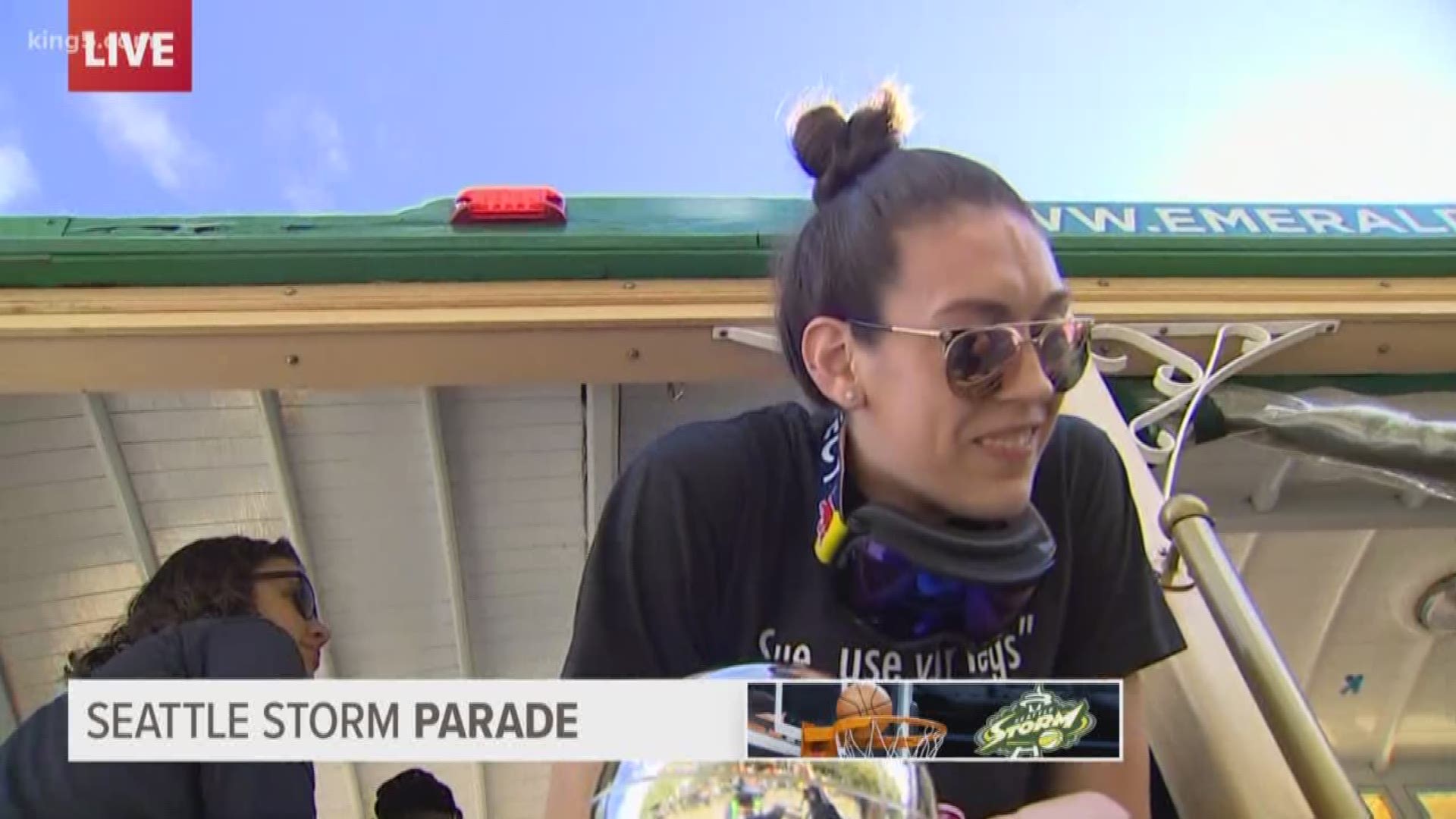 Editor’s note: The video above was originally published in September 2018 during the Seattle Storm WNBA Championship Parade in downtown Seattle.

"I'm feeling every emotion possible at this point but just know that the bounce back will be real and I'll be back better than ever," Stewart tweeted Wednesday.

Stewart suffered the injury while playing for Russian club Dynamo Kursk on Sunday in the EuroLeague Women championship game in Hungary.

Stewart will be out for the season, but the Storm said she is expected to make a full recovery for the start of the 2020 season.

It takes nine months to a year to heal and come back from surgery.

The injury happened as Stewie planted her right leg before going up for a shot.  You can see it on the YouTube clip below.  (It should start around the 48:20 mark, right before the injury)

It's her right leg, not the foot/ankle that comes down on Brittney Griner's foot.

The 24-year-old Stewart won four national titles at UConn and was the No. 1 overall pick in the 2016 WNBA draft. She won both the league and finals MVP awards while leading the Storm to the franchise's third WNBA title last season.

Stewart has played overseas in the offseason since she joined the WNBA.

Teammates, WNBA players, and more sent out their best to Stewie and a quick recovery.