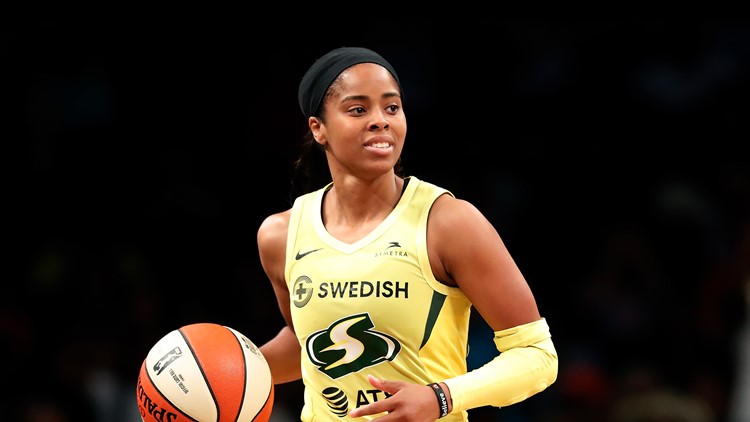 Photo by: AP
Seattle Storm guard Jordin Canada (21) handles the ball during the first half of a WNBA basketball game against the New York Liberty, Sunday, Aug. 11, 2019, in New York. (AP Photo/Kathy Willens)

SEATTLE (AP) — Jordin Canada scored 14 points to and the Seattle Storm never trailed in an 82-74 victory over the Minnesota Lynx on Sunday.

Clark made a pull-up jumper, stole a pass and then fed Canada for a basket that made it 11-0 midway through the first quarter. Minnesota went 0 for 5 from the field and committed six turnovers during that span.

Odyssey Sims scored 18 of her season-high 30 points in the third quarter as the Lynx (13-14) trimmed their deficit to 67-63. Loyd converted a 3-point play to spark a 9-2 run to open the fourth and Minnesota never again threatened.

Napheesa Collier scored 16 points, and Sylvia Fowles added 11 for the Lynx. They have lost three of their last four games.