Basketball and wrestling, two sports the WIAA considers high-risk, will be allowed to compete during an abridged seven-week season. 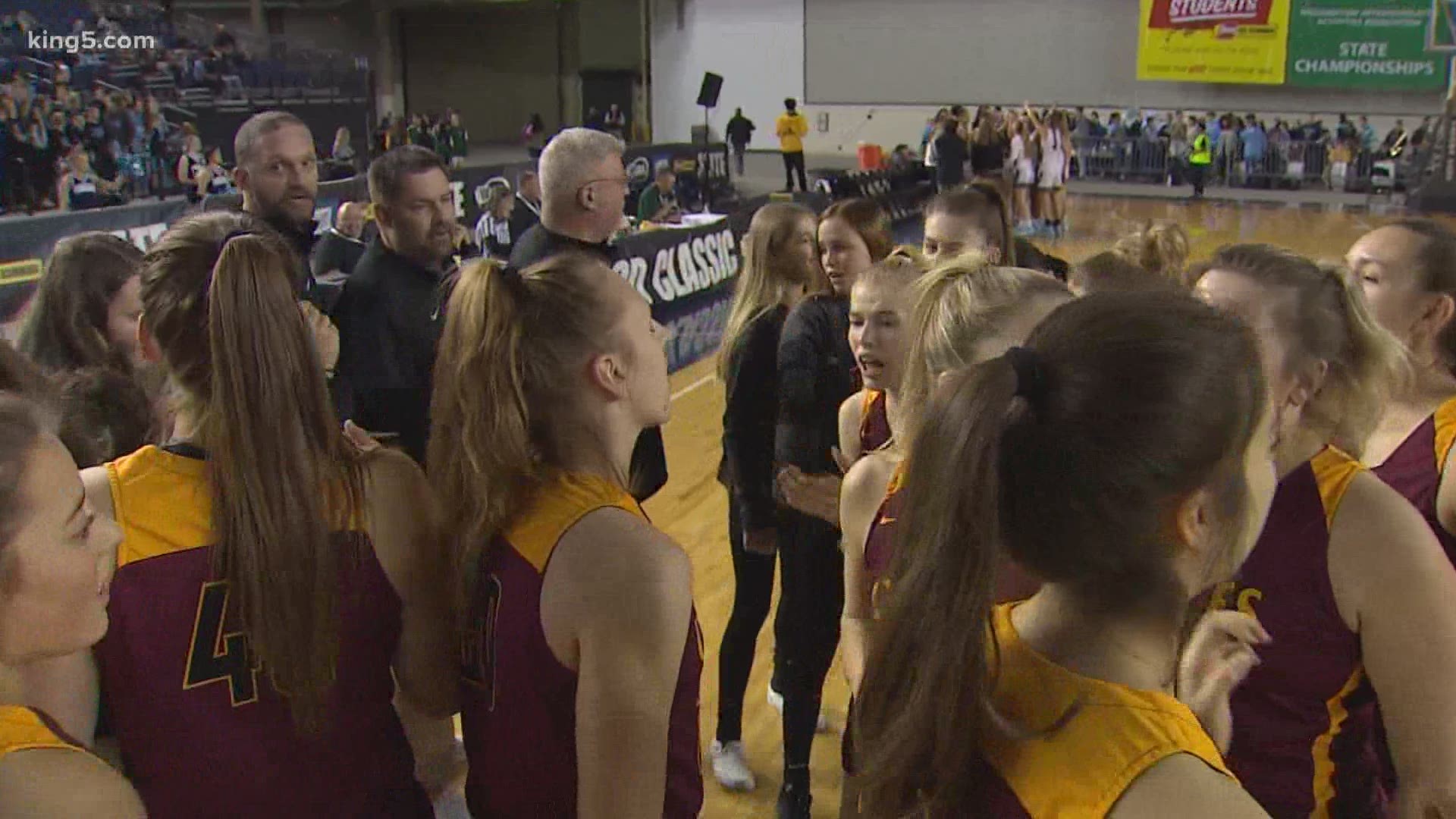 The coronavirus pandemic is presenting yet another change for student athletes across the state. On Wednesday, the Washington Interscholastic Activities Association (WIAA) announced it’s pushing the start of winter sports back four weeks for an abridged seven-week season.

“The carrot keeps getting dangled and changed,” said Amy Looker, Coach of the girl’s basketball team at Rogers High School in Puyallup.

The WIAA, the state’s high school sports governing body, voted Wednesday to push back the start of the winter sports season by a full month, in light of "surging COVID-19 cases around the state."

The sports include basketball, bowling, boy's swim and dive, gymnastics, cheerleading and wrestling. Those sports will now begin on Feb. 1, 2020, except gymnastics, which will start practices on Jan. 25.

“It means hope, honestly, at this point. As much as they don’t want a shortened season, we all know it’s not normal now. But they would much rather have a shortened season than have to pick between their two favorite sports,” Looker said.

Basketball and wrestling are two sports the WIAA considers high-risk that will be allowed to compete during an abridged seven-week season. Football and other sports could follow suit in the spring. It's a small bit of good news during a difficult year for Rogers High School senior Allyson Pettit, who hopes to add more plays to her highlight reel.

“Kind of a surprise, because I was thinking we weren’t going to get a season,  so hopefully we’re able to now,” Pettit said. “I’m sad, but at the same time, I really want to play. So if it has to be short, I’m okay with that."

There are still some caveats. To be cleared to play, counties must report no more than 25 cases per 100,000 for two weeks. And to keep those numbers down for these next four weeks, each player will have to stay in shape solo.

“The past couple of weeks we were able to do pods of six and be able to scrimmage, and you know that was good, we were all split up. Now we aren’t even able to because of the new lockdown,” Pettit continued.

But she's still hopeful that her team and other fellow seniors will still get on the court this school year.