Several tribes now have the final federal approval to offer sports wagering with the first NFL regular-season games right around the corner. 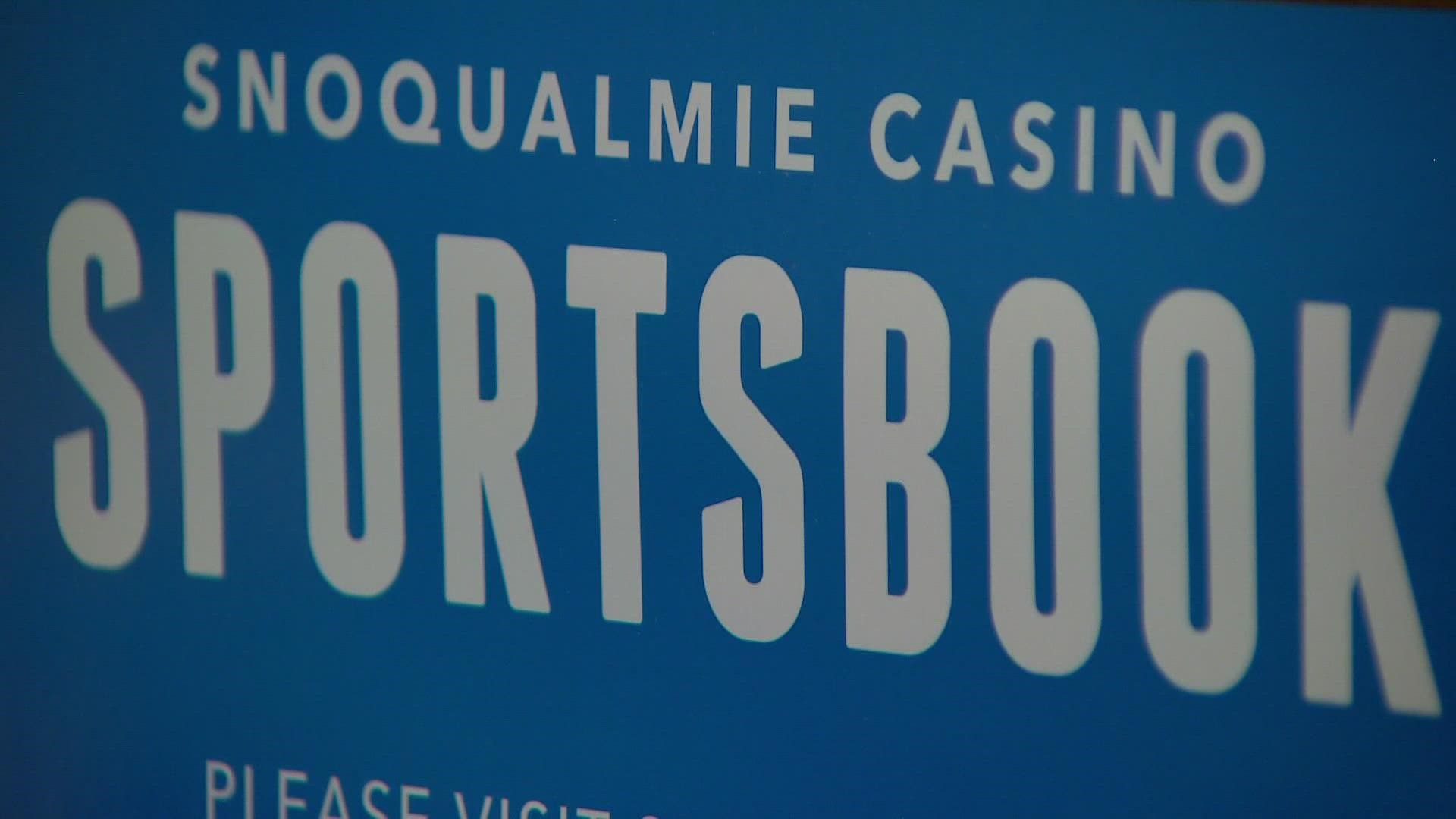 SNOQUALMIE, Wash. — Several tribal casinos in Washington now have the federal approval needed to officially offer sports wagering. It's the last step in a lengthy process that involves approvals from the state and tribal governments.

The Snoqualmie Casino Sportsbook opens on Sept. 9 at 11 a.m.

Snoqualmie Casino CEO and President Stanford Le previously said the goal was to open the sportsbook on the first week of the regular NFL season, which kicks off on Sept. 9.

Snoqualmie is among the first tribes in Washington whose amended gaming agreement was entered into the federal registry by the U.S. Interior Department, giving the casino the green light to officially begin offering sports wagering to customers.

The process has been in the works since Gov. Jay Inslee signed a bill last year that authorized sports wagering in tribal casinos only.

Tribes must submit changes to their current gaming agreement, known as compact amendments, to the Washington State Gaming Commission for approval before it is sent back to the tribe, then submitted to the governor to sign off, and finally, to be entered in the federal registry.

The Snoqualmie Indian Tribe joins eight other tribes whose compact amendments with the state are now entered into the federal registry.

They include the Cowlitz, Lummi Nation, Puyallup, Spokane, Squaxin Island, Stillaguamish, Suquamish and Tulalip Tribes, according to the Washington State Gambling Commission.

Legal sports betting in Washington was a long time coming for sports fans like John Harrell, who lives in Issaquah and is a regular at Snoqualmie Casino.

"Now with the convenience of this, we're going to be able to make our bets. We don't have to travel to Las Vegas," said Harrell.

Harrell said he would play slot machines until he could place a bet on his favorite teams, the Mariners and the Seahawks.

"Let's get it open, let's be able to make our wagers, let's do it," said Harrell.

Mobile app betting is not allowed under Washington's new sports wagering law unless the bets are "physically present on the premises" of the tribal casino.