"I have nothing to lose": WSU MBB star CJ Elleby declares for NBA Draft

He retains his eligibility to return to WSU next season. KREM 2's Karthik Venkataraman gives his opinion on whether Elleby will return to WSU or not. 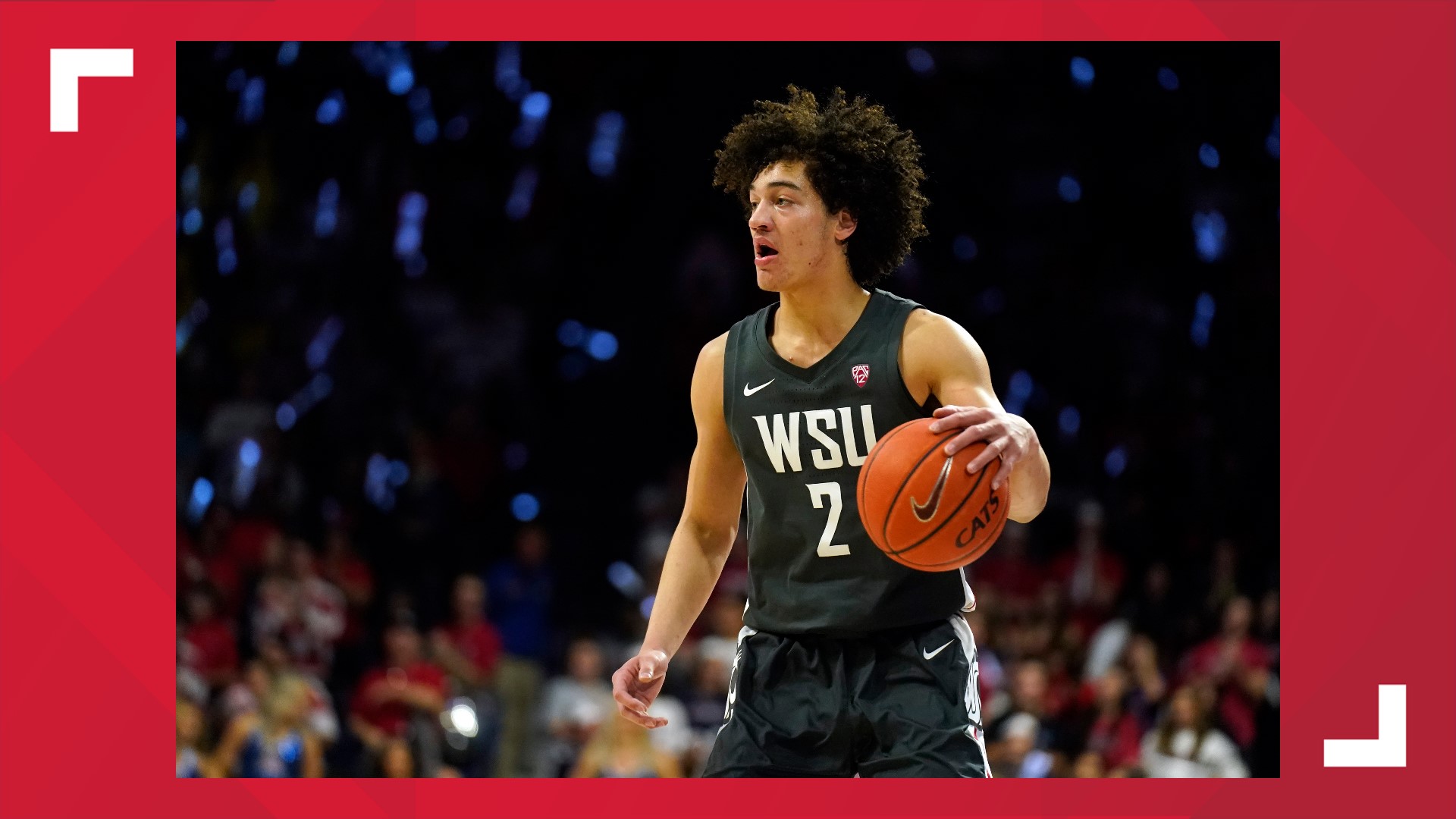 He does retain his eligibility to return to the Cougs next season after going through the draft process. The withdrawal deadline is set for May 29, 2020 for him to do so.

"I just felt like I have nothing to lose by declaring for the draft," he said. "My main thought has just been to try and use this time to see what I can do and see if it's my time to come out depending on how the teams feel about me."

Elleby said his decision to stay at WSU or go to the NBA will factor on a guarantee a team will pick him and a guaranteed contract.

Elleby surely gave WSU something to cheer about last season as he was a monster game in and game out. He averaged about 18 points and eight rebounds per game last season.

He was named to the All-Pac-12 first team.

Elleby did go through the NBA Draft process last season before deciding to come back to WSU.