The Washington Officials Association said a shortage of school sports referees is a problem across the state. 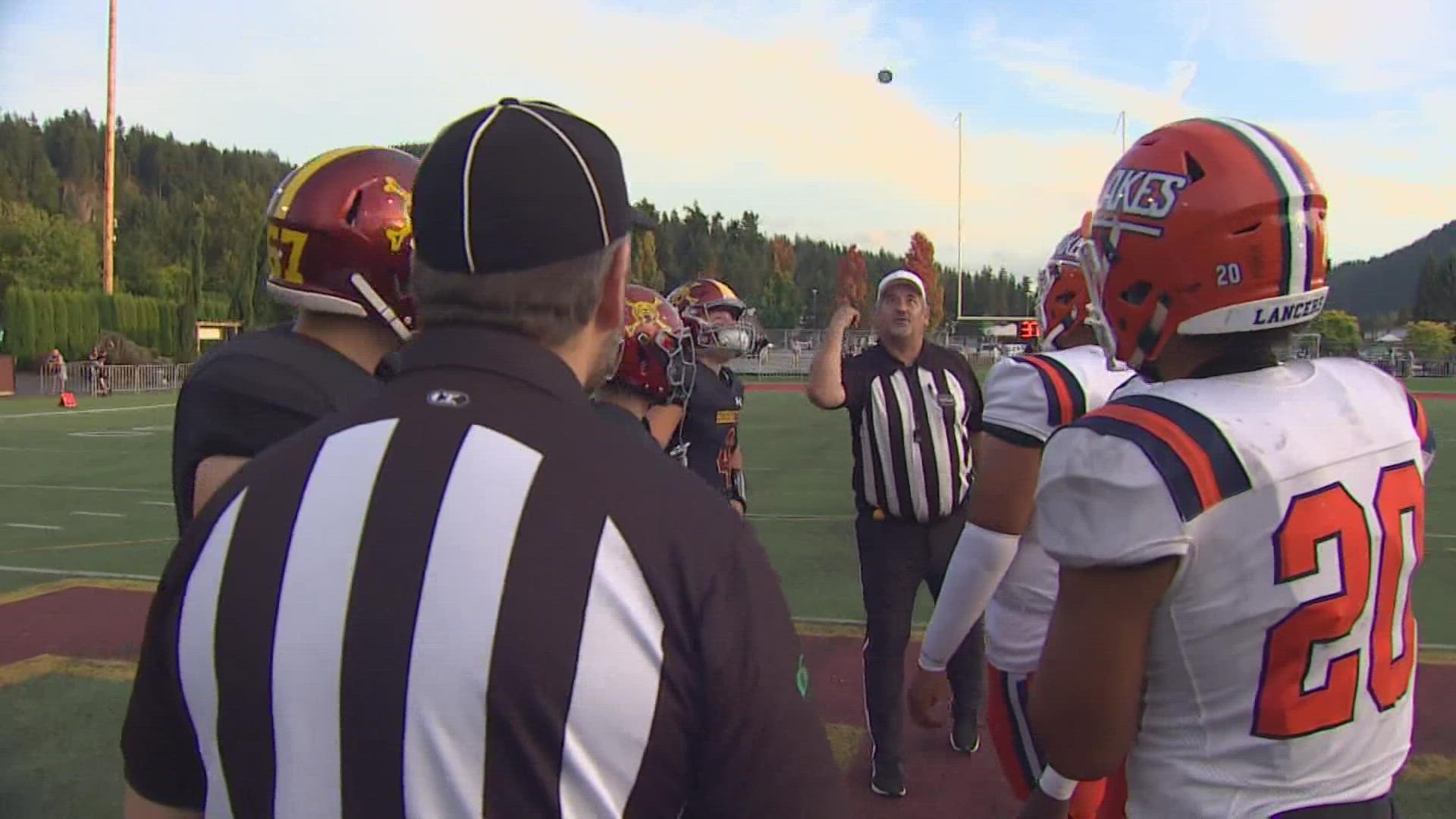 SEATTLE — Fall sports are in full swing, but the group making sure everyone plays by the rules said it is having a hard time finding enough officials to staff every game.

The Washington Officials Association (WOA) said it’s a problem across the state and hopes more people will step forward to join the organization.

To work as an official, you need to have free time in the afternoons or evenings and a desire to work with kids. The WOA said it’s a great part-time job for anyone who just retired or who had a student playing a sport and misses coming out to the games.

Officials are compensated for their time, travel and usually paid within 48-72 hours.

There is training to help people learn how to do the job and how to deal with the difficult personalities they may encounter from parents and players.

The WOA usually tries to start new officials at the middle school or freshman levels to ease them into the position.

“We try to do a better job of training them to let them know expect this, so then they're not shocked when all of the sudden someone's yelling at them,” explained Todd Stordahl, with the WOA. “It would be great if the middle school and lower levels of high school understood, hey, your freshman player, it's their first year of high school games, it could be the first year this official's high school career officiating, too.”

Stordahl said they can connect people who are interested in the local organization in their area and train them in the basics of concussion protocol. He said they try to start new officials at their comfort level.

“We give them enough to get them on the court initially and then do in-season training as they progress up the ranks,” explained Stordahl.

The WOA said they need help with all sports, including football, basketball, soccer, volleyball, baseball, softball and wrestling.

“You name it,” said Stordahl.