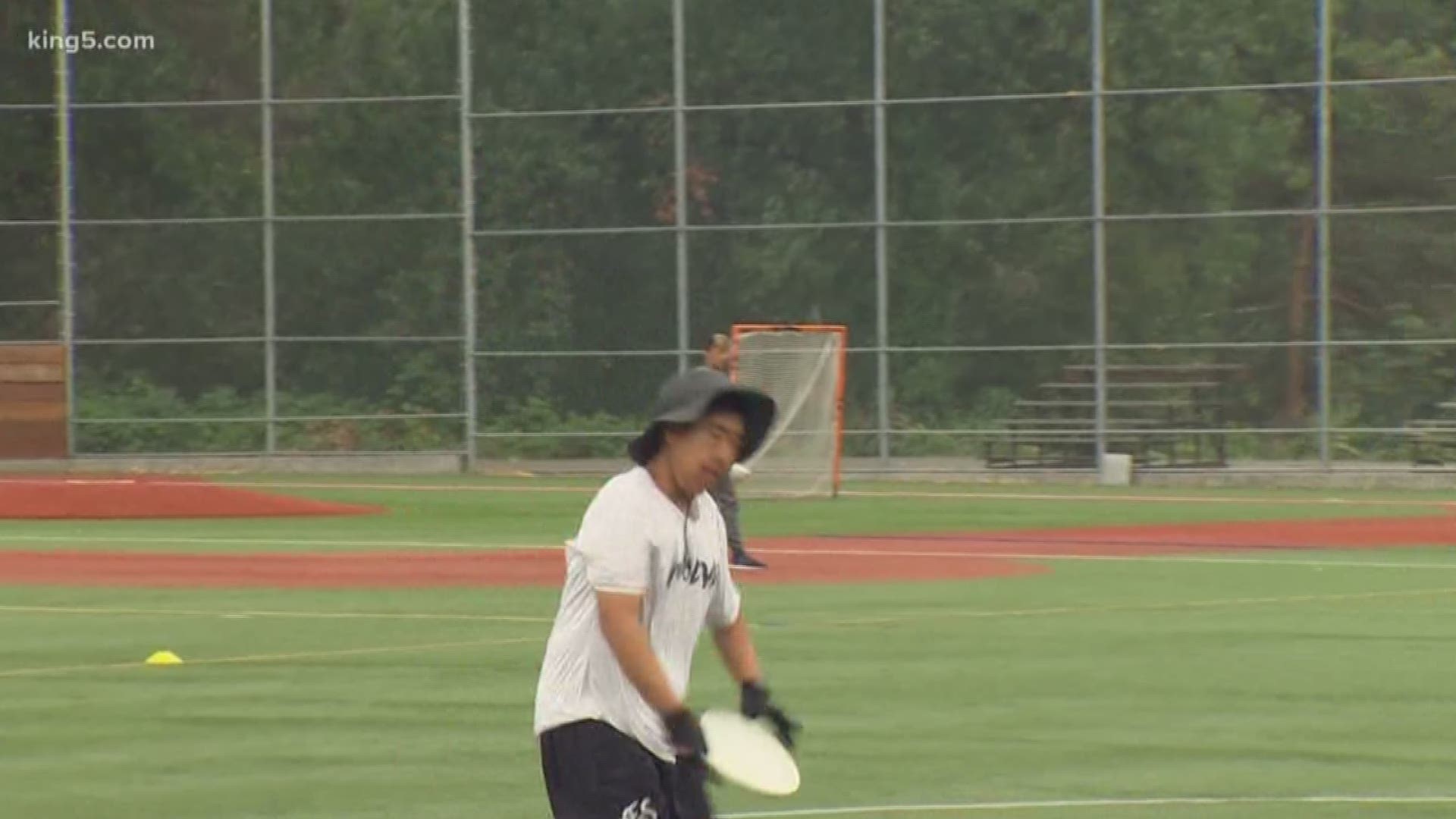 SEATTLE — One of the most popular new sports of the millennium already has a huge following in Seattle.

According to USA Ultimate, 3 million people play “ultimate” in the United States.

Now, a former pro-basketball star in Seattle is back in the Northwest-- not because of hoops, but to help grow the sport of “ultimate."

Val Whiting, formerly of the Seattle Reign basketball team, never played Ultimate as a kid--basketball was her calling.  But the two-time All-American recently joined Disc Northwest to grow the game.

“It would have been a sport I would have played when I was younger," Whiting said. "I was bullied in 7th grade. I had low self-esteem and didn’t fit in anywhere.”

Whiting isn't the only one who felt the calling to the sport.

13-year-old Min Parsons-Chen said she likes it because, “Boys and girls are equal in it and you get passed to, a lot.”

Jude LaRene has spent 30 years in ultimate, both as a player and coach, and told KING 5 the popularity is because, “everybody’s a QB. Everybody gets to throw the disc. Everybody’s involved. You can’t progress the disc down the field without everybody touching it so no one is left out.”

“It’s a very empowering sport,” LaRene said. “The kids on the field are their own referees, and call their own fouls, so they learn a lot about speaking up for themselves.”

Although nationally, youth participation in all team sports has flat-lined the last few years, Ultimate has a slew of advantages.

“It has a low barrier to understand the rules,” explained Whiting.  “It’s cheap – you make your own field. I just think it’s amazing.”

Participant Joelle Rudolf said, “It’s very inclusive. Everyone can play together, and it’s a place where I don’t worry have to worry about anything. I can just play the game, which is really fun.”