Prep Zone: Twins at Roosevelt High School help each other on and off the soccer field during pandemic

Twins Eric and Sarah Bell are seniors at Roosevelt High School. They say they haven't let the pandemic stop them from pursuing their sports and academic dreams. 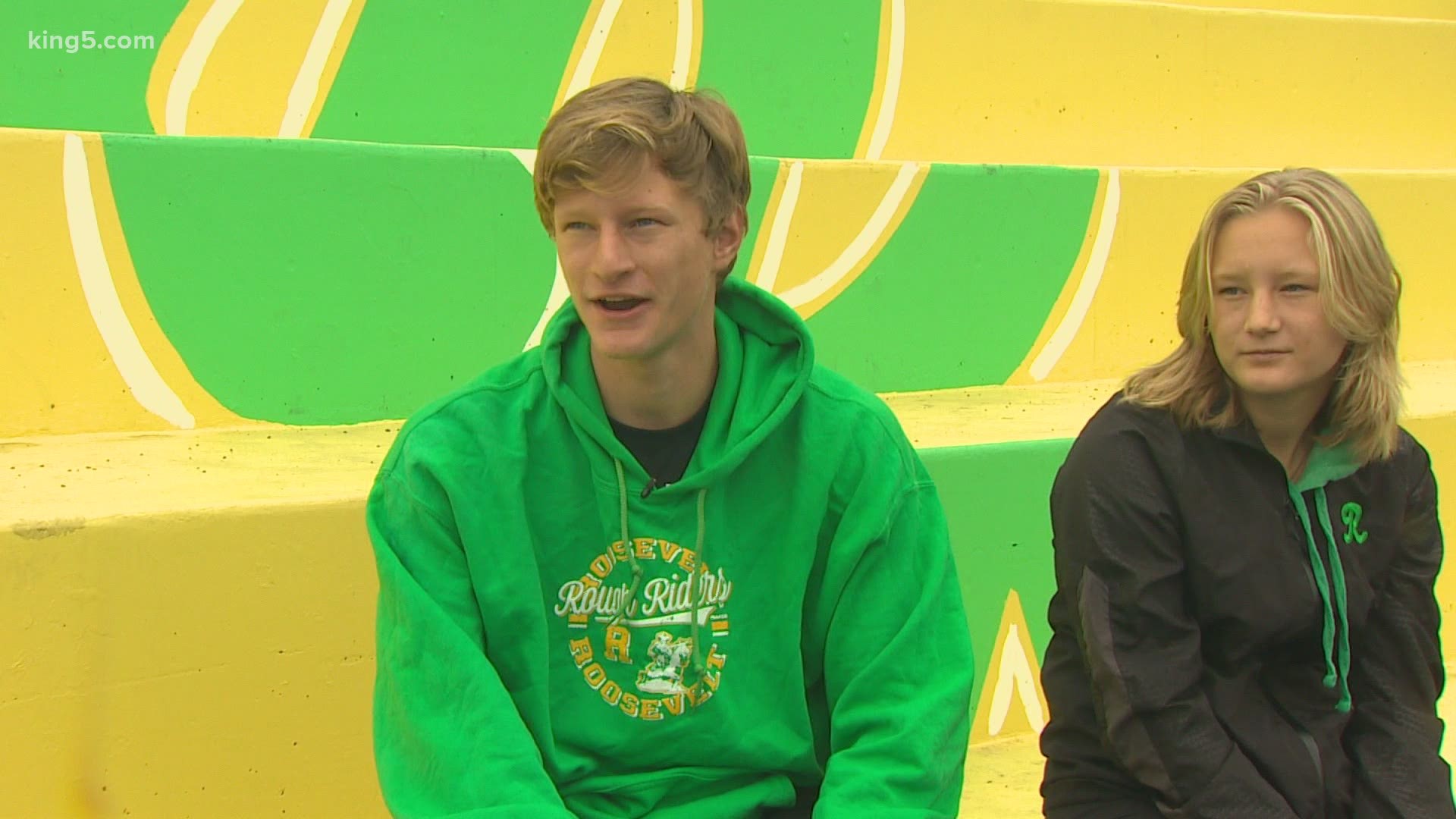 SEATTLE — The pandemic forced the class of 2020 to miss spring sports, graduations and senior proms, and the class of 2021 is also fighting a tough battle with academics, sports and recruiting.

But through it all, twins Eric and Sarah Bell at Roosevelt High School, said the pandemic has brought them closer together on and off the soccer field. It's also shown them what it means to persevere through uncertain times.

Over the past seven months, Eric and Sarah have spent a lot of time passing the ball to each other.

“I love it a lot. She pushes me even in soccer just for example, right now, when we can't train with other people, you know because of COVID and everything so she's come out here and three four times a week we just come out here and practice together and kind of push ourselves and I think that's great,” said Eric.

When the pandemic shut down high school and club sports, Eric and Sarah knew they had to stay active. Both are seniors at Roosevelt and both dream of playing soccer in college, but the recruiting process has not been easy for the class of 2021.

“It’s been, it’s been quite a roller coaster,” said Sarah.

“For tournaments for example if we go to a tournament or something. Division One coaches cannot go to that tournament and it's a recruiting event. So, yeah, it's tough,” said Eric.

Getting attention from college coaches is not their only hurdle. Sarah is thinking about attending a military academy, and while some colleges are not requiring SAT or ACT test scores, military schools still are. Sarah had four tests in Washington state cancelled, so she had to fly out of state to take a test.

“It's been really challenging, but overall, I think having somebody else to hold you accountable. And you kind of hold yourself accountable for holding them accountable, it goes both ways, but it's been a really good learning experience and I think my mental mindset has grown a lot,” said Sarah.

The twins have leaned on each other during these times, but it’s their parents that taught them about working hard through adversity.

"Corona, in general, that's adversity. To come here and work harder get, get better and ultimately try to go to college and play soccer which is my goal. And that's, that's the adversity, you've got to fight. And that's what they've taught me,” said Eric.

Sarah and Eric are now back practicing with their club teams. They’ve come a long way since they started playing together when they were just five-years-old.

“Actually, she was the only girl on the entire team, it was a co-ed team and yeah a couple other girls tried out but they quit and she just kind of stayed and then even when it went to a non co-ed she would just come and practice with us, which was pretty great,” said Eric.

“It's actually been like a built in best friend and teammate. I mean Eric's been like my best friend, like for forever but, I feel like in COVID, we've definitely gotten closer, we've hung out more with each other, which has been nice,” said Sarah.

It’s not the senior year they hoped for, but the Bells are making the most of it.

Both twins are also very good in the classroom -- Eric has a 3.85 GPA and Sarah has a 3.92 GPA, and she’s also proud that she’s older by one minute.