Fight Promoter Rick Little said at first, he was uncomfortable with the idea of two young girls fighting in his event but was convinced otherwise. 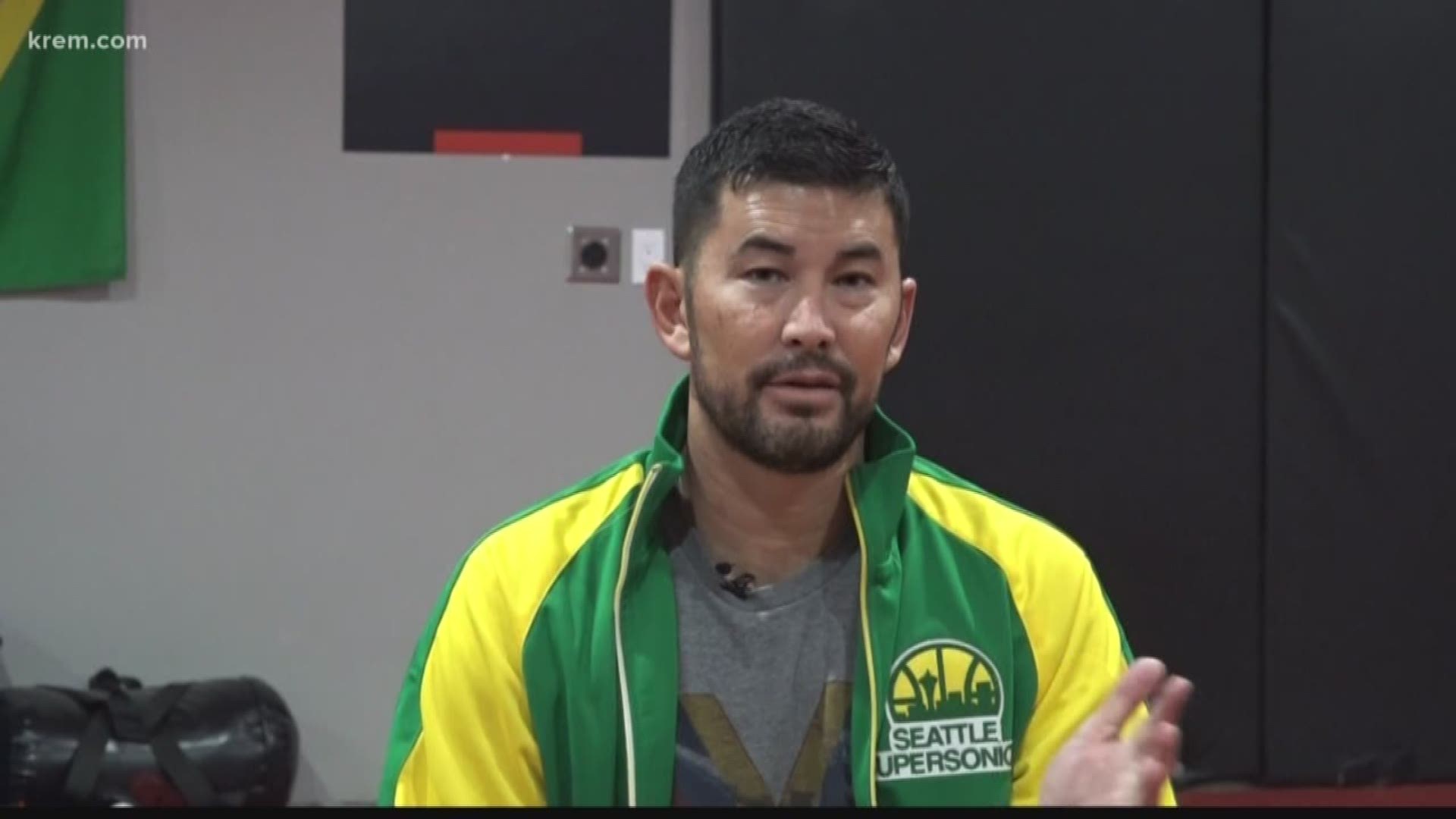 SPOKANE, Wash. — An MMA fight between two pre-teen girls is scheduled for Conquest of the Cage at Northern Quest on Friday night.

Darina Glassburn, from Seattle, and Lol ‘Flower’ Papdatos, from Belgium, are both around the age of 12, weigh about 80 pounds and have been training to be fighters since they were about 3 years old.

KREM 2 spoke to the promoter for the Conquest of the Cage fights about why he decided to allow these girls to participate in this event.

“At first it was a stiff no,” said fight promoter Rick Little.

Little said at first, he was uncomfortable with the idea of two young girls fighting in his event but was convinced otherwise by the girls’ parents and their trainers.

Little said it gave him the “heebie-jeebies.”

Papadatos’ mother is an MMA fighter, Little said, and has been training with her mom her whole life.

“She can answer if her kids ready,” he said.

Little said Glassburn was trained by one of his good friends in Seattle and has always bragged that she was the next big prodigy in the sport. He said both of their trainers were adamant that they are “dangerous” fighters and that the match would be good for them.

Rick Little
This might be too controversial for many but too bad. If you seen these 2 mini monsters train then you would see they NEED to be under the lights competing! Your semi-main event Lola Papadatos will...

Little explained that he’s not allowing this fight as a spectacle. He said both girls are the same size, have the same experience and are obsessed with the sport.

“I truly believe they are more skilled than anybody,” he said.

When asked if he found it to be appropriate for these children to participate in a MMA fight, he said he believes local fans who attend the Conquest of the Cage events respect the sport. He believes his events aren’t low budget and the athletes that fight in his matches are from “respectable gyms.”

Little said he believes MMA is safer than children’s football and soccer.

The fight will have the same rules as an adult amateur fight, Little said, with no knees or elbows to the face, just punching, kicking, leg locks, etc.

The girls will fight close to the main event. Little believes the fight will “steal the show” but if it goes wrong, he knows it will be on him.

KREM 2 reached out to the Washington State Department of Licensing, which controls the State Athletic Commission. The commission is in charge of sanctioning amateur and professional fights. In the state of Washington, you have to be 12-years-old to obtain a amateur fighters license. But, a DOL spokesperson said because the fight is on tribal land, the state does not have jurisdiction unless they are invited on to the property.

Little said women have been some of his best students because they fight hard and with respect.

KREM reached out to Northern Quest for comment. The resort and casino said Excite Fight is producing the event and Little is the promoter who is the spokesperson for the fight.

You can watch the fight at Northern Quest here.

RELATED: Formerly homeless man inspires at Spokane gym: 'I can come here and better myself'

RELATED: 'Will you marry me?' tattoo helps MMA fighter propose