The MLS Cup will be aboard the Wenatchee ferry on Friday morning. 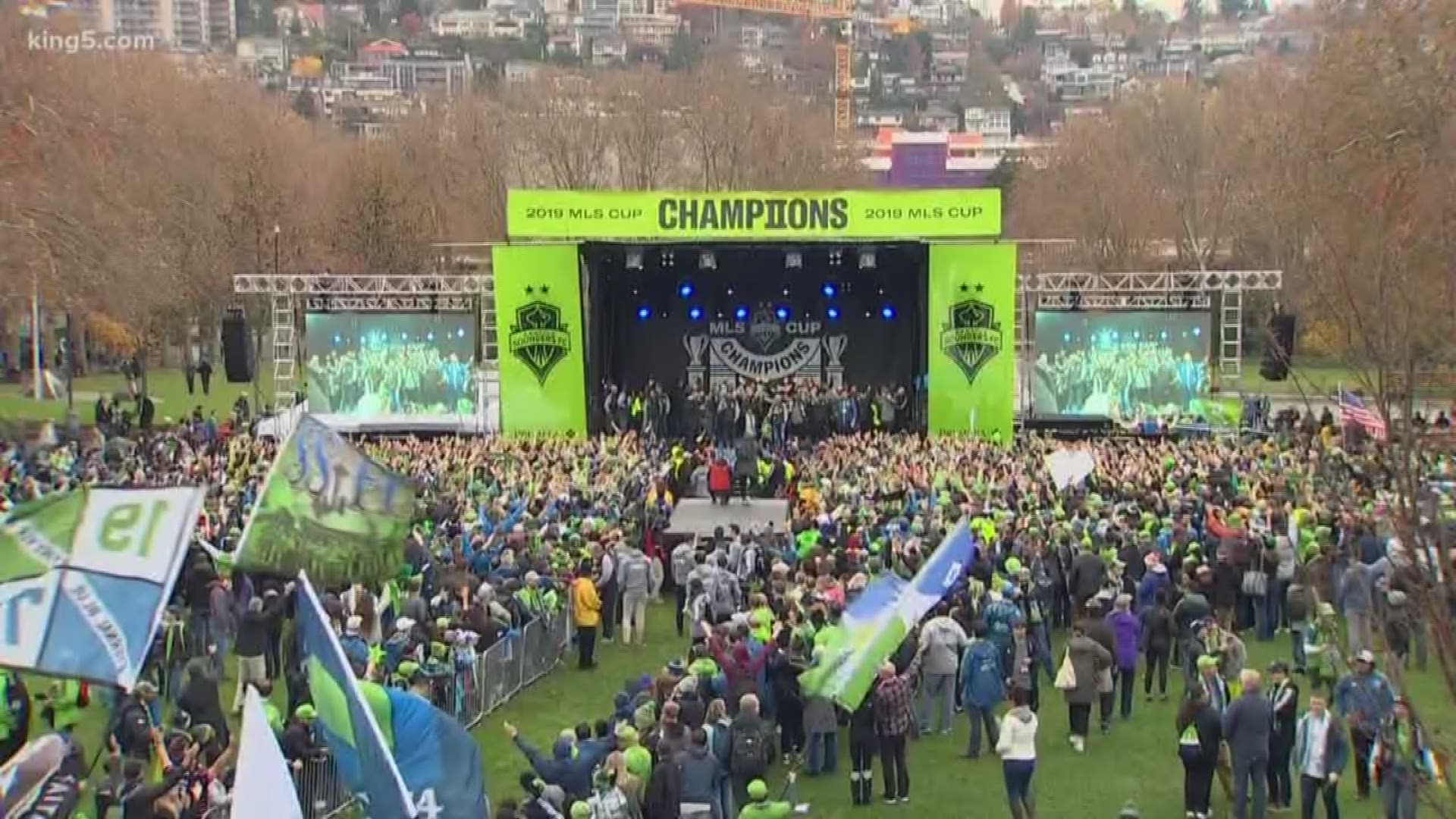 SEATTLE — Sounders fans will have a chance to see both of the team's MLS Cups up close Friday morning aboard Washington State Ferries.

The Sounders celebrated their second MLS championship during a parade and rally Tuesday, riding on a double-decker bus through downtown Seattle and waving to thousands of fans.

The Sounders defeated Toronto FC 3-1 on Sunday at home to capture the trophy. Fans were so excited during the game that CenturyLink shaked, and seismologists recorded a "soccer shake" during the championship game, lighting up a seismogram.

The team won its first MLS Cup against Toronto in 2016.