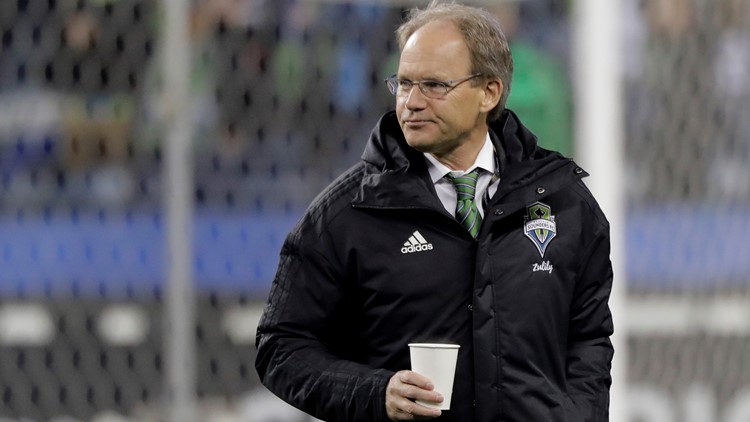 Photo by: AP
Seattle Sounders coach Brian Schmetzer walks on the field before a CONCACAF Champions League soccer match against Olimpia, Thursday, Feb. 27, 2020, in Seattle. The match ended with a 2-2 tie for a 4-4 aggregate score in the two-game series; Olimpia won on penalty kicks to advance to the next round. (AP Photo/Ted S. Warren)

Sounders lose on penalty kicks to CD Olimpia, 4-2 to get knocked out of the CONCACAF Champions League tournament.

Seattle had a 2-1 in the 85th minute of regulation when Carlos Pineda scored the equalizer for CD Olimpia.

The match went to penalty kicks immediately after regulation.  The Sounders scored on their first two PK's.

Raul Ruidiaz hit a cheeky shot down the middle and Joao Paulo found the back of the net.  Seattle then missed their next two shots.  Cristian Roldan went too high and Kelvin Leerdam was stopped by the keeper.

CD Olimpia hit on all four penalty kicks.  It's their first win in the knockout round of the CCL.  They'll face Montreal in the quarterfinals.