This makes Seattle's 12th straight trip to the post-season. 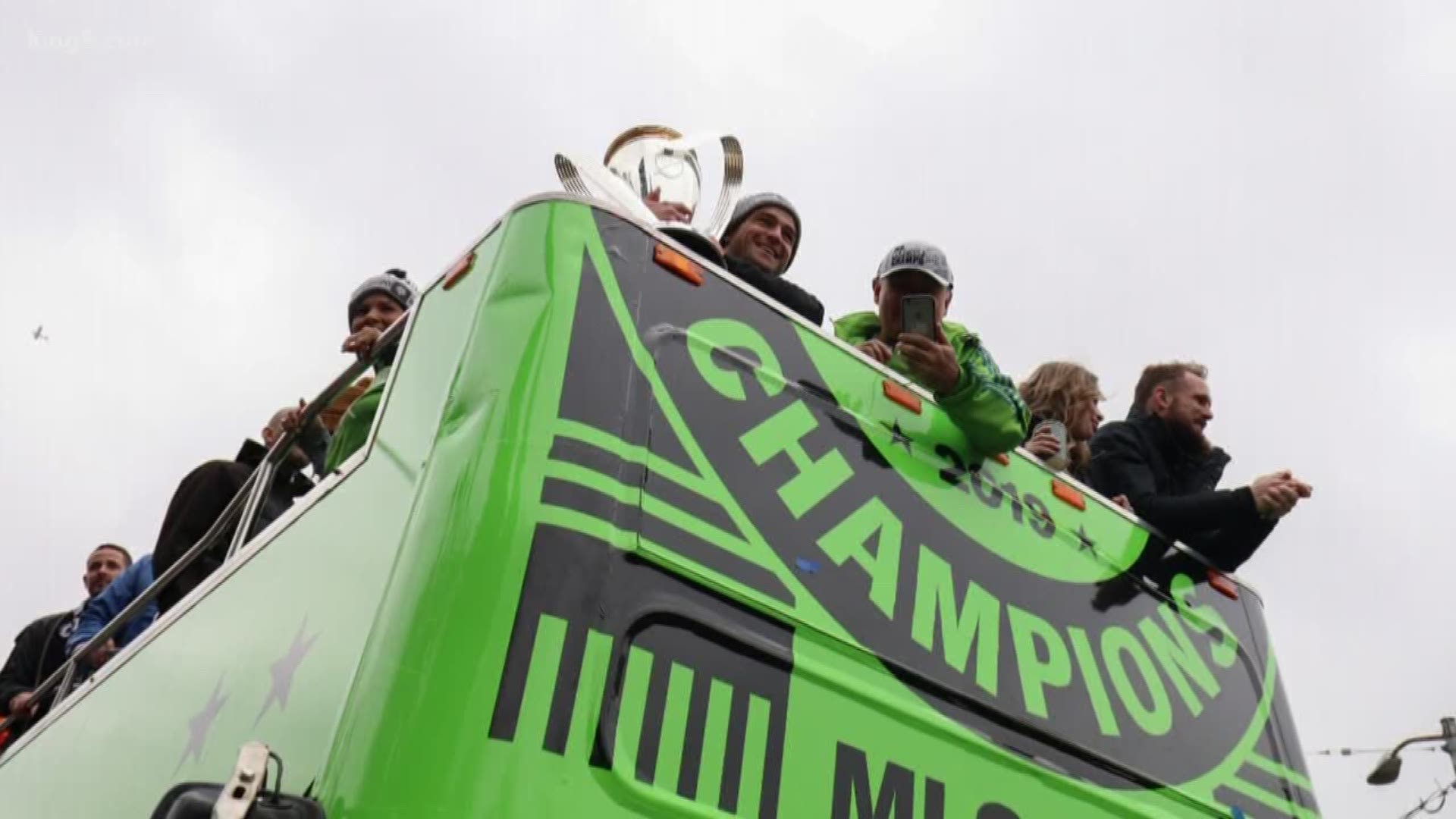 PORTLAND, Ore. — Editor's note: This video is from the 2019 Sounders' victory parade, after they won their second Major League Soccer title.

Raul Ruidiaz returned to the lineup after testing positive for coronavirus an posted a goal and an assist, and the Seattle Sounders clinched a spot in the playoffs with a 2-0 victory over the Vancouver Whitecaps.

The defending MLS Cup champion Sounders secured their 12th straight trip to the postseason. The win also pushed Seattle to the top of the Western Conference standings. Vancouver is fighting for a playoff spot in the West with just two games to go.