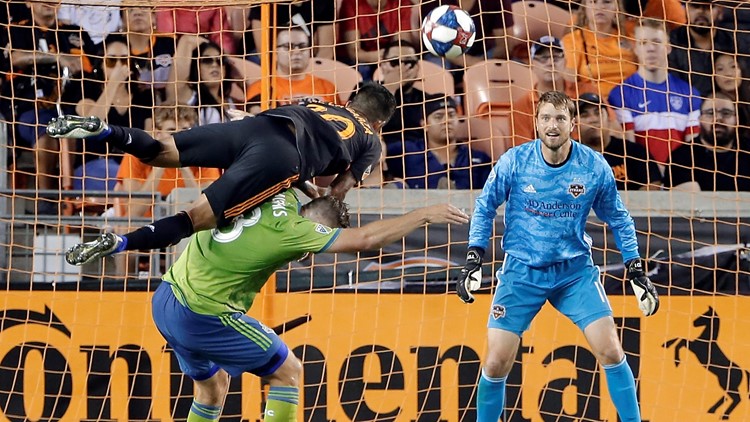 HOUSTON (AP) — Jordan Morris scored in the 59th minute in the Seattle Sounders' 1-0 victory over the Houston Dynamo on Saturday night.

The goal was quite unusual as Morris, who now has five goals, was alone in the box with several defenders as Harry Shipp sent in a cross from the right. Morris moved under defender AJ Delagarza, leaving the ball for Aljaz Stuna to clear. Struna failed to get any effort on the ball and Morris was able to get to it and flick it over his own head. He turned and beat goalkeeper Tyler Deric to the ball, nudging it toward the far post. Maynor Figueroa overran the play and the soft roller went behind him and off the post. The Dynamo pleaded for a foul call on the undercut.

Stefan Frei had three saves for his seventh shutout for Seattle (11-6-5). The Sounders moved into second place in the Western Conference.