'This is what the city needs:' Sounders fans feel the excitement ahead of MLS Cup

A replica trophy will be under the clock at Pike Place Market until Friday night so fans can take a photo with it. 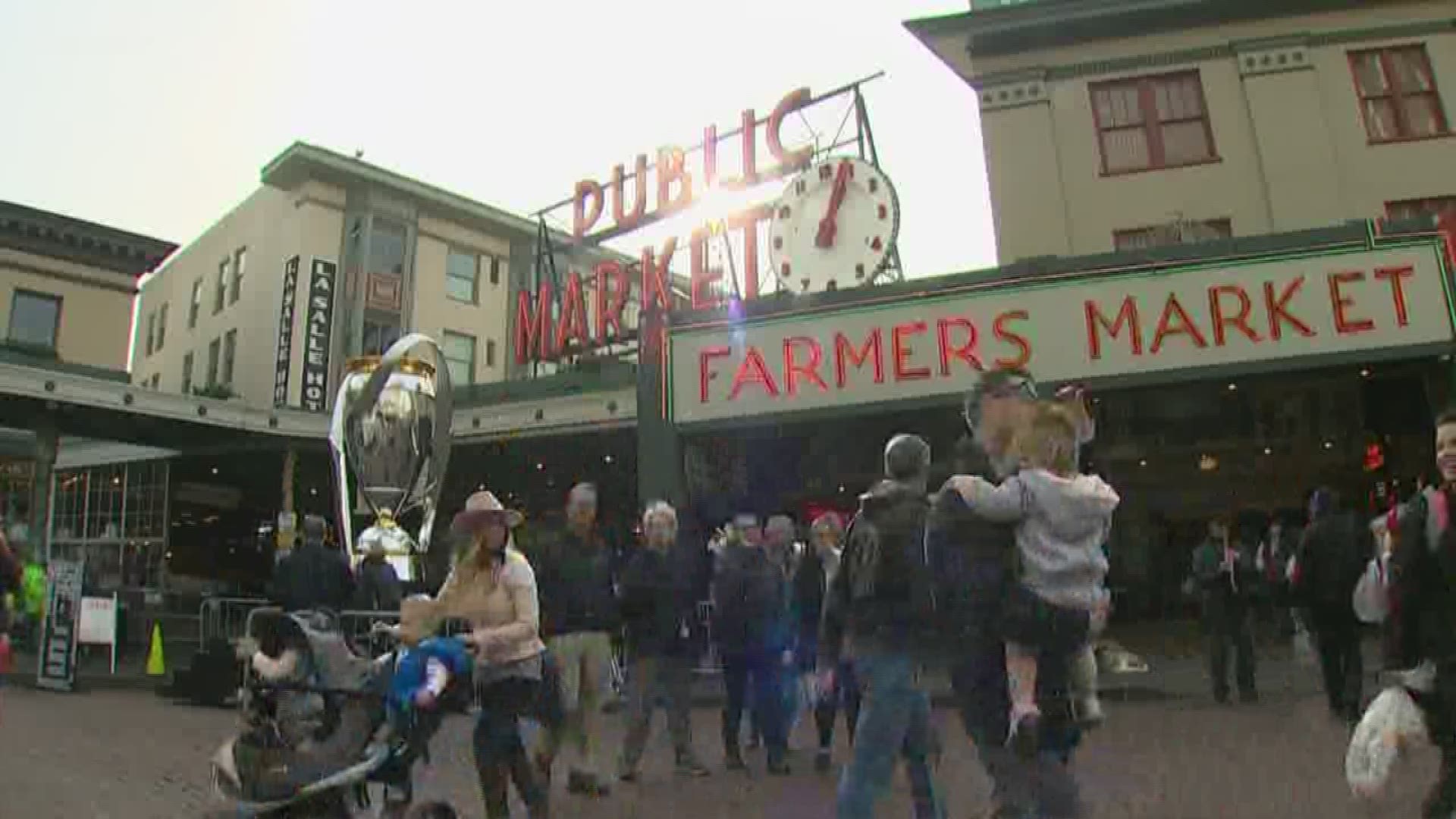 SEATTLE — A larger than life MLS Cup is teasing Sounder’s fans - fueling thoughts of what could be.

“This is what the city needs, man. We need this good energy. Business jumps. Everything is good when we bring trophies home,” said Sounders fan Jaebadiah Gardner.

This Sunday, the Seattle Sounders host Toronto FC in the MLS Cup. It's the first championship game Seattle will both host and play in. Tickets to the game itself, all 69,000 seats are sold out – gone in just twenty minutes.

This larger-than-life trophy is not only a reminder of how far the team has come – but how much ground the sport of soccer has gained in a country where the other football is king.

“When we first arrived in North America, I couldn’t believe how little kids were out playing soccer ... it has taken a while but this is great,” said Bill Brannen a long-time Seattleite originally from Scotland. 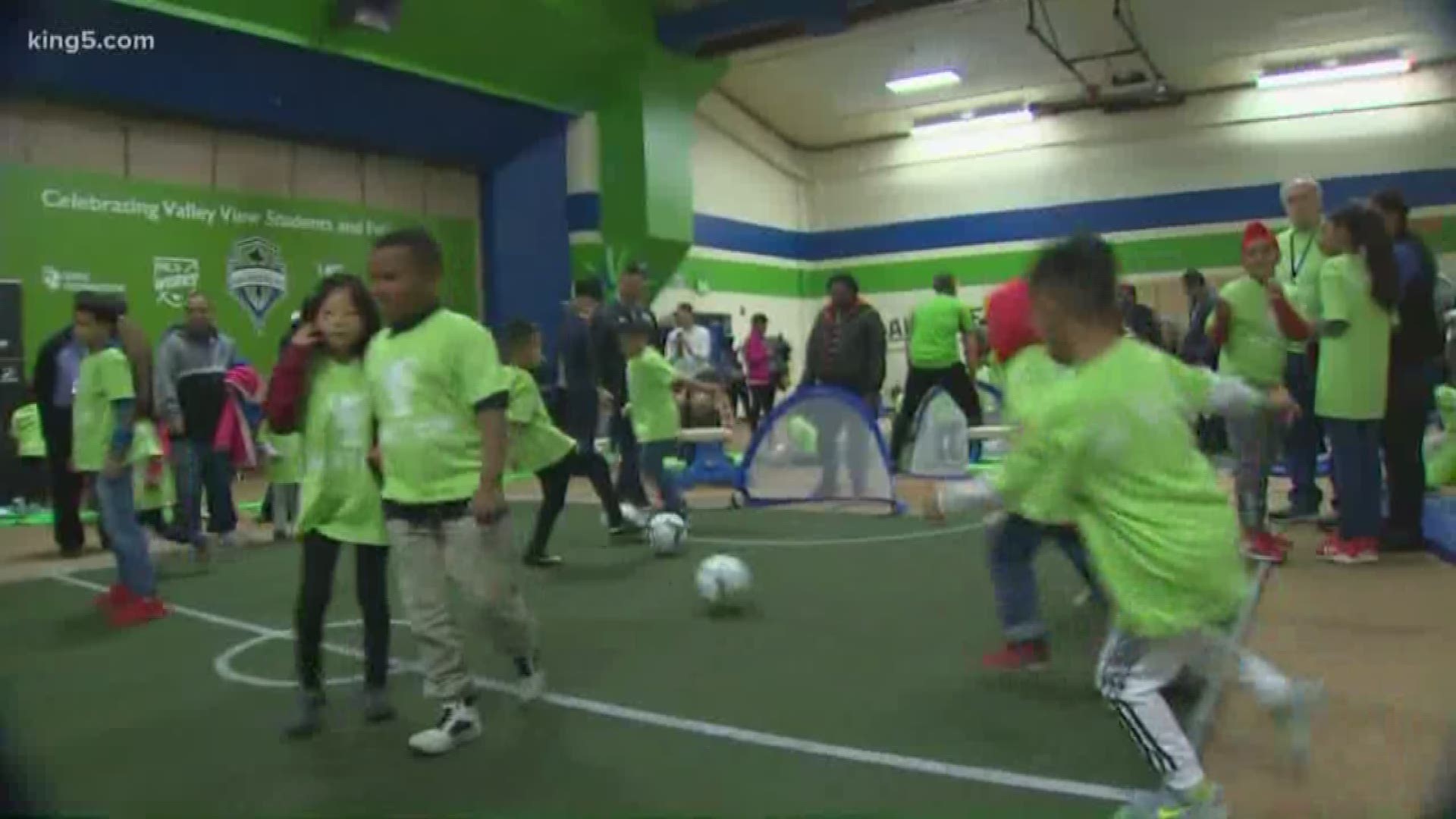 Yes, life is great now. But a win Sunday would make things even better.

So get your picture while you can. The replica trophy will be under the clock at Pike Place until Friday night. But if all goes according to plan, the replica will soon be replaced by the real thing.