Approximately 7,000 fans will be allowed inside Lumen Field for the Sounders FC’s first five home matches. 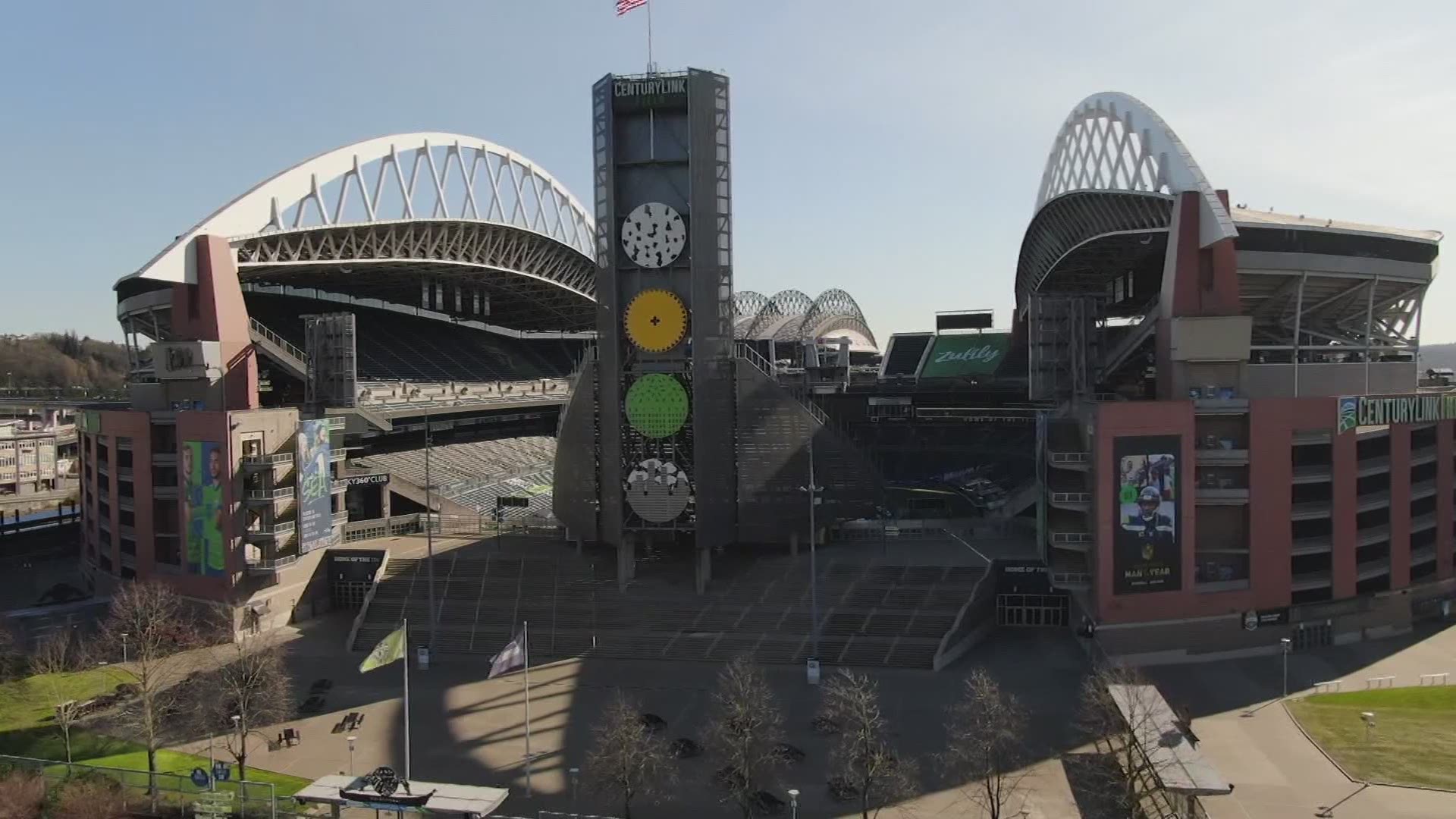 SEATTLE — Editor's note: The above video originally aired in March 2021 when Gov. Jay Inslee announced fans would be allowed at sporting events.

Sounders FC will welcome fans back to the stands for their MLS opener on April 16.

The club announced Monday it would host about 7,000 fans at Lumen Field in Seattle for the first five home matches after receiving approval from state and county health officials.

Under Phase 3 of Washington’s COVID-19 reopening plan, outdoor sporting events are allowed to have up to 9,000 fans or 25% of venue capacity, whichever is fewer.

As part of the Lumen Field reopening plan, there will be COVID-19-specific procedures in place. Fans must wear masks, except when eating or drinking, and will be seated in ticket groups. Those pods, which can include up to six tickets, will be seated 6 feet apart. No paper tickets will be printed, and fans will scan their tickets from a mobile device at self-service ticket scanners. Lumen Field’s clear bag policy still stands.

Sounders FC will open the MLS season against Minnesota United next Friday at 6:30 p.m.

Last week about 9,000 fans were allowed to attend the Mariners' Opening Day at T-Mobile Park under similar safety protocols.