Seattle's Megan Rapinoe and her UW Women's Soccer teammates have made headlines for more than one reason. 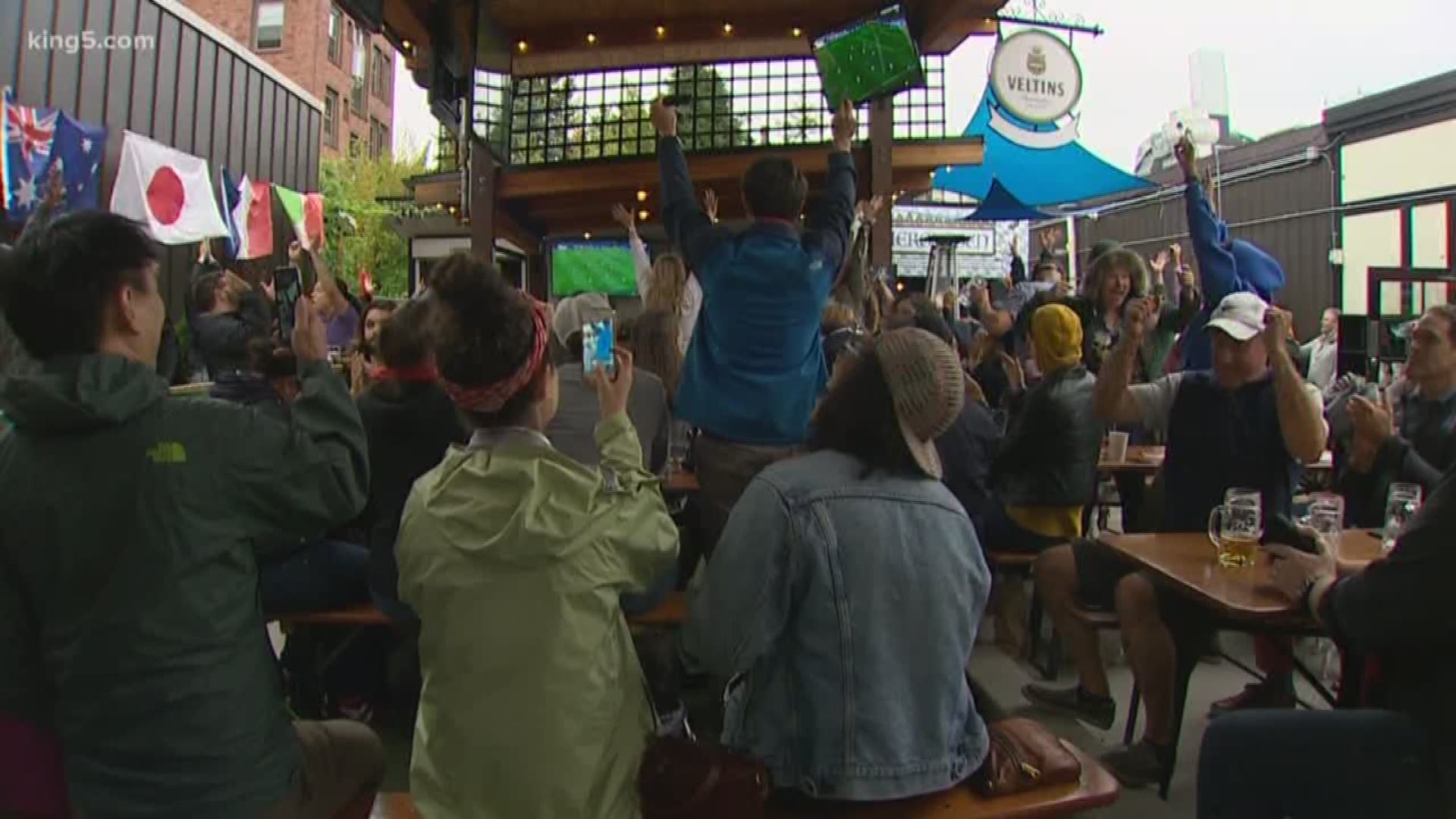 A rainbow flag hung from the ceiling of a Seattle patio, as hundreds of soccer fans gathered below, wincing and cheering at every move on the big screen.

"People are excited to see women play sports," said an excited Katie Bainbridge of San Francisco. She watched with friends, new and old, as the US Women's World Cup semifinal played at Rhein Haus on Capitol Hill.  "It's a fun time, it's a good cause, what's not to like?"

The event was sponsored by the Reign FC, the home team of US Captain Megan Rapinoe and Allie Long. Jodie Taylor, who played for England in the match, is also a member of the Reign.

Rapinoe and her teammates have been celebrated for their on-field play — and off-field activism.

The 33-year-old Rapinoe has been a voice on gender and pay equity and LGBTQ rights. She also has also recently voiced her stance against President Trump.

Those comments were backed Tuesday by her partner, and Seattle Storm star, Sue Bird in a lengthy essay on the Players Tribune.

Soccer fan Veronica Arreola of Chicago was visiting Seattle during Tuesday's game. "I love her. I welcome everyone who has come to the church of Megan Rapinoe over the last few weeks," Arreola said. "She has shown you can be a world class athlete and a world class supporter of equal rights for everyone."

Corinne Kerr of Seattle agrees, "She has a voice in the world to talk about issues that people don't necessarily feel comfortable talking about."

Rapinoe, along with teammate Alex Morgan, and more than 20 other players are also suing US Soccer, claiming gender discrimination. The suit was unusual, in that it was filed right as the team was gearing up to compete in this World Cup.

Katie Bainbridge applauds it, "The US men's team makes an incredibly more amount of money, compared to the women's team. The US men didn't make the World Cup, which is an embarrassment. It just adds to the reason why they should be getting paid at least an equal amount as men, if not more."

That fight will continue well past Sunday's World Cup final, when the US Women's Team plays on the international stage.

RELATED: Who is US soccer star Megan Rapinoe?