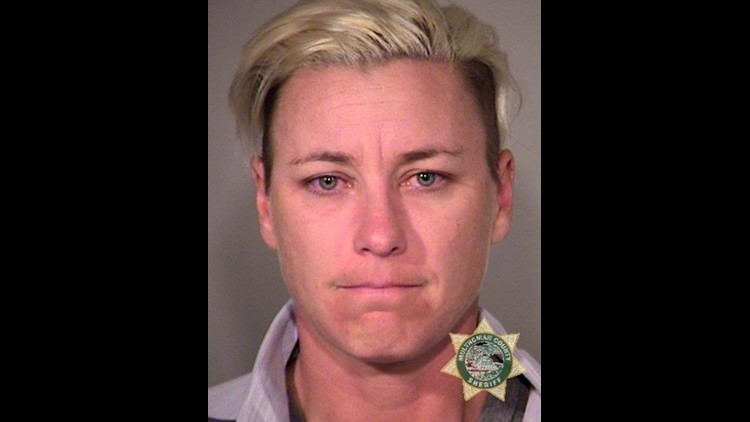 Portland Police said a sergeant stopped a Range Rover after seeing the driver run a red light at Southwest 13th Avenue and Taylor Street. The driver, Wambach, showed signs she had been drinking, police said.

Wambach, 35, who lives in Portland, failed sobriety tests and later failed a breath test, according to police. She was booked into the Multnomah County Jail and was later released on her own recognizance.

Police said Wambach was polite and cooperative during the investigation.

Last night I was arrested for DUII in Portland after dinner at a friend's house.
Those that know me, know that I have always demanded excellence from myself. I have let myself and others down.
I take full responsibility for my actions. This is all on me. I promise that I will do whatever it takes to ensure that my horrible mistake is never repeated.
I am so sorry to my family, friends, fans and those that look to follow a better example.

Wambach holds the world record for most international goals scored. Seattle Reign FC held the rights to her in a trade with Western New York Flash before her retirement in late 2015.