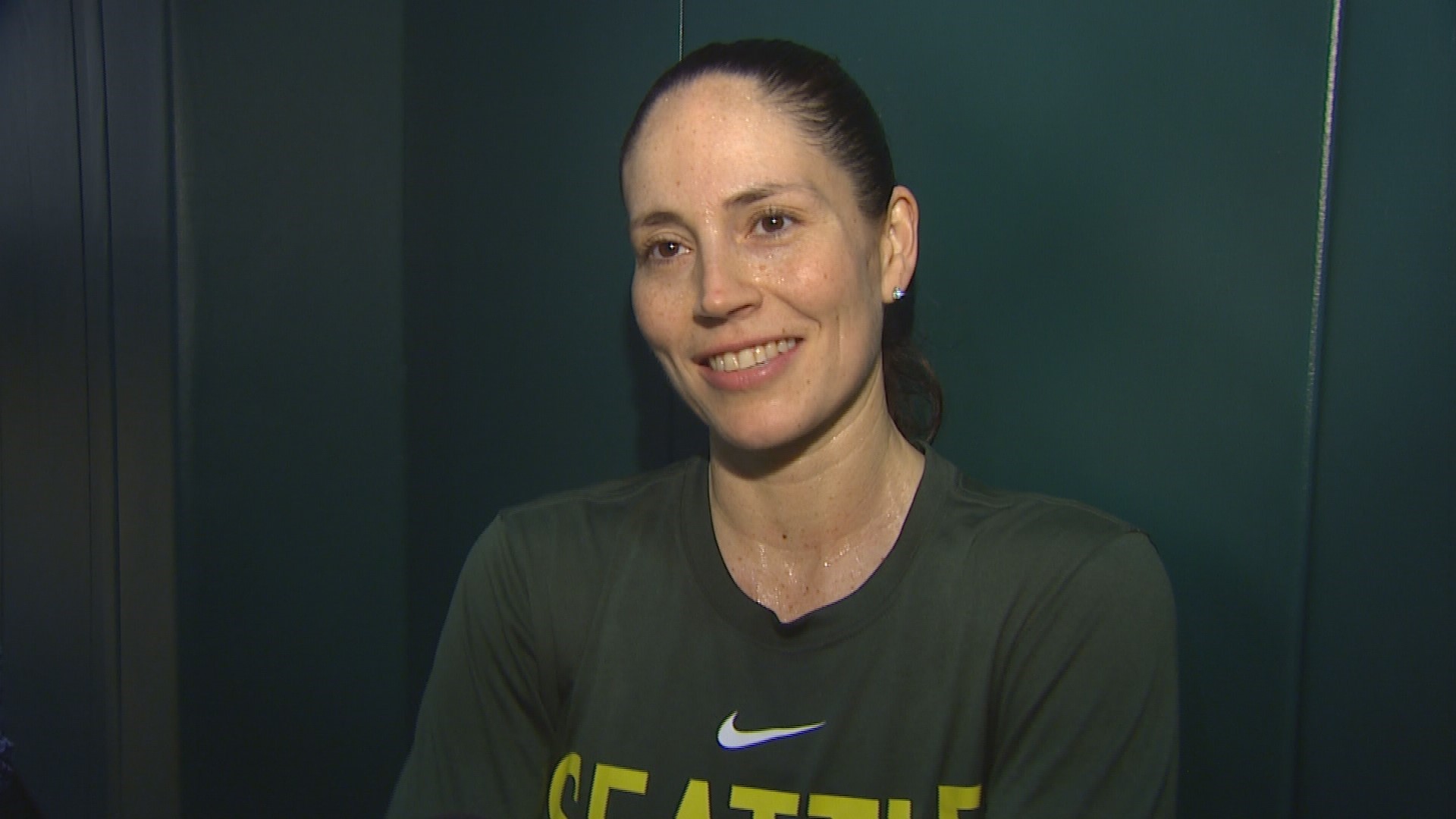 WNBA Champion Sue Bird laughs in the face of retirement.

"If I'm still capable, if I still enjoy it, why wouldn't I keep doing my job?" Bird said Sunday.

The Seattle Storm point guard confirmed in September she would return for her 17th WNBA season. She has spent her career in Seattle and helped lead the team to their third championship title last season.

"In some ways, I feel proud that I'm still standing," she said.

The team took to the court on Sunday for the first day of training camp. Many stars were absent -- still playing in Europe -- or, like Breanna Stewart, dealing with injuries.

The 38-year-old is used to retirement questions. The oldest player in the league for several years now, she's been asked before about retiring her jersey.

Head Coach Dan Hughes was at camp -- his recent cancer diagnosis still top of mind. Hughes said the team's been in talks for a couple of weeks about his transition while Assistant Coach Gary Kloppenburg takes the reins in his absence.

"I'm just very glad I get a chance to be with the team for a little bit before I step away," Hughes said.

Bird didn't shy away from sharing the impact of Hughes' health but remained hopeful about his prognosis.

"It makes you realize, basketball is just a sport," she said. "Like, who cares? We just want him to be happy, and more than anything, healthy.”

The Storm's regular season starts May 25.