The team's so-called expansion draft will be held Wednesday in a made-for-tv event broadcast by ESPN. 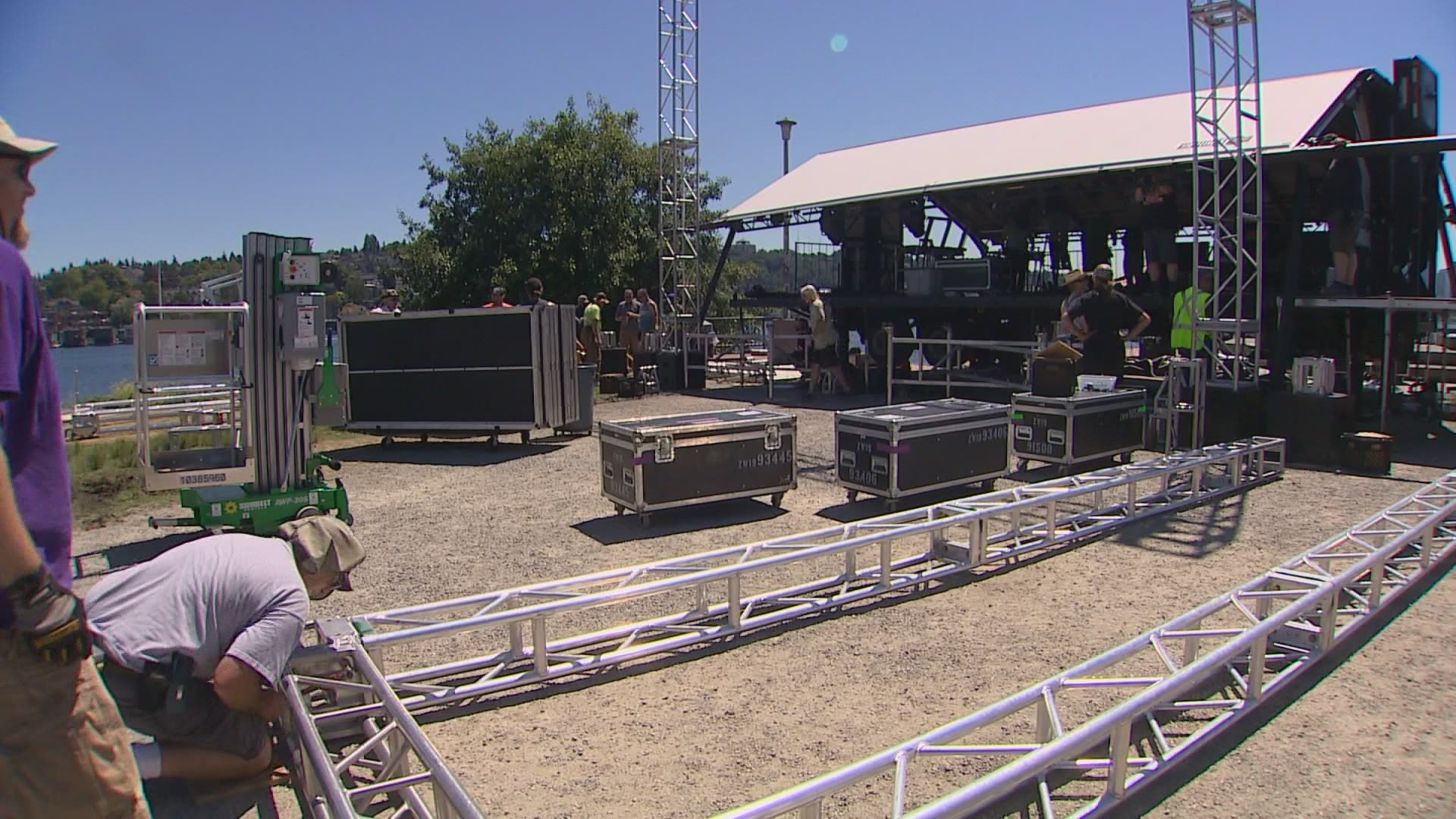 SEATTLE — The stage is nearly set for a moment that is more than a decade in the making.

On Monday, production crews were rapidly assembling a stage at Seattle's Gasworks Park that will help introduce the first class of Seattle Kraken players.

The team's so-called expansion draft will be held Wednesday in a made-for-tv event broadcast by ESPN. The Kraken will pick players from established rosters of 30 other franchises to come up with their initial team. At least a few are scheduled to be introduced in person, when the event gets underway at 5 p.m.

The 5,000 or so seats have been accounted for, and the Kraken are suggesting that people try to view the event from the water. The franchise is establishing a barge with a big screen and sound system.

The event has the potential to be a civic celebration for fans who have followed the twists and turns of the Arena debate, and NHL expansion process, and people who have been locked up for the last year due to the pandemic.

It will be a star-studded event, with the likes of Macklemore, Sue Bird, Shawn Kemp, and Gary Payton all expected to be on hand to announce the new players.

Matt Jensen, the general manager of the Lake Union based Electric Boat Company, says his office has been flooded with calls asking for Wednesday availability. Of 30 pontoon boats, most are already booked, he said.  It's a nice little boost after months of COVID-related impacts to his neighbors and the mental fatigue of the pandemic, he said.

The event also signals that two major related civic projects are close to completion. Climate Pledge Arena at Seattle Center is due to open in October. The Kraken Community IcePlex, which is part of a major redevelopment of the old Northgate Mall site, is scheduled to open to the public around Labor Day weekend.

As far as the Expansion Draft event, it is strongly advised that you carpool or take public transit to the area.  There will be no public parking at the Gasworks site.