Leaf was inducted into the WSU Hall of Fame on Friday in Spokane. 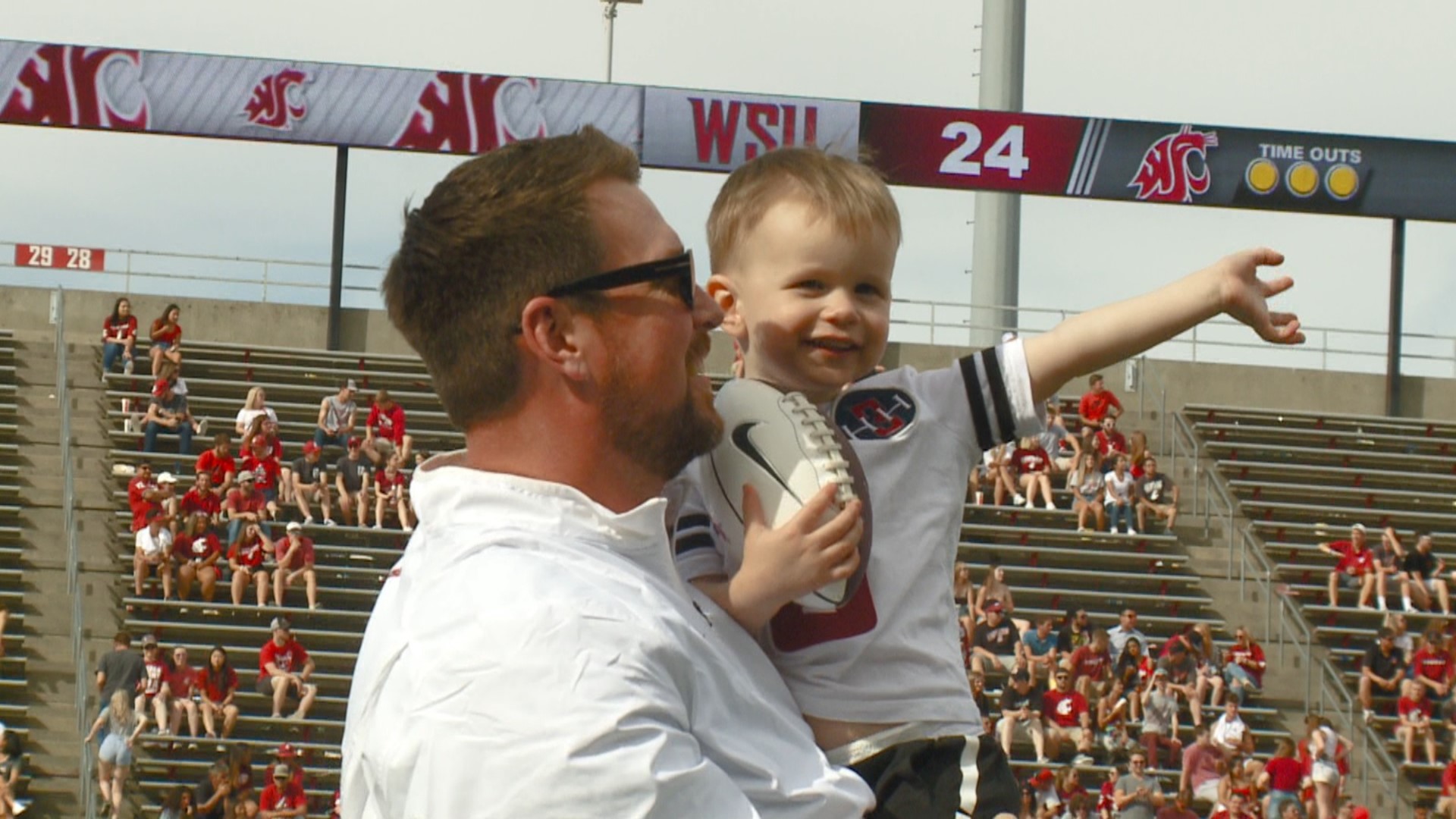 PULLMAN, Wash. — WSU defeated Northern Colorado Saturday, but perhaps the highlight of the day for Coug fans came during halftime.

It’s then when the school introduced former Coug quarterback Ryan Leaf as a member of the 2019 WSU Hall of Fame class.

“No, never,” said Leaf when asked if he saw this moment coming when he left prison four years ago. “It wasn't something I was thinking about.”

Leaf's story has been full of twists and turns.

For the last four years though, he's taken it one step at a time.

Eventually, that led him to this weekend.

“I was just trying to put one foot in front of the other and try to do the next right thing. These types of things happen when you do that and opportunities present themselves. It just shows that we're making a great impact out there with the things we're doing.”

Leaf was at first hesitant to accept the honor.

His mentors though encouraged him to keep walking his journey.

“Being inducted into the Hall of Fame is kind of all about you, and that was always my problem. But they also made it very clear that none of this happens if it weren't for the last four and a half years of my life. It would be silly not to go and celebrate.”

He's not only celebrating his induction this weekend.

It's about celebrating the people who walked, or quite literally ran, with him as well.

So Ryan remembers those people and those memories as he creates new memories this weekend, step by step.

“It's been wonderful,” Leaf said of the weekend. “It's been neat to be able to bring my family back to be able to celebrate some of the best memories of my life. Being a Coug and being here. I think a lot of gratitude. It's hard to actually say. Special things have gone on in my life the last few years and this is definitely one of the top of them.”