The Reign FC will soon call Tacoma home, and the Seattle Sounders' club team will now be called the Tacoma Defiance. 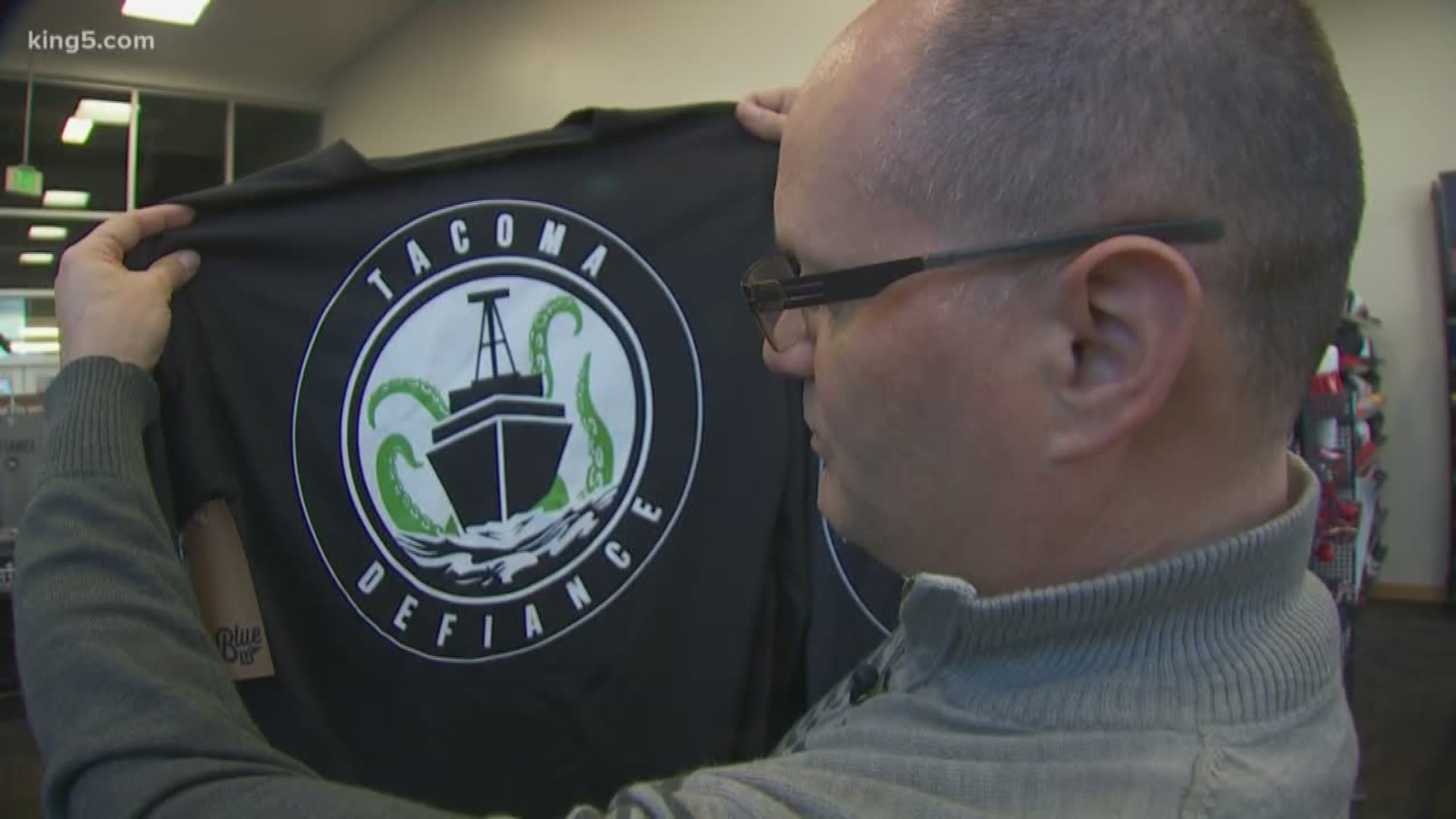 TACOMA, Wash. — Soccer is about to make a bigger splash in the South Sound, the Seattle Sounders and Tacoma Rainiers announced Wednesday.

"We genuinely are so excited for this move," said Seattle Reign FC forward Megan Rapinoe. "We see the huge upside and potential this can offer our club."

Reign FC will practice at Foss High School and is set to play in a new soccer-specific stadium in Tacoma pending a feasibility study.

Tacoma Mayor Victoria Woodards expressed her excitement that the Reign were coming to Tacoma, saying, "it doesn't get better than this."

"Girls will get to see what [respect] looks like - and the expectation of how they're treated," she said. "That makes a difference. Then they know how to grow up and demand the same thing for themselves."

Reign FC have played at Memorial Stadium in Seattle for the last five years, but NWSL requirements made it so the team needed to search for a new home to continue playing home matches in Washington. Reign FC Owner Bill Predmore acknowledged he considered moving the team to another facility between Bothell and Tukwila or even out of state, but said other area stadiums didn't meet the team's specifications. 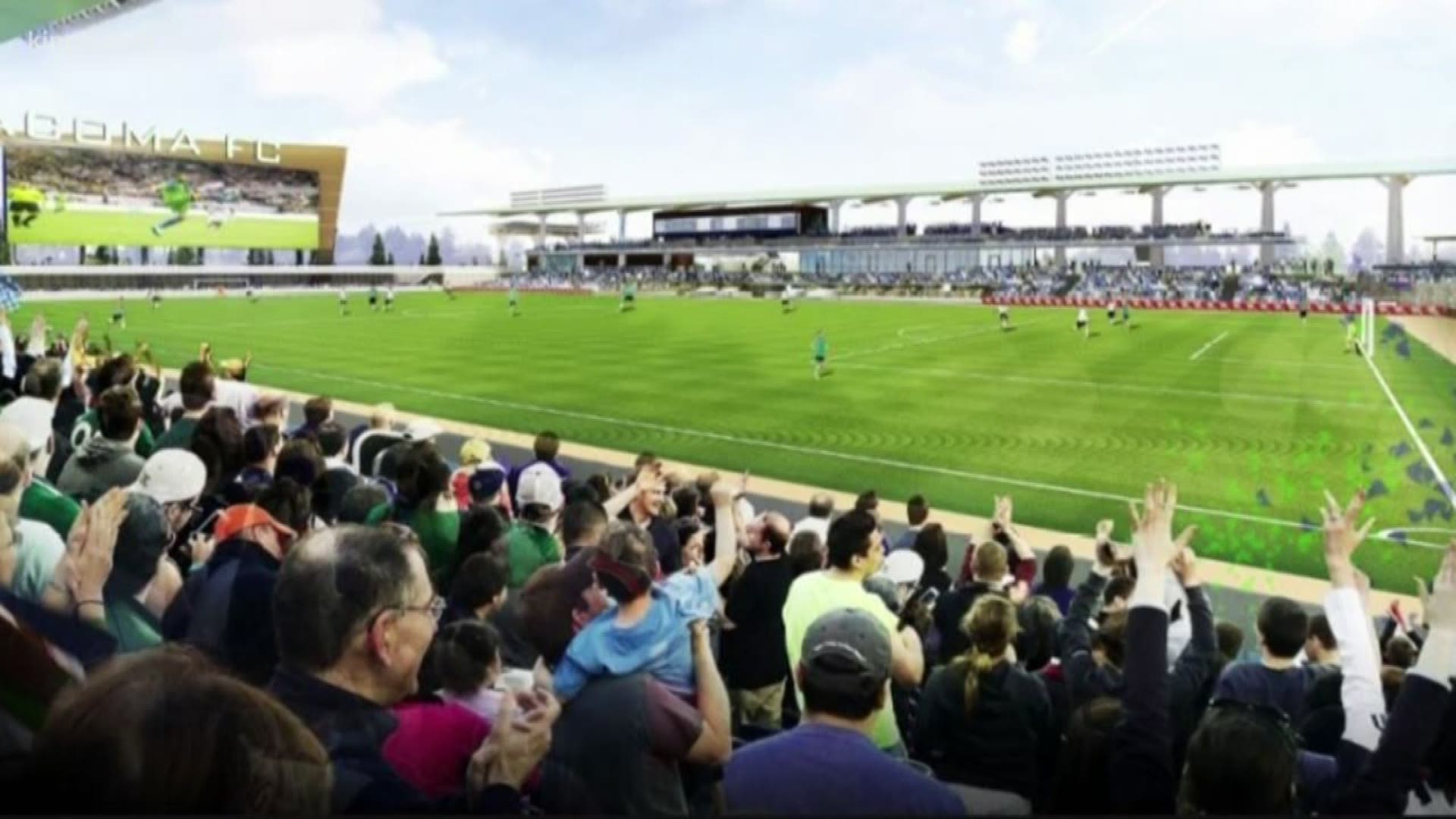 The Sounders also revealed that their Tacoma United Soccer League (USL) club, which has been known as Sounders FC 2, will be now called the Tacoma Defiance.

The Tacoma Defiance name was the product over 1,000 submissions from fans during a team name contest last year. The Defiance was the majority of submissions, according to Tacoma Rainiers President Aaron Artman.

MultiCare will be the chief sponsor of the Defiance jerseys, and will also sponsor the Reign FC.

"It creates a sense of community, and creates interest in the team as well," said teamshop manager Kyle McGilvary. "S2 was great, but it didn't feel Tacoma. Felt like we were renting the name, where as this is ours."

"People love the Rainiers, so I'm hoping this is a chance for people to fall in love with the Defiance," said fan Ben Ferguson.

The announcements were all part of a major press conference highlighting what could be the biggest development in South Sound soccer since the Tacoma Stars came on the scene in the Major Indoor Soccer League in the early 80s when current Sounders coach Preki roamed the Tacoma Dome field.

The Sounders offseason activities have already been busy with the announcement of a new jersey sponsor, from XBOX to Zulily earlier this month.

The franchise, along with the Rainiers, the AAA affiliate of the Seattle Mariners, had agreed back in May of 2017 to a partnership to bring professional soccer back to Tacoma. S2, as it has been called, has played its USL home games at Cheney Stadium, the home of the PCL's Rainiers.

The clubs already reached an agreement in 2017 to build a 5,000-seat facility in Central Tacoma near Cheney Stadium, although there has not been much movement since. It was seeking name suggestions for the rebrand until September of 2018.

Mayor Woodards said the feasibility study on the soccer stadium is underway and could be done within the next couple of months.  She said no promises were made to any of the ownership groups.  However, it’s unclear exactly who would pay for the 5,000-6,000-seat stadium.

The City has identified the land, near Cheney Stadium, which borders 19th but not the funding mechanism.  Woodards hinted it would have to be a “public-private partnership” and also have to “pencil out” for taxpayers.

But team backers are likely banking on the fact that the momentum of two different ownership groups would make it an easier proposition for the city and the Council.

Predmore openly acknowledged his frustrations with Memorial Stadium in Seattle, as it related to the future of the franchise.  He said he had been looking from Bothell to Tukwila for a new venue and even explored moving the team out of state.  Alcohol sales at Memorial Stadium, which is owned by the Seattle School District, were a known frustration for Reign fans.  That will not be an issue at Cheney.

The Tacoma Defiance is set to begin its 2019 Season at Cheney Stadium on Friday, March 8.

The Rainiers will perhaps get a boost from the M's off-season trades, with multiple upper-level prospects playing at Cheney beginning in April. 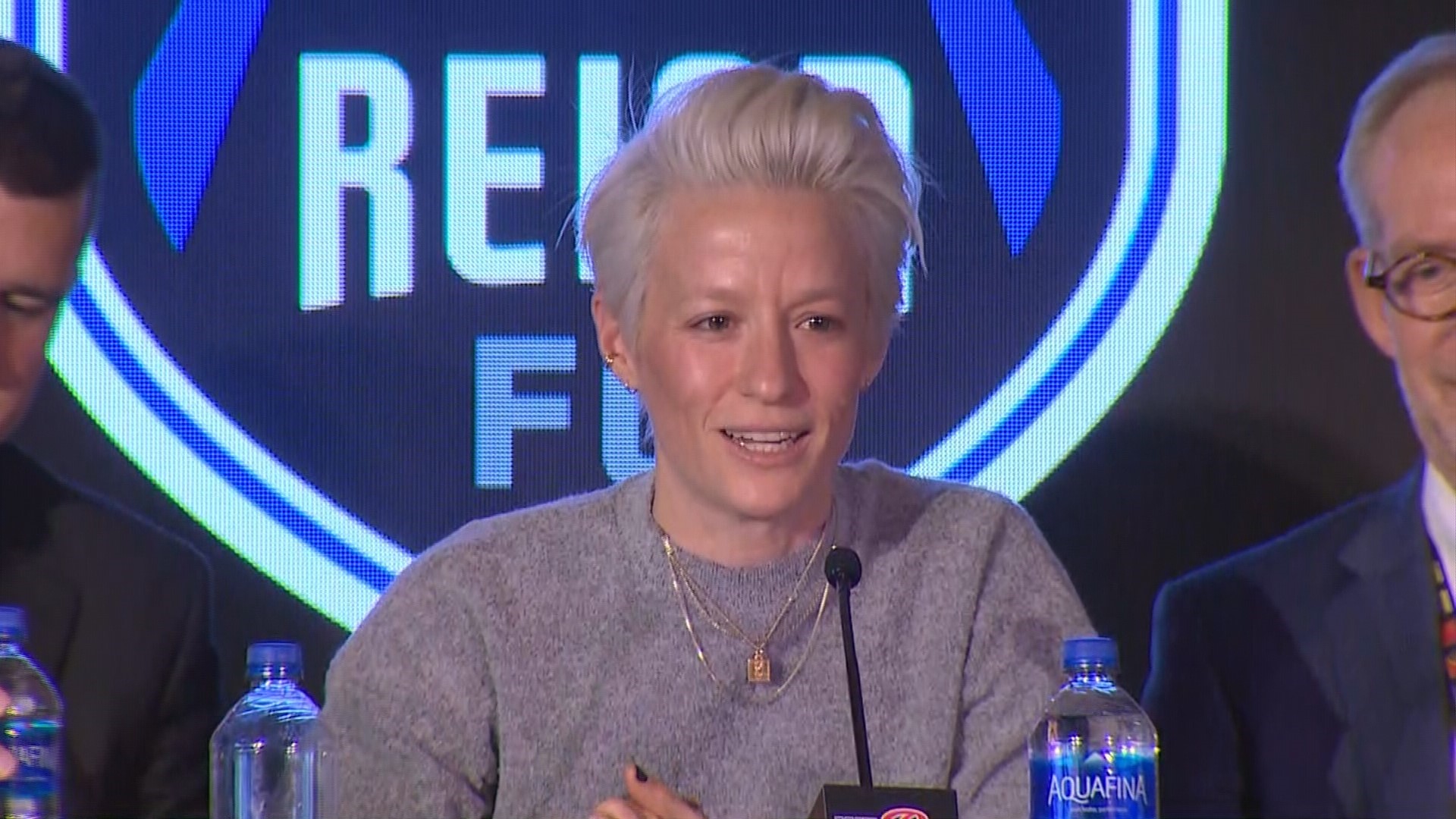