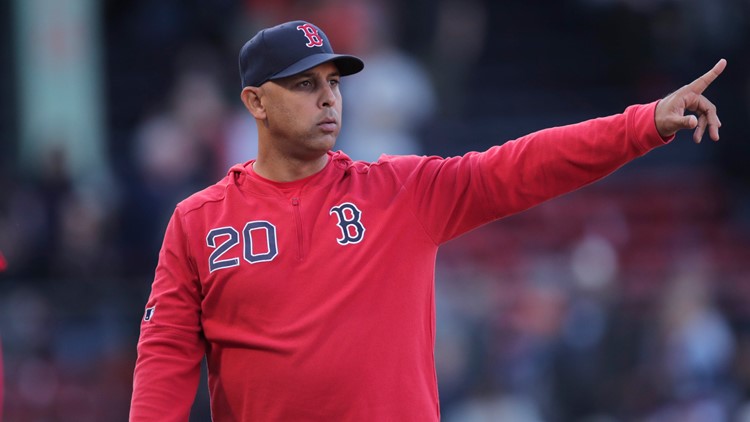 Photo by: AP
Boston Red Sox manager Alex Cora gestures toward the outfield after a win over the San Francisco Giants in a baseball game at Fenway Park in Boston, Thursday, Sept. 19, 2019. (AP Photo/Charles Krupa)

BOSTON — The Boston Red Sox have fired manager Alex Cora. The move came one day after baseball Commissioner Rob Manfred named him as a ringleader with Houston in the sport's sign-stealing scandal.

Cora was the bench coach for the Astros when they won the 2017 World Series and led Boston to the title the following year in his first season as manager.  The Red Sox are also under investigation for stealing signs in 2018.

Astros manager AJ Hinch and GM Jeff Luhnow were fired on Monday, an hour after Manfred suspended them for the 2020 season for their roles in the cheating scheme.