Olympic Dreams: A Bellevue racewalking record holder explains the rules of the sport

Racewalking is harder than it looks. Athletes must maintain contact with the ground at all times, and if not, they're sent to the penalty zone. 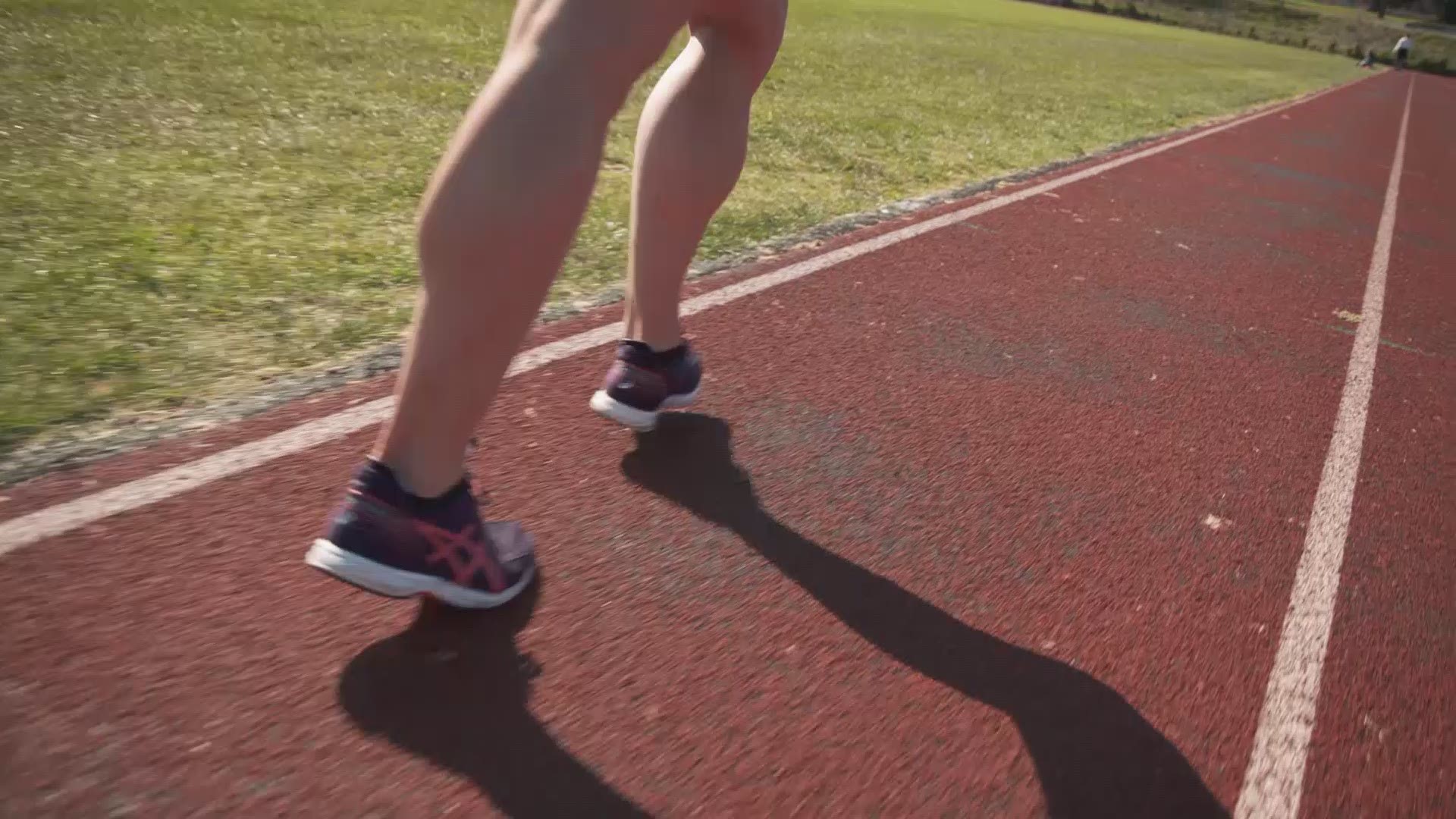 BELLEVUE, Wash — Race walking may look easy, but it’s not.

It takes endurance and speed, and athletes have to know the rules, or they could end up with a red card or a trip to the penalty zone. Katie Burnett, an American record holder in race walking, lives right here in Bellevue. She won a national title and finished 4th at the World Championships in 2017. Burnett gave King 5's Chris Egan a closer look at the sport.

“Race-walking is one of the oldest events in the Olympic games. It was actually part of the original all-around, which is now the decathlon, but they had to get rid of it, because if you got disqualified, you got zero points,” Burnett said.

“So, like, when I’m walking very fast, there's a very tiny moment where I'm off the ground, and that’s why we have judges around the track to try and catch us if we are too much off the ground,“ Burnett said.

Speed is achieved by stepping quickly. Strides are short and quick, with push-off coming forward from the ball of the foot to minimize the risk of losing contact with the ground. But if it looks like you're shifting from a walk to a run, the judges will lay down the law.

“They can give you a warning paddle, then after that, if they don’t think you have fixed it, you can get a red card and if you get three red cards you go into a penalty zone and if you come out and get a 4th red card you are you disqualified,” Burnett said.

“The straight knee is the hardest thing for people to pick up on at first," Burnett said. "It’s the classic heel-toe motion that helps with the straight knee, but some people like their quads are just too tight, and they just can't get it down,” says Burnett.

Burnett hopes to qualify for the 2021 Olympics in the coming months. The USA track and field trials will take place in Eugene, Oregon beginning on June 18.