Bipartisan support exists for a new bill in Washington state to pay college athletes for endorsements or allow them to have agents. 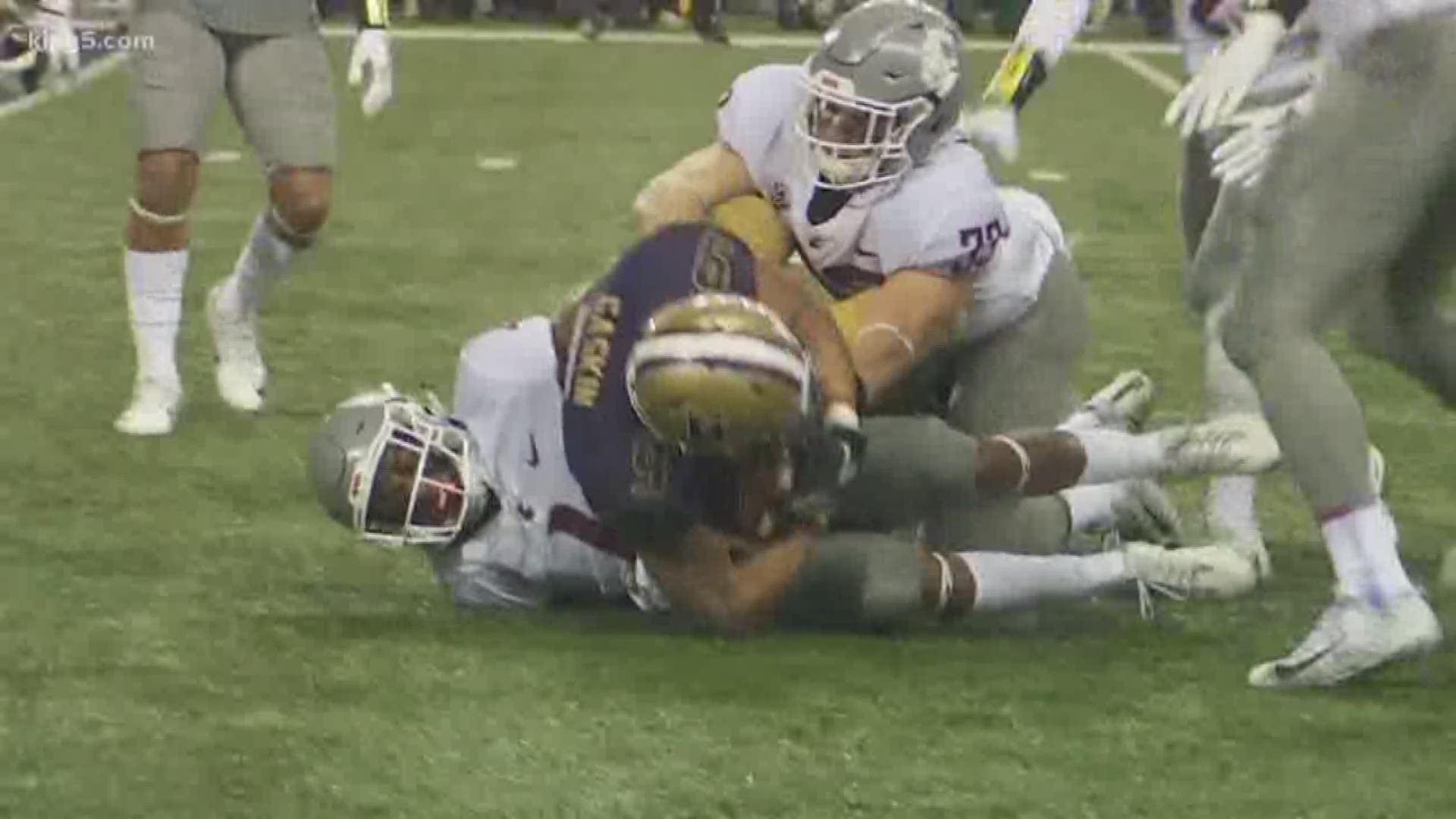 OLYMPIA, Wash. — Should college athletes in Washington be allowed to have endorsements or sign with an agent? The debate is now headed for Olympia.

"The value they deliver back to the university far exceeds the value of that scholarship," said Rep. Drew Stokesbary (R-Auburn), who is pitching a House bill designed to allow major college student-athletes to profit from their athletic success.  "Maybe Nike wants to pay him $50,000 to be in a billboard near University Village, that would be allowed."

HB 1084 gets a hearing on Wednesday in Olympia. At that hearing, you'll likely hear the name Myles Gaskin.  The O'Dea High School grad went to the University of Washington and set nearly every major rushing record over a 4-year career which ended this past season.  Yet, jerseys with his name were sold online, and he didn't receive a dime.  If he did, under current NCAA bylaws, he would have been ineligible to play.

"I think there are a lot of Myles Gaskin and Jake Browning jerseys being sold," said Rep. Drew Hansen (D-Bainbridge Island), who chairs the House College and Workforce Committee, and will hear the bill. He said, "High-end college athletics is awash with money".

Forbes reports that UW averaged $84 million in revenue between 2014 and 2016 and $36 million a year in profits during the same time frame.

"In a world where the CEO of the Outback Bowl makes $1 million dollars for putting on one football game in a year, I think last year between Mississippi State and Iowa, I think it's fair to ask if our student-athletes are being treated fairly or not," Hansen said.

The NCAA did not return a request for comment today.  It's not clear if the votes even exist in Olympia to advance such a motion.

But Stokesbary, who acknowledges his opinion on the issue has evolved over time, believes it is time for a change.

"If a computer science student was in demand, and had Microsoft and Google, offering them hundreds of thousands of dollars, and they thought to themselves, I've never really negotiated this high before," he says, "It seems like you're making life unnecessarily unfair to players."