When the high school football season was moved to the spring, Abes head coach Masaki Matsumoto decided he was going to make the most of the time given to him. 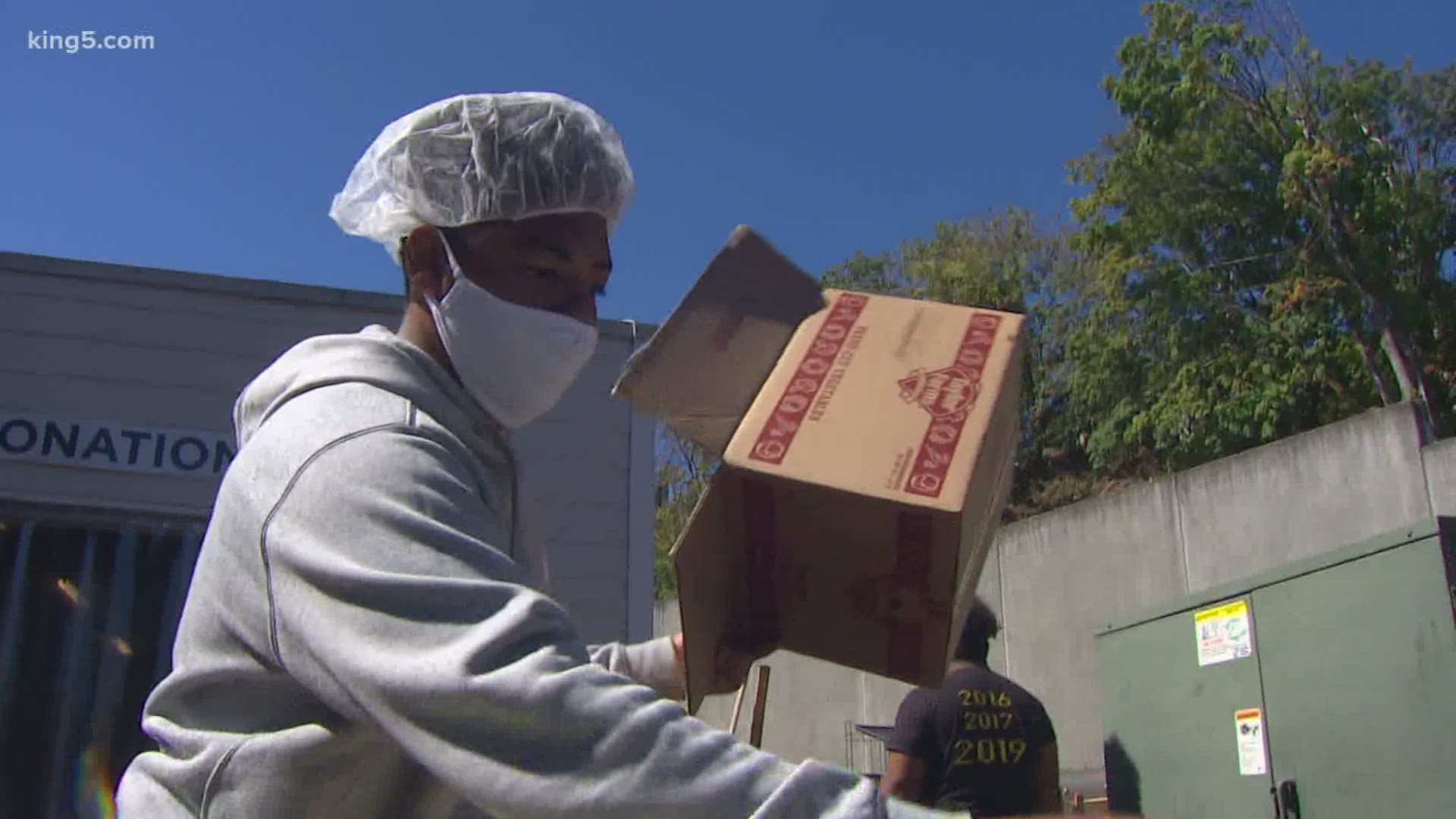 TACOMA, Wash. — In one day, the Tacoma Rescue Mission serves an average of 850 meals to those in need. They usually have nearly 100 volunteers a week helping to prepare and serve those meals, but during the pandemic, many of the elderly volunteers decided to stay home for health reasons.

Over the past decade, Tacoma's Lincoln Abes have been one of the winningest football programs in the state.

And while the Abes have found success under the lights on Friday nights, it’s what they're doing on Tuesday and Thursday afternoons, which is having a greater impact on the community in which they live.

When the high school football season was moved to the spring, Abes head coach Masaki Matsumoto decided he was going to make the most of the time given to him.

With a demand for volunteers at the Rescue Mission, coach asked his team if anyone wanted to help. Nearly 40 kids came calling.

“We’re just coming out to help our community and serve our city and give out a helping hand,” said Javad Leemoui

“We always care about our community first. Nothing better than giving back and helping these people,” said Trey Meredith “It’s so important that they realize they are blessed and it’s their duty to go bless other people. We always talk about that, because we are blessed. Go bless others and be grateful for greatness. I don’t think you can truly be great unless you are grateful for the things that have been given to you, and this is just putting that into action,” said Matsumoto.

During the month of August, the Abes worked a total of 31 shifts.

Ra’Jzon Foster is talented on defense, but on now he spends his time making nearly 200 sandwiches. Leemoui loves playing on the line, but he’s also pretty good at making cinnamon French toast, while coach prepares eggs.

Twice a week, they cook and do whatever is needed to help the mission.

“I figure there are less fortunate people than us, so I'd rather spend my time helping others. I want to take advantage of this opportunity and help people while I can,” said Jamari Harris.

Last season, Lincoln made it to the state semi-finals and while they would rather be on field right now gearing up for another season, you won't find one.

Abe’s players are not feeling sorry for themselves, though.

“I can’t dwell on what happened to the season and time stops for nobody so I just need to keep going and try to be a better person each day,” said Foster.

“I know a lot of kids are feeling bad about COVID and no football season, but I wanted to have a perspective of 'hey, our lives are not that bad, not having football is not bad, look at the people we are serving. I can do something about the people who are truly hurting'", said Matsumoto.