Prep Zone: Lake Stevens grad one of the youngest play-by-play announcers in the country

This teen is doing what most adults can only dream of. 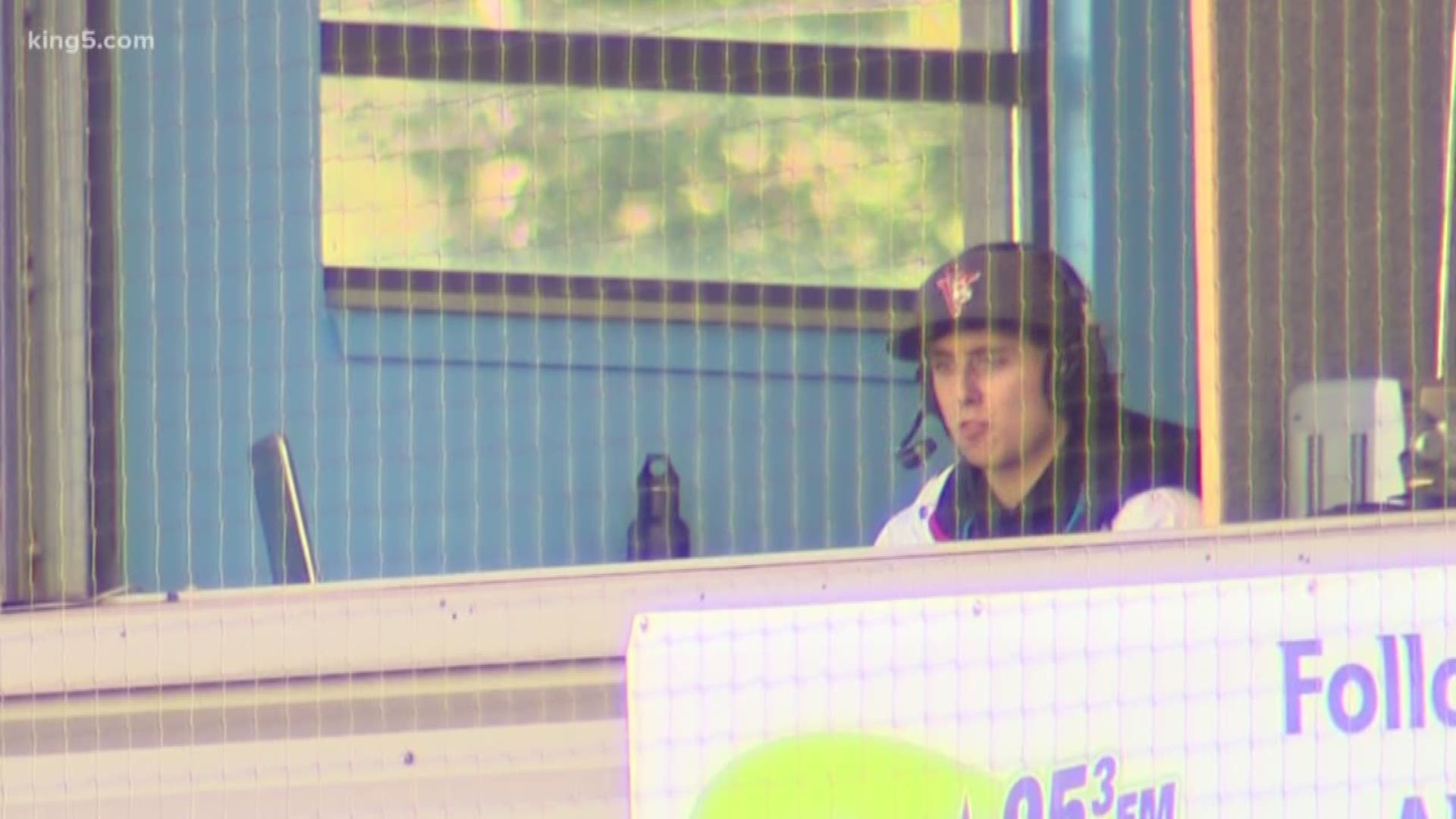 SALEM, Oregon — A Lake Stevens High School grad is living his dream fresh out of school.

18-year old Payne Patchett is the play-by-play announcer of the Salem Keizer Volcanoes, a single A team in the San Francisco Giants organization.

In March, Patchett reached out to over a dozen baseball teams and Volcanoes' owner Jerry Walker was the only one to call him back with interest.

After several interviews and emails, Patchett was hired and became one of the youngest professional announcers in the country.

"The boy lives and breathes sports, mostly baseball, since he was just a kid, to have what he has is very cool,” said Roxanne Lewis, Patchett's mother.

Patchett never really played sports growing up. "I was just interested in the numbers, I played football when I was 10, broke my arm and never played a single game," he said.

The teen began his career right at his high school, scoring games for Lake Stevens.

Patchett says he spends up to 10 hours a day working on his broadcasting skills.  His main goal is to broadcast major league baseball.

He's on the right track, but he also understands with success comes sacrifice.

"I went to a friend’s house a couple days ago and he had his diploma and I'm thinking 'when am I going to get a diploma?'” said Patchett.

Since Patchett took the job with Salem Keizer, he had to miss graduation.

Patchett had a job, but no diploma, but that would change during the Volcanoes recent road trip to Everett.

Thanks to the Everett Aqua Sox and administration from Lake Stevens, Payne was able to get his graduation day.

Before the game, Patchett was awarded with his high school diploma.

"This is just his love his passion, he's in heaven right now, he's working hard, but there is no other place he'd rather be,” said Lewis.