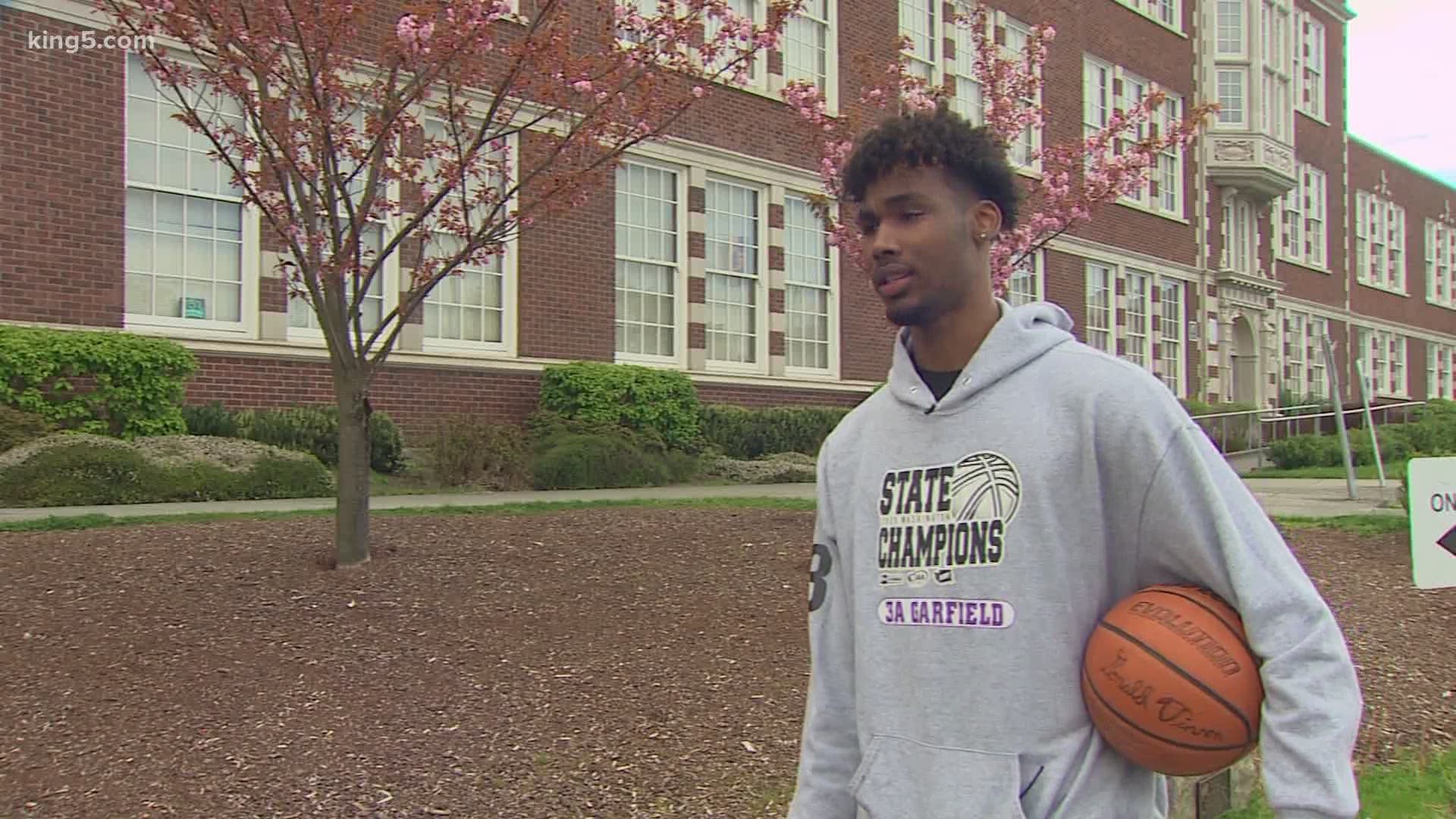 Being in quarantine has forced many of us to change the way we do things. In this week's Prep Zone, KING 5's Chris Egan tracked down a basketball star from Garfield High School that planned to have a big party at his home this week as he signed his letter of intent.

In the championship game against league rivals O’Dea, Eason was on fire, hitting shots from all over the court. His Bulldogs won by 25 points and Eason was named tournament MVP.

“I knew I was on a roll and I knew we were on a roll. I just told myself before the game, you know, this is your last high school game ever. How do you want to be remembered? And I want to be remembered as a champion. That was my biggest goal, to come back and be a state champion," Eason said.

He started playing basketball when he was just 3-years-old and credits his mom for helping him every step along the way.

Easo's mom dreamed of having a big signing day for her son. The Garfield star is headed to Cincinnati in the fall.

It’s a huge deal for the family, but because of coronavirus orders, the family gathered together on Zoom for a social distance Signing Day.

Family, friends and coaches met virtually to help Eason celebrate his big day as he signs his letter of intent to play for the Bearcats.

“My mom, my family, I've been waiting for this for a really long time. Ever since I committed verbally, so this is just one of those days that I'm probably never going to forget."

After the Zoom party, it was back outside and back to work for Eason. The gyms are closed, but he won’t let that slow him down from working on his game.

Eason continued, "I love basketball, I've been playing basketball since I was three years old, so basketball has always been fun to me. It's just a beautiful game, you know, it can take you places. It's taken me places all around the nation and it's going to take me more places if I continue to put the work in. Unfortunately this coronavirus is happening, but I still got a ball."