Colby Wilson from Capital High School wanted a shot at a state title his senior year. He isn't getting that chance, but will have another big opportunity. 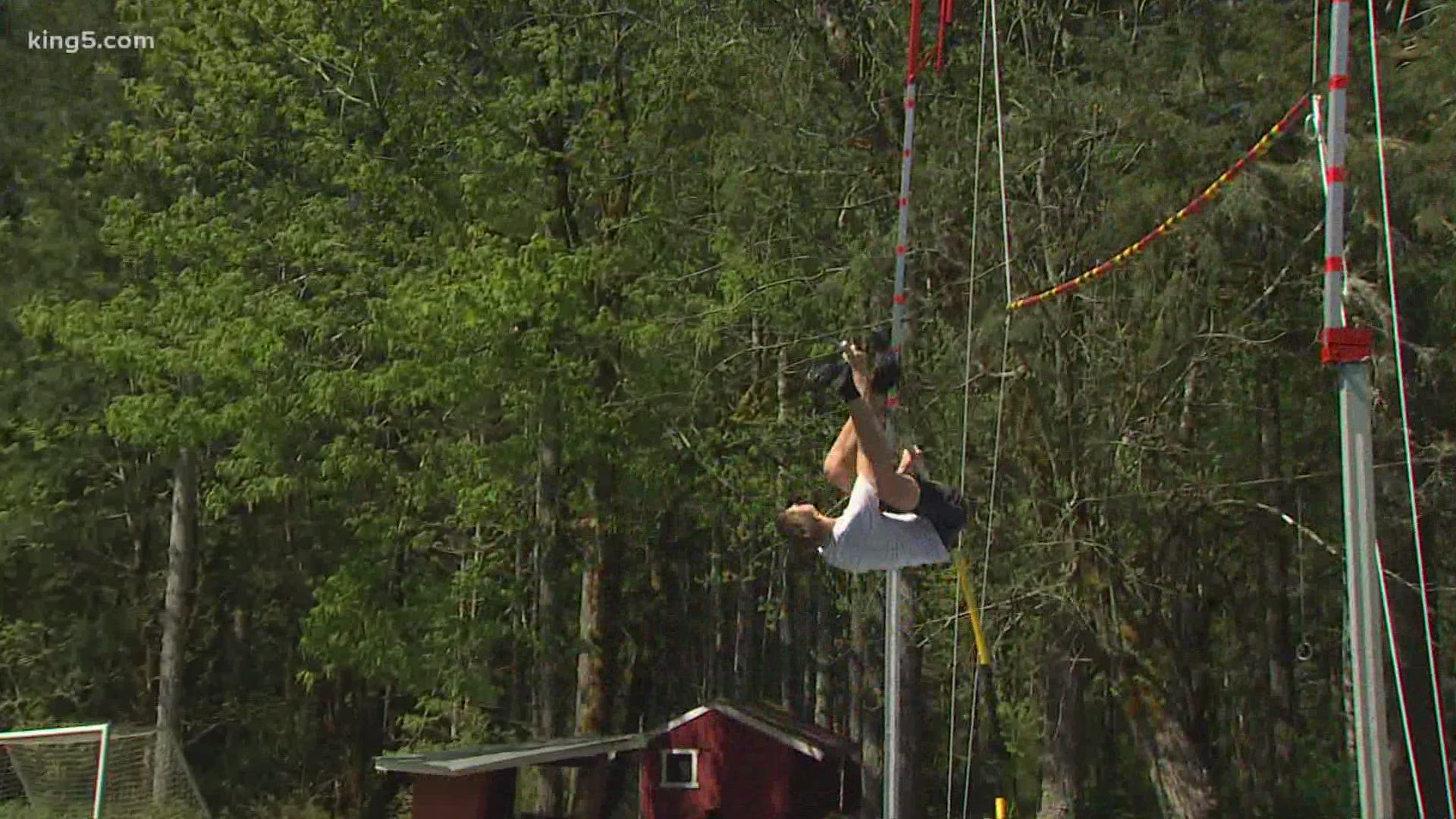 He is vaulting well and was hopeful to bring home a state title as a senior this year. Though the spring sports season was cancelled, Colby hasn’t let that slow him down.

“People ask me, like, do you get scared when you're up in the air. But once you keep practicing, doing it more and more often, you get more used to it and you really start to enjoy getting up in the air and falling. Falling is my favorite part,” Colby said.

In February, during a University of Washington invite, Colby competed against college athletes and placed first in his division - clearing 16 feet. He was rolling into the high school season, but due to the coronavirus pandemic his senior season was over before it started.

“It was a big disappointment at first and I was really bummed out for a little while, but once we started getting back to it and started working I knew that this isn't the season I've been working for,” Colby said.

Next year, Colby is headed to Montana State.

Thanks to his speed, power, and endurance, Colby has found success in the decathlon.

Colby lives on five acres in Olympia. During home isolation, he and his parents have made the most of their yard. Not only do they have a pole vault pit, but also a runway for hurdles, and a place to throw the discus and javelin.

Last year, Colby went to nationals in the decathlon. He has his sights on a bigger goal.

“Ever since I started doing track and watching the Olympics it has been definitely on my mind and something that I want us to do. I think is the dream of every athlete to go there, it’s the biggest stage in the world so I definitely want to go there,” Colby said.

Colby also plays the trumpet in the Capital band and has a 4.0 GPA. He's pretty good on the unicycle as well and with his hands - he built his own log cabin in the family's backyard.

“I started that a year ago, I didn't plan on it being very good. I was kind of just seeing if I could throw something up in a weekend, but now it's a year later and it's turned out better than I expected,” Colby said.

He builds, he vaults, he throws. Most importantly though he learns, both from his father, Craig, who competed in track and field and legendary vault coach Pat Licari.