People came together to transform an open-air barn at the Washington State Fairgrounds into three full-length basketball courts. 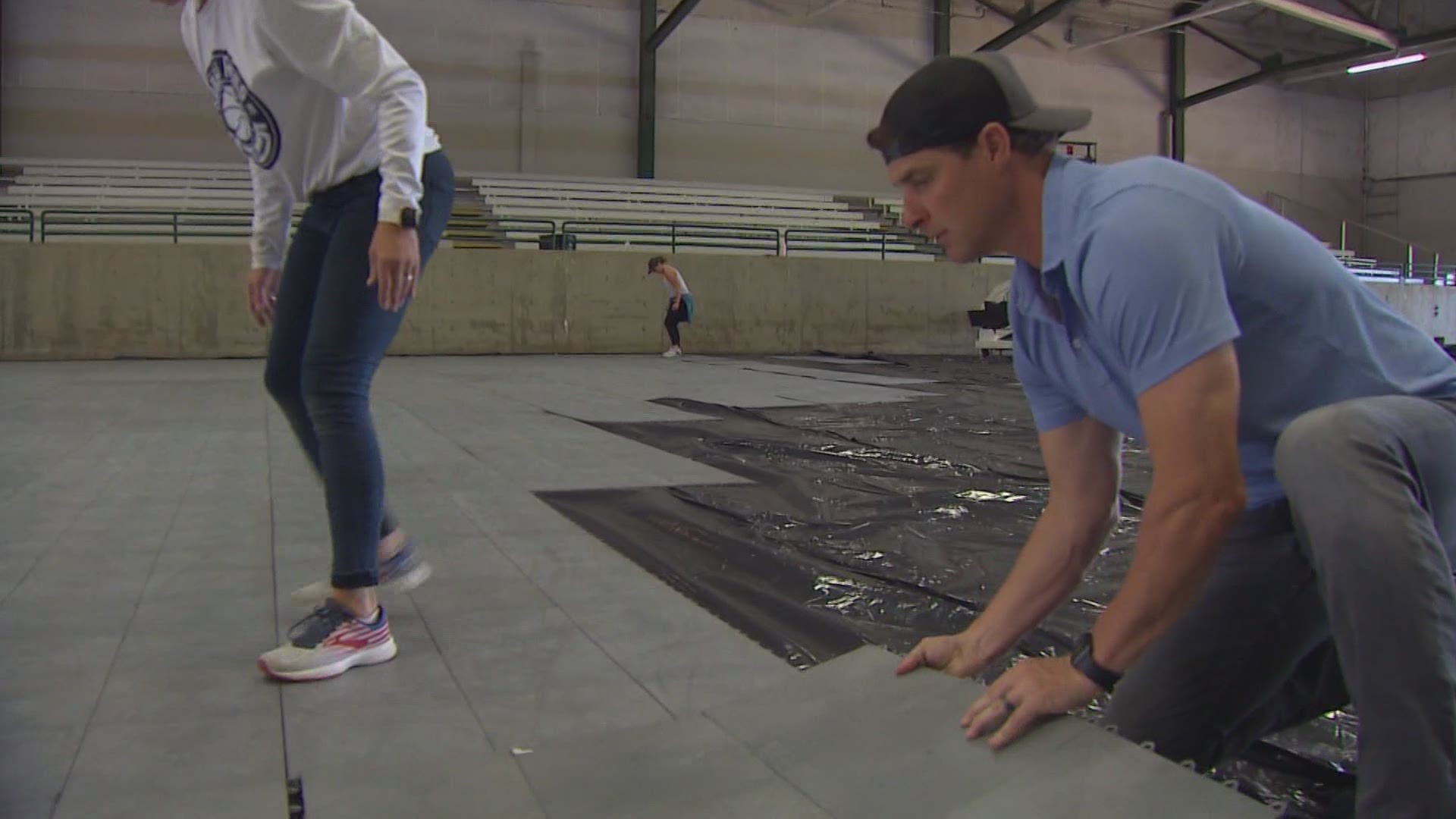 PIERCE COUNTY, Wash. — With Pierce County remaining in Phase 2 of the state's reopening plan, high schools are unable to play basketball in their indoor gyms.

Schools were scrambling to find a safe place for kids to play and with help from coaches, athletic directors and the community, they found one.

People came together to transform an open-air barn at the Washington State Fairgrounds into three full-length basketball courts, that will serve as the home court for 17 schools from Pierce County.

"It took a real community to come together to do this and I’m proud to be part of it," said Dane Looker, whose company, Looker Asphalt in Puyallup, poured over 600 tons of asphalt. Looker's workers even gave up celebrating Mother's Day last weekend to get the job done.

"It’s amazing, the reaction from everyone is, 'what can I do to help,' everybody wants the students to play, everybody is willing to pitch in and do what we can," said Jim Meyerhoff, athletic director for the Puyallup School District.

The leagues had the option to play only in Olympia or South Kitsap, but that would only allow for a few games, so the community knew there had to be a better way and that's when the Washington State Fair stepped in.

"I can’t even express how grateful everyone is to the fair, this all goes away if the fair came up with a different answer," said Suzanne Vick, athletic director at Curtis Senior High School in University Place.

"Anything we asked for there, they’ve either said yes instantly or tried to figure a way to make it happen," said Meyerhoff.

Students will only play in the barn turned basketball court for a short season, but it's truly a court of dreams for hundreds of kids in Pierce County.

"We weren’t ready to take no for an answer and fortunately there was a pathway to yes and this is it right here," said Sumner Athletic Director, Tim Thompson.

Roger's girls' basketball coach, Amy Looker, originally came up with the idea to play at the fair. Students are expected to play 400 games at the fair over the next few weeks.