Paul Silvi: The NFL needs to stop its on-field gift-giving 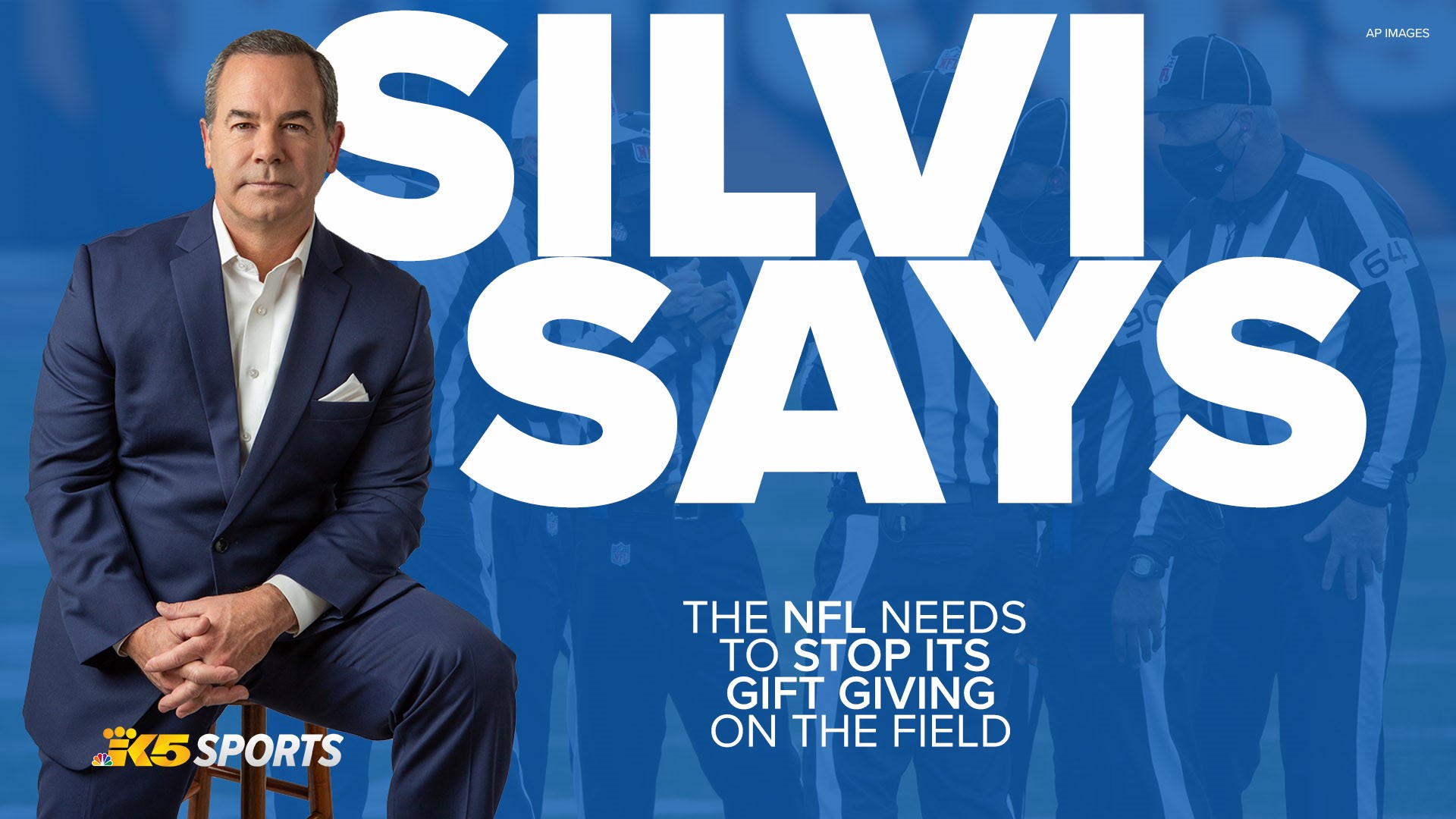 Lots of good topics to choose from during the first half of the NFL season, but let's get one out of the way right now.

He's been getting crushed this week for lying to, or misleading, the NFL about his vaccination status. Rodgers has been doing so much dancing around the truth, he could give Gus Polinski and the Kenowsha Kickers a good run.  He reminds us all of a word that gets lost far too often these days. Accountability. If you make a mistake in life, own up to it. Hold yourself accountable and move on.

Alright, I'm jumping off my soapbox and onto the playing field. If the NFL is the most successful league on the planet, why is the league doing its best to alienate fans each week with horrible penalties? Stop with all the roughing the passer calls. I get it - the league needs to protect its star quarterbacks, but I'm pretty sure most of those QBs are somewhat amused at what constitutes a roughing the passer penalty. Their team gets 15 yards and an automatic first down. I realize the holidays are fast approaching, but let's slow down the gift-giving. These are grown men, fully padded and fully expecting to get hit. I'm in favor of penalizing pass rushers who sack a quarterback and use all their weight to crush him into the turf. I mean, Seahawks defensive tackle Al Woods at 6'4" and 330 pounds could leave one heck of a quarterback imprint.

But come on NFL, let a quarterback take a slight hit, maybe fall to the ground, and scuff a knee without calling in the national guard.

Seahawks head coach Pete Carroll said earlier this season the NFL has "opened a can of worms" by instructing referees to call more penalties for violations of the taunting rule.

Halfway through the season, that can is overflowing. There has always been an abundance of trash talking in the NFL, especially between defensive backs and receivers (see Richard Sherman mic'd up). They're all pro athletes and if one of them gets beat on a play, I'm sure he can handle a little banter. Next time, he might be the one who does the jawing.

The Seahawks have had two extremes in this category. Tight end Gerald Everett caught a pass against the Saints and then tossed the ball at the defender. Okay, flag him.

When cornerback DJ Reed broke up a pass against 7-time All-Pro receiver Julio Jones and barked a little after the play, he got hit with a taunting penalty and a $5,000 fine. A closer look at the rule says Reed was guilty of "flexing in the general direction" of an opponent. So basically, if you "mean mug" a guy, you risk getting penalized and fined. Come on.

I'm not in favor of going overboard, but if a guy makes a big play and he lets his emotions get the best of him for a few seconds, let it go. If it's excessive, penalize him.

The NFL has a strict policy forbidding players from using any props to bolster their celebrations after big plays. DK Metcalf caught a touchdown pass against Jacksonville and proceeded to bearhug the goal post for 31 frames of video (I counted), which is a total of one second and one frame. He got slapped with an unsportsmanlike conduct penalty.

Credit: KING 5
DK Metcalf received a penalty from the NFL for hugging this goal post after a score.

Yet, a defensive back can intercept a pass at midfield, gather his teammates to follow him to the endzone and then dance and pose for pictures penalty-free? Those celebrations take a lot longer than 31 frames, but they're usually always entertaining.

Don't get me wrong here - I'm not in favor of penalizing any player or players for celebrations. Football is a collision sport and big plays on either side of the ball are few and far between and should be celebrated. If these guys want to hug a goal post, choreograph a dance routine or take a shoe off and use it as a phone, let's Get Smart NFL.

The average length of an NFL career is 3.3 years. The performance window closes fast, so instead of slamming it shut and drawing the blinds, let these players bask in the sunshine while they can. 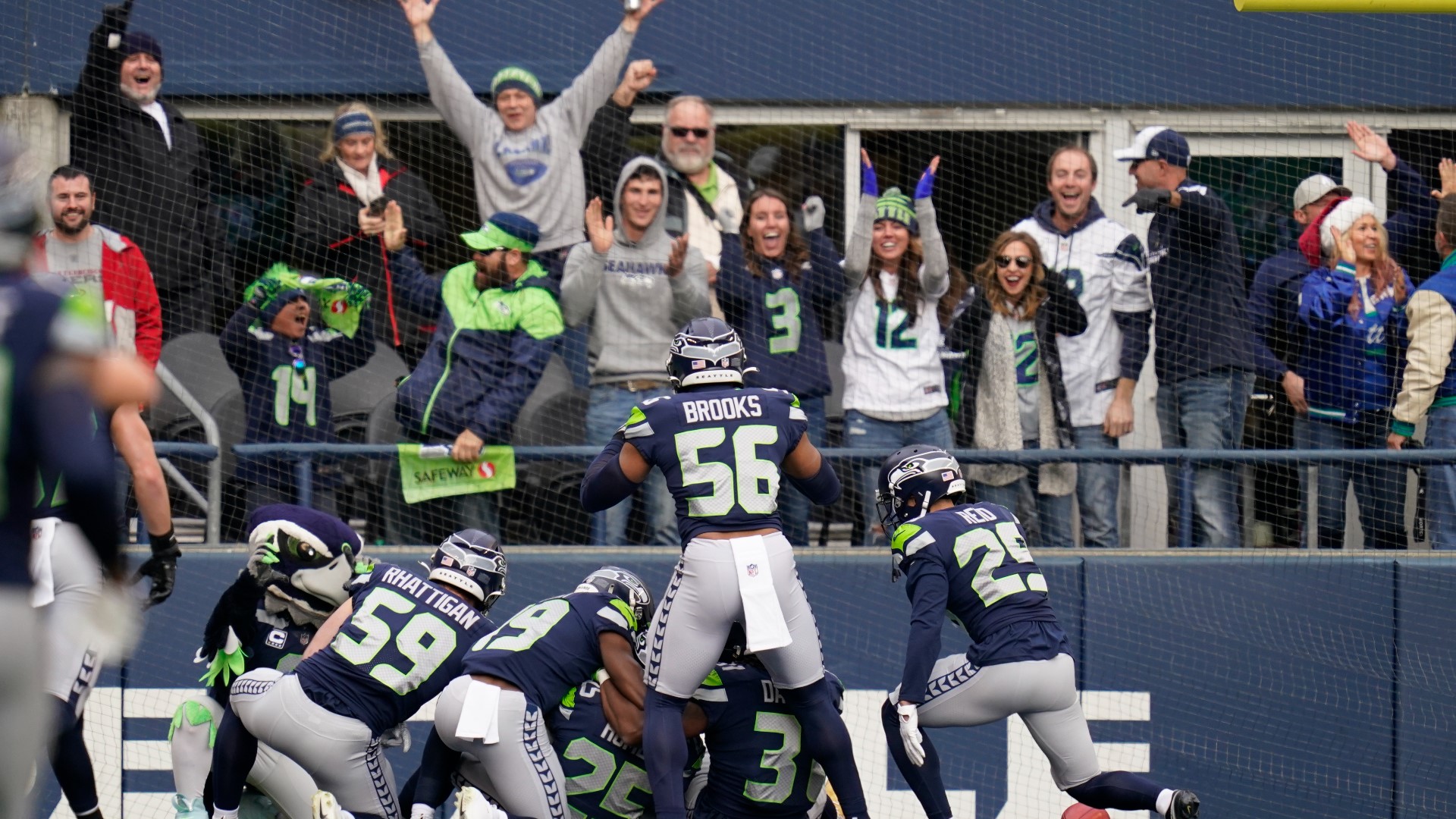