The two-year-old museum at Snoqualmie Pass highlights the state's success. The Olympic display includes the names of the 39 people who have represented Washington the Olympic and Paralympic Games. 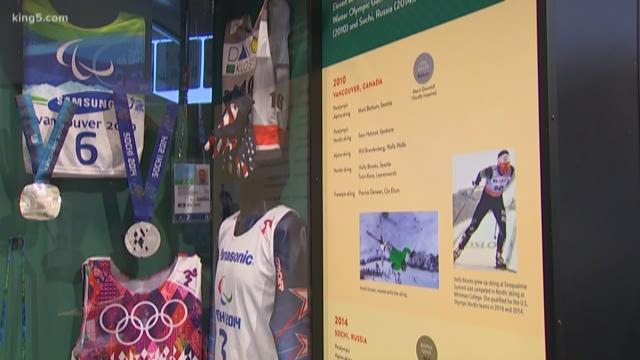 It was that kind of snow which helped develop a young skier by the name of Debbie Armstrong. The Garfield High grad called Alpental here home resort, way back in 1984, when she surprised the skiing world with Gold at the Games of Sarajevo.

All these years later, she's front and center at the Washington State Ski and Snowboard Museum at Snoqualmie Pass. The two-year-old spot highlights the state's success on the world stage in ski and snowboard history. The Olympic display is among the largest, including the names of the 39 people who have represented Washington the Olympic and Paralympic Games.

“The Olympics are such an important part of Washington ski history,” says Dave Moffatt, the President of the WSSSM. He points to the displays showcasing old ski events at Mt. Rainier, and Olympic success dating back to the 1950's. “Part of the reason if you can ski Washington with a variety of snow, you can probably ski anyplace - good training for the Olympics.”

Moffatt and others spent years collating all the material, which includes multimedia, and video highlights of Washington athletes. It includes the likes of Sadie and Erik Bjornsen, of Winthrop, 2014 Olympians who have also clinched their spot in this year's games.

The museum is open Thursday-Sunday from Noon to 5:00 p.m. It's located near Summit West, next to the Dru Bru Tap Room and Common Wealth Restaurant.