A Seattle-area woman is leaving her day job to go to the Olympics to help take care of the largest competitors there -- the horses. 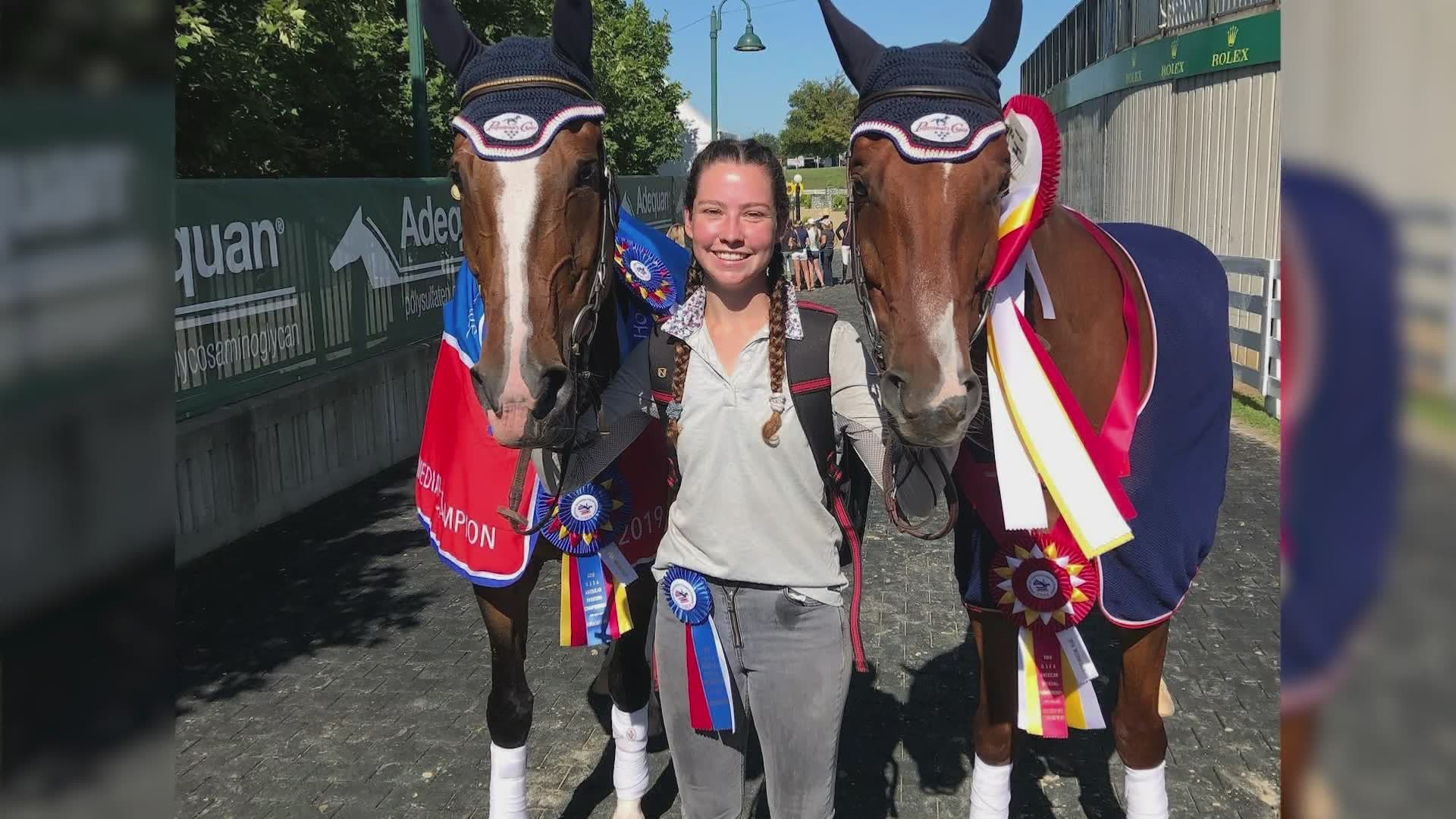 SEATTLE — Bridget London of Seattle is packing her bags to join Team USA in Tokyo for the Olympics next week, but she won't be competing. Instead, London will be taking care of the largest competitors at the Olympics -- the horses.

You could say London has been grooming for the Olympics for nearly 15 years. She has been riding horses her whole life and has spent the last few years serving as a groomer for California-based professional rider, Tamie Smith.

"Grooming is not just brushing, I know a lot of people think that. It’s tacking the horse, bathing, braiding, walking, feeding and managing just about everything the horse does," explained London.

Smith was a member of the U.S. Eventing team that won gold at the 2019 Pan American Games and was a 2020 Eventing National Champion. Smith's horse was injured leading up to the 2016 games in Rio and with the Olympics postponed last year due to the pandemic, she was feared to miss yet another shot at glory.

But due to recent veterinary concerns leading to the withdrawal of another horse, Smith was tapped to slide in to a reserve position and was confirmed to travel to Tokyo with her horse Mai Baum -- the same horse London previously groomed.

Smith will be competing in Eventing, which is often referred to as the equestrian triathlon in that it takes place over the course of three days and includes dressage, cross-country and show jumping.

The equestrian events at this year's Olympics vary in format, but a couple of local names to look out for include a Whidbey Island native, Adrienne Lyle, who competes in dressage, which London described as "basically horse dancing."

Jumping is also on the docket and one of the names on the jumping team will sound familiar. Jessica Springsteen is an Olympian and ranked #3 on the U.S. rider list, and she's also the daughter of singer Bruce Springsteen.

The Team USA equestrian participants are currently in Germany for quarantine and will travel to Tokyo together.

London will be the last to join as she is wrapping up her work duties in Seattle as a real estate agent alongside her mother. London became the third generation of real estate agents in her family just a few months ago, but fate apparently had other plans for her.

"My mom understands and is very excited and has been telling everyone I’m going to the Olympics!" laughed London.

London admitted her dream was to ride in the Olympics one day and although she's not competing she said she's extremely delighted to be chosen to join the three other groomers who will care for Team USA's horses.

"I won’t be the one personally competing, I am pretty excited to be a part of it in any way that I can. I’ve been close with Tamie for a while now and I’m so excited for her and know they will do great," said London.

The Olympics opening ceremonies are on Friday, July 23 and the equestrian events kick off July 24 with day one of the dressage grand prix.