Plunge for distance: A look back at one of the weirdest Olympic events of all time

The sport dates back to the late 1800s but is best remembered for being included in the 1904 Summer Olympics in St. Louis 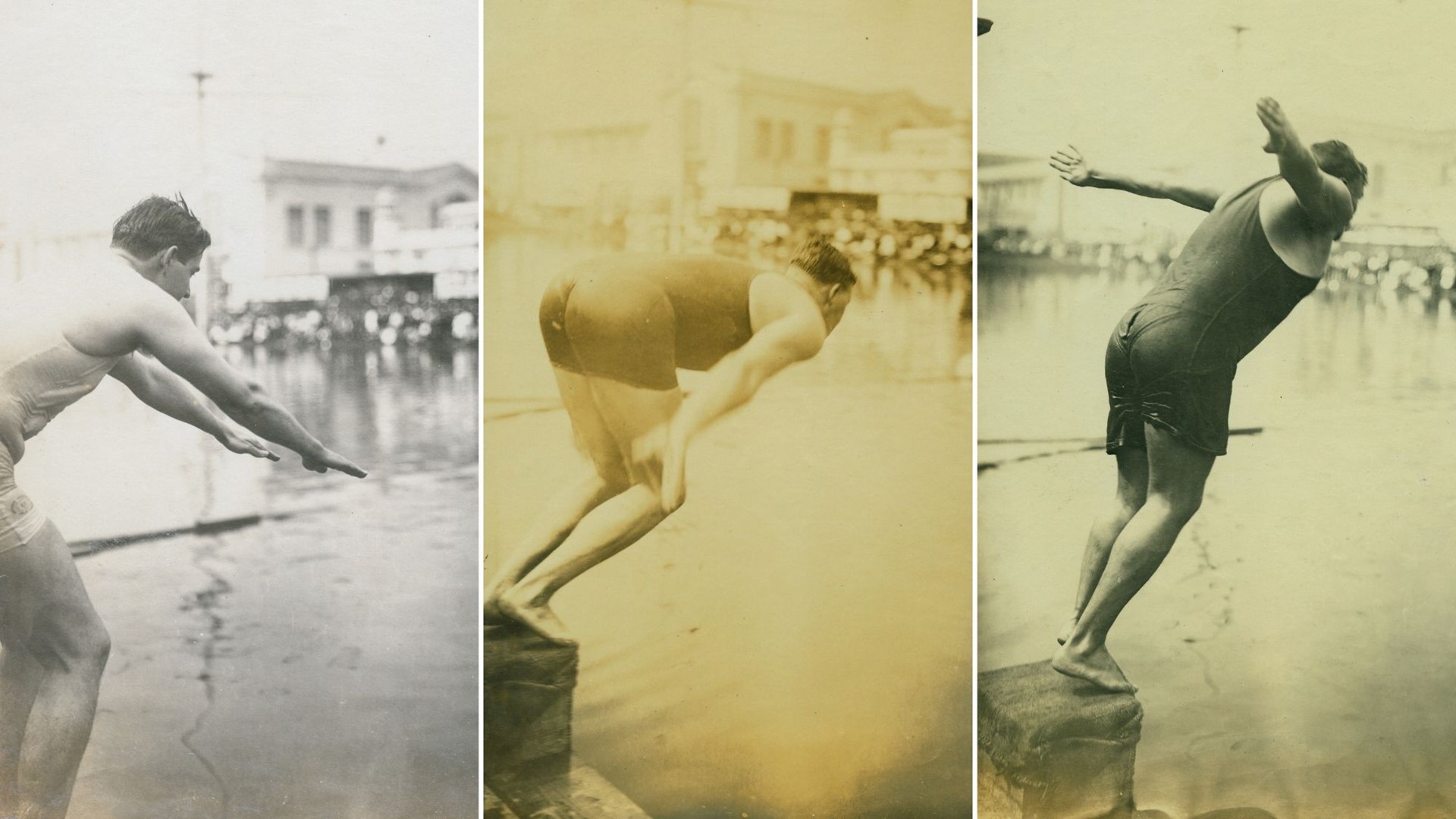 ST. LOUIS — I'm sure you've never even heard of it.

A sport where participants dive into water and float face down for 60 seconds, “without imparting any propulsion to the body from the arms or legs.” Their distance is recorded and the person with the farthest distance wins.

I’m talking about plunge for distance, and yes it was a real thing.

The sport dates back to the late 1800s but is best remembered for being included in the diving events in the 1904 Summer Olympics, which was held in St. Louis.

It was the first – and last – time the sport was held at the Olympic Games.

Five divers competed in the plunge for distance event at the 1904 Olympics, and all five were Americans.

The event was held on Sept. 5, 1904 at “Life Saving Lake” at the World’s Fair grounds in Forest Park.

William Dickey won the gold medal with a distance of 62 feet 6 inches, which was "the best ever made in the west" at the time, according to a 1904 newspaper article from the St. Louis Globe Democrat.

Credit: Missouri Historical Society
William Dickey won the gold medal in the plunge for distance event at the 1904 Olympics in St. Louis with 62 feet 6 inches.

E.H. Adams took the silver medal with a distance of 57 feet 6 inches and Leo Goodwin took the bronze medal with 57 feet.

Newman Samuels of Missouri came in fourth place with 55 feet and Charles Pyrah came in fifth place with 46 feet as he was “completely out of form,” the Globe Democrat said.

Dickey, Adams and Goodwin were all teammates in the New York Athletic Club, which is a private social and athletic club founded in 1868 and is still around today.

Photos: Competitors in plunge for distance event at 1904 Olympics

Plunge for distance was around for several years before the 1904 Olympics. The exact origins of the sport are unknown but reports of plunging records date back to at least 1865.

It was first introduced and practiced as a way of improving the start at swimming matches, according to “The Swimming Instructor: A Treatise on the Arts of Swimming and Diving.”

The English Amateur Swimming Association (A.S.A.) first started a “plunging championship” in 1883 and by 1900 the event was common in reports on U.S. swimming meets. After it appeared in the Olympics, it remained a standard event in U.S. amateur and collegiate sporting events for some time.

By 1917, there were several attempts to end the event in the U.S. The NCAA dropped it in 1925. The English A.S.A. reportedly stopped holding its official championship after 1937.

Both male and female swimmers competed in the plunge for distance.

American swimmer Charlotte Boyle set the record for women a few times between 1917 and 1920, reaching 66 feet in March 1920. Boyle also represented the U.S. at the 1920 Olympics where she competed in the women’s 100-meter freestyle.

Read more about plunge for distance and other diving events at the 1904 Olympics in a newspaper article from the St. Louis Globe Democrat below: