UW's Gabbie Plain is making her mark on American softball, but now her sights are set on making the Australian Olympics team this summer. 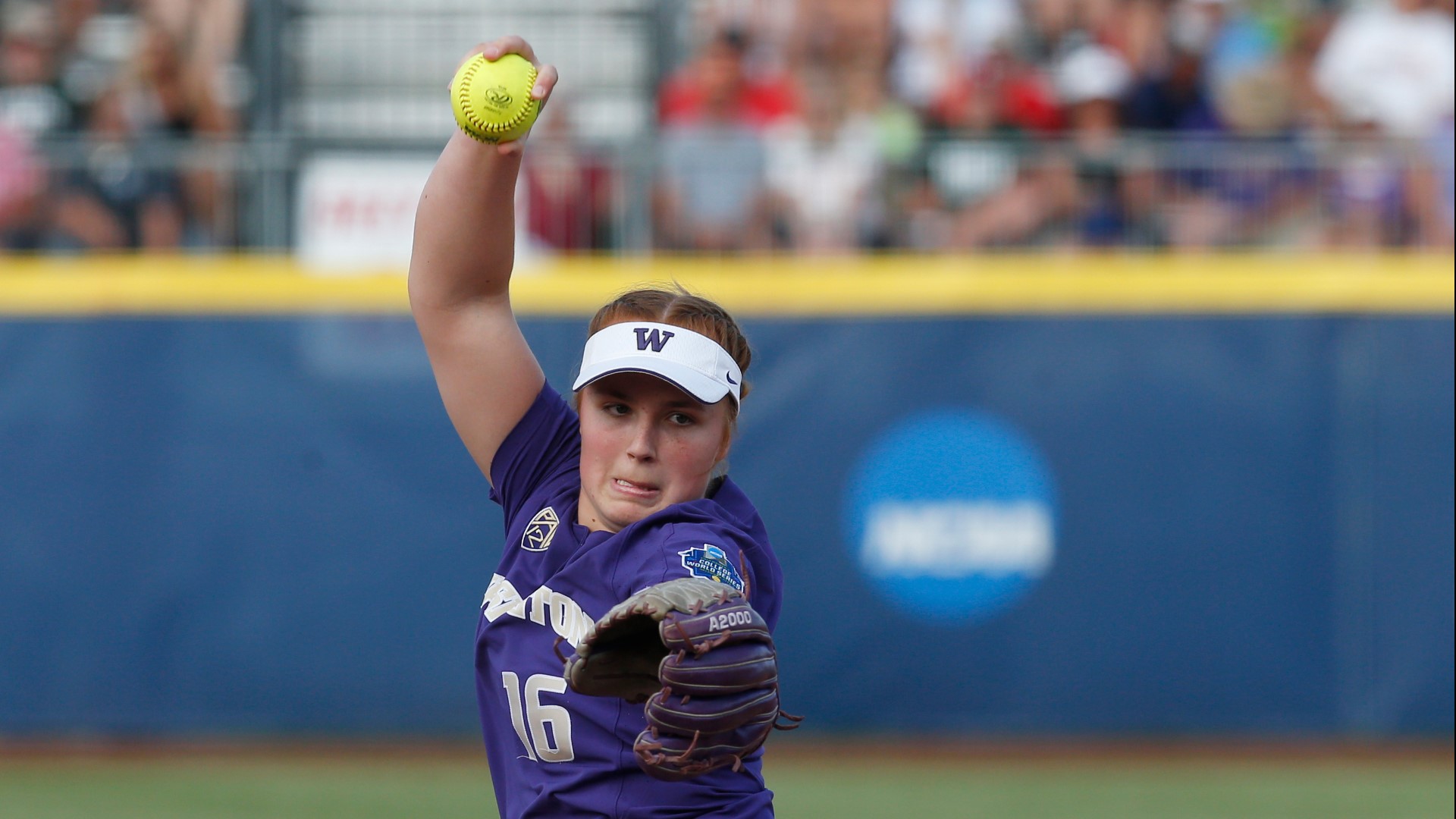 SEATTLE — After throwing her second career perfect game, Gabbie Plain has been named the Pac-12 Pitcher of the Week. The star University of Washington softball pitcher threw a perfect game in the season opener and is now on a 26-inning scoreless streak.

Plain is hoping she can lead Washington to their first National Championship since 2009. She also dreams about pitching for the Australian national team in this year's Summer Olympics.

Plain is proof that hard work pays off.  The senior became the fastest Husky to reach 50 wins in their career.  As a freshman, she made the Pac-12 first team and became only the 4th pitcher in UW history to throw a perfect game.

“I try and go in there as relaxed as possible," Plain said. "And I think that's kind of my demeanor, quite a bit in real life, just very chilled out. Because, if I tighten up or feel the team tightening up behind me, I feel a little bit stressed. So I try and remain as relaxed and enjoy it as much as possible."

“Gabbie is the most relaxed, easy-going person," said Husky Head Coach Heather Tarr.  "She is very intelligent, and you just trust her that she is going to be accountable and do the things she needs to get better."

Plain traveled nearly 8,000 miles from her home in Australia to play at UW. She admits the transition at first wasn’t easy, but Tarr and the players made her feel at home.

“They were so inviting from the very first day. I didn't know anyone, and I was getting hugged by everyone. So that was cool."

Plain continued, "Tarr is a pretty amazing coach. She just is so encouraging, always wants what's best for all of us."

But there's a chance that Tarr, who is an assistant for the USA squad, may have to coach against Plain.

“To coach against our players in the Olympics, I don’t like that feeling," said Tarr. "But on the other side, I’m so proud of players like Gabbie, though."

Besides throwing for the Huskies, Plain plays for the Australian national team. The Aussies qualified for the Olympics, but have yet to name the final roster. Plain has a good shot to make the cut.

Plain and the Huskies will be on the road for 13 more games before they play their first home game on March 12.