Brooke Feldmeier, of Olympia, is competing this week for one of the top three spots to qualify for the Tokyo Olympics in the 800 meter race. 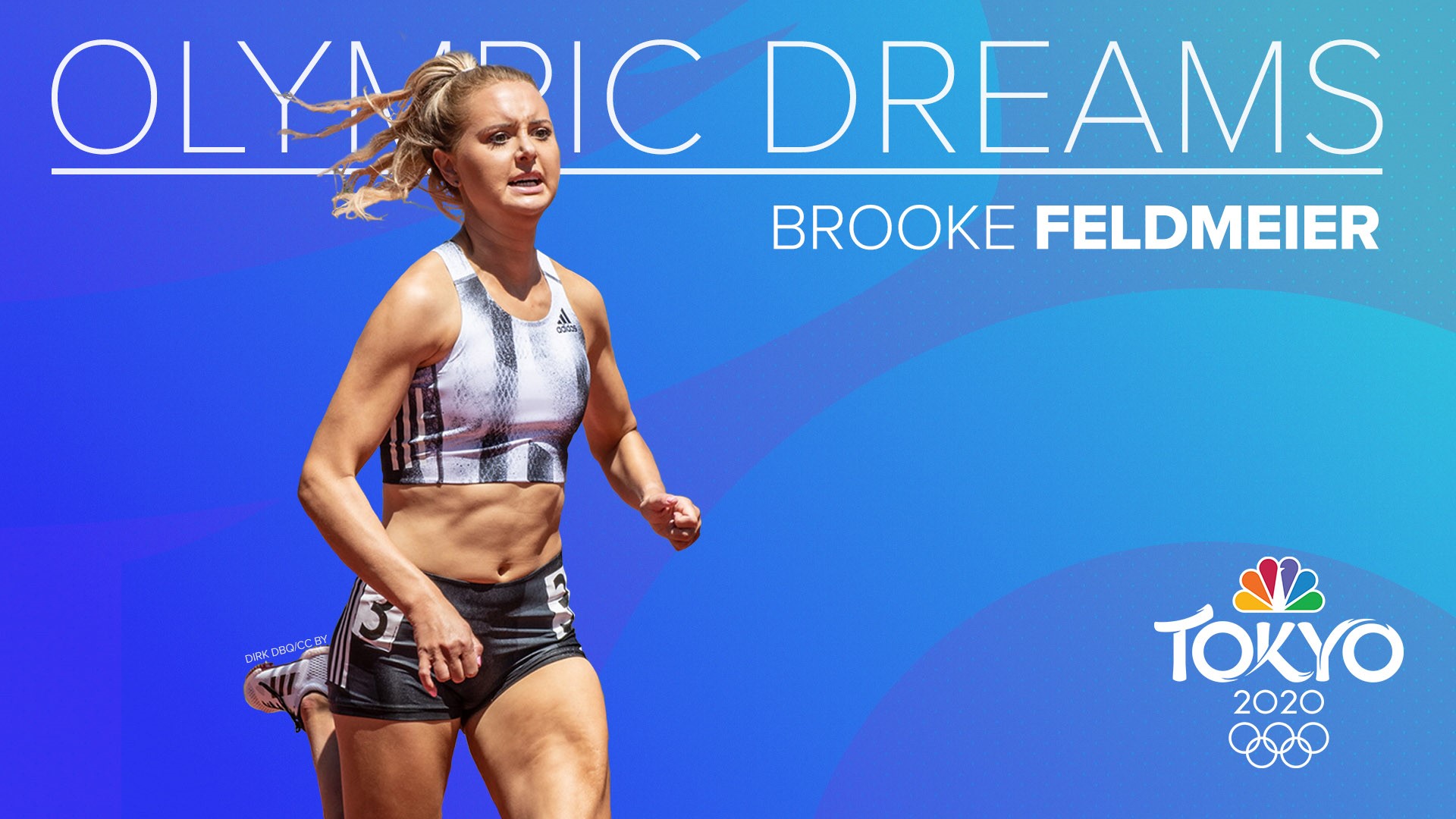 The U.S. track and field trials are underway in Eugene, Oregon. On Thursday, the women's 800-meter event will take place and there’s a runner from the northwest that has a good chance to compete for one of the top three spots.

Twenty-five year old Olympia native Brooke Feldmeier has always had Olympic dreams. She started running when she was just 5-years-old. At age 12, she competed at a junior national event. She also loved playing fast pitch, but when she medaled against the best in the country, she decided to go all in on track.

“We're on the airplane ride home, hardware around her neck. I get the nudge and she said 'Mom, I'm picking track,'" said Brooke's mom, Deanna Feldmeier.

“Probably my favorite thing is that it's an individual sport, and you can't rely on anyone else except yourself. And I think that's, like, why it's so important about, it's like what you put in is like what you can get out of it," said Brooke.

Brooke originally went to Ole Miss to compete in the heptathlon, but her coach convinced her to try the 800 meter.

The rest is history, Brooke took off in the 800. She transferred to the University of Oregon after her coach left Ole Miss and became a five-time All-American. She was with the Ducks during the 2016-17 school year when the team won the women's cross country, indoor track and outdoor track national championships -- also known as the triple crown.

When Brooke graduated, she signed a professional contract with Adidas. In May, Brooke ran the 800 meter in 2:01. It was her best time ever and she finally hit the Olympic qualifying mark.

“Getting that mark is really big, it's a huge step in someone's career to be competing at the Olympic trials and that really puts you, you know, in the upper echelon hopefully," said Brooke.

Brooke is now prepping for the trials, but she's not alone -- her mom has been waiting for this race for a long time.

“Pinch me. I can't wait to go sit there and watch. You know, I've had my tickets now for almost, you know, I bought them two years ago, so I'm excited," said Deanna.

If Brooke finishes in the top three, her Olympic dreams will come true.

“I mean that's probably the biggest compliment in track and field is, you know, making an Olympic team and you know everyone wants to do that so yeah it would mean the world to me," said Brooke.

Besides her family and coaches, Brooke also gives a lot of credit to her success to her boyfriend Charlie Grice. Charlie runs for England and competed in the 2016 Olympics in the 1500 meter. In 2019, he had the 4th best 1500 time in the world and has been busy this year training with Brooke. He’s hopeful they’ll both be competing in Tokyo.