Pole vaulter Olivia Gruver, who attended the University of Washington is one step closer to achieving her Olympic Dreams. 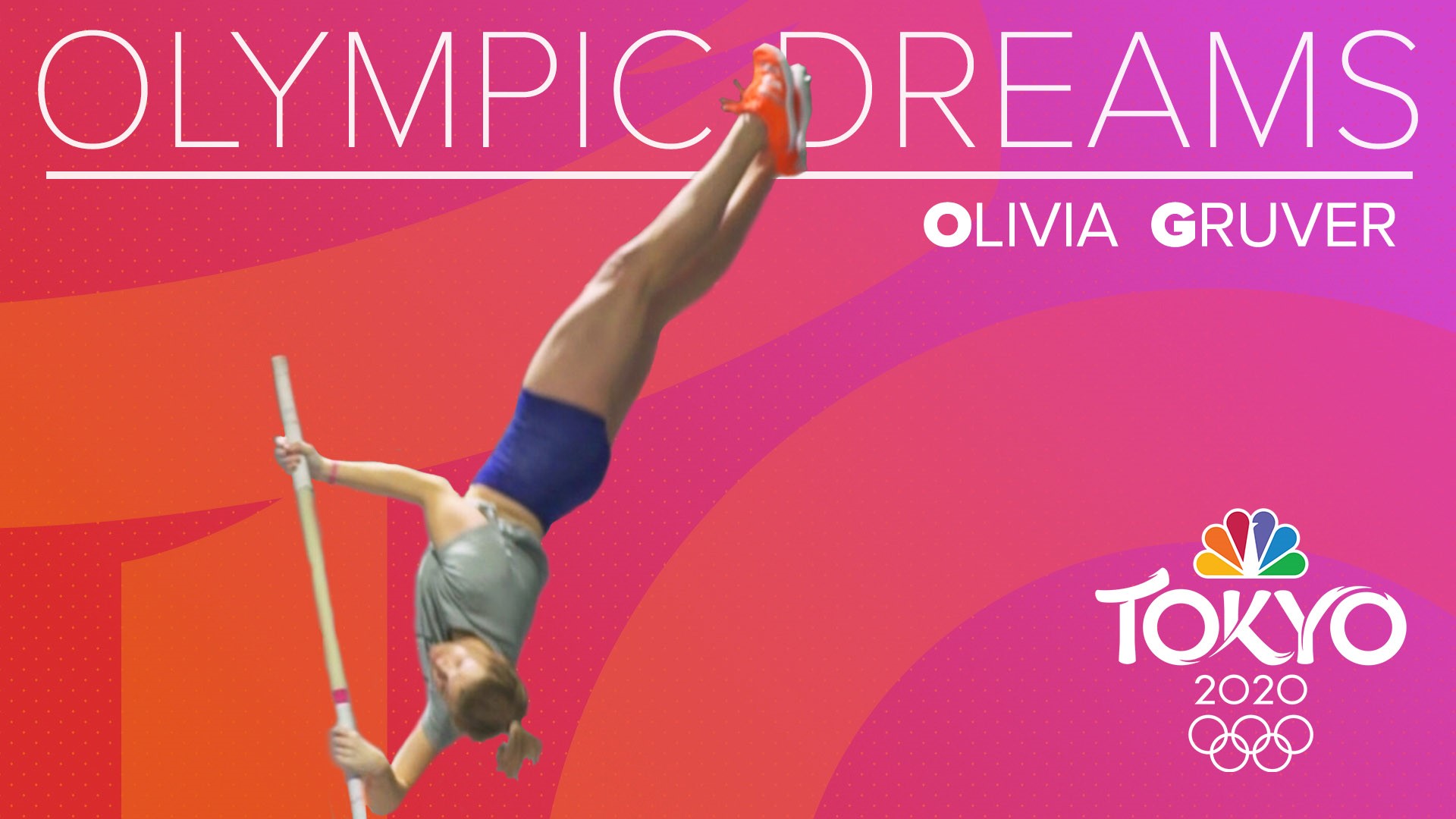 SEATTLE — Editor's note: The above video originally aired in March 2020 before the 2020 Olympics were postponed.

Since arriving at the University of Washington, Olivia Gruver has made history by breaking several pole vault records.

Now the 23-year-old Gruver, who graduated from UW in March 2020, is hoping to earn a spot on this summer's USA Olympic team.

The U.S. Olympic track and field trials will begin June 18 at Hayward Field in Eugene, and Gruver will be competing.

Gruver is quickly vaulting up the ranks. Over her career, Gruver set an NCAA outdoor record, a UW school record and a Dempsey indoor record. Now she's a volunteer assistant coach for UW track and is sponsored by Nike.

"Pole vault just gives me such a rush...it's the one sport that you actually feel like you're flying in the air... you know you can just keep going higher and higher,” said Gruver.

Gruver transferred to the UW from Kentucky to follow coach Toby Stevenson.

"Oh my gosh, that man, love him. You know, he saw something in me in high school that not a lot of people did. He put a lot of time and effort to get me to where I am," said Gruver.

RELATED: Olympic Dreams: Harrison Maurus is gearing up for the 2020 Games

Stevenson competed in the pole vault for 20 years and won a silver medal at the 2004 Olympics.

"That journey was unbelievable for me. You know, I can vividly remember it. I'm actually physically getting goosebumps right now thinking about it. It's the ultimate culmination of athletic talent and ability,” said Stevenson.

Now, it’s Stevenson’s goal to help Gruver get there one day.

"Every day I come into practice. I take it as one step closer to my Olympic dream. You know, I come in focused every day. I tried to be the best I can be,” said Gruver.

Gruver competed in gymnastics for most of her childhood and made the switch to pole vault when she was 13.

"I just really liked it. I was good at it. It clicked, and I was just naturally able to go through the motions, and I never stopped from that day on,” said Gruver.

Only the top three vaulters from the U.S. will go to Japan, and right now, Gruver is ranked as the fourth best American.

Katie Nageotte, who is the second ranked American, currently trains in Georgia but did spend some time at Washington State with former Husky all-American Brad Walker.

"To represent this country means everything to me," Gruver said. "It's every athlete's dream to compete and go to the Olympics and wear USA across your chest is just the homage to give to where you're from, and winning gold or going on the podium, it would just mean everything."