The Kenmore Shooting Range currently has five archers on the US National Team, and two of them are aiming for the Summer Olympics. 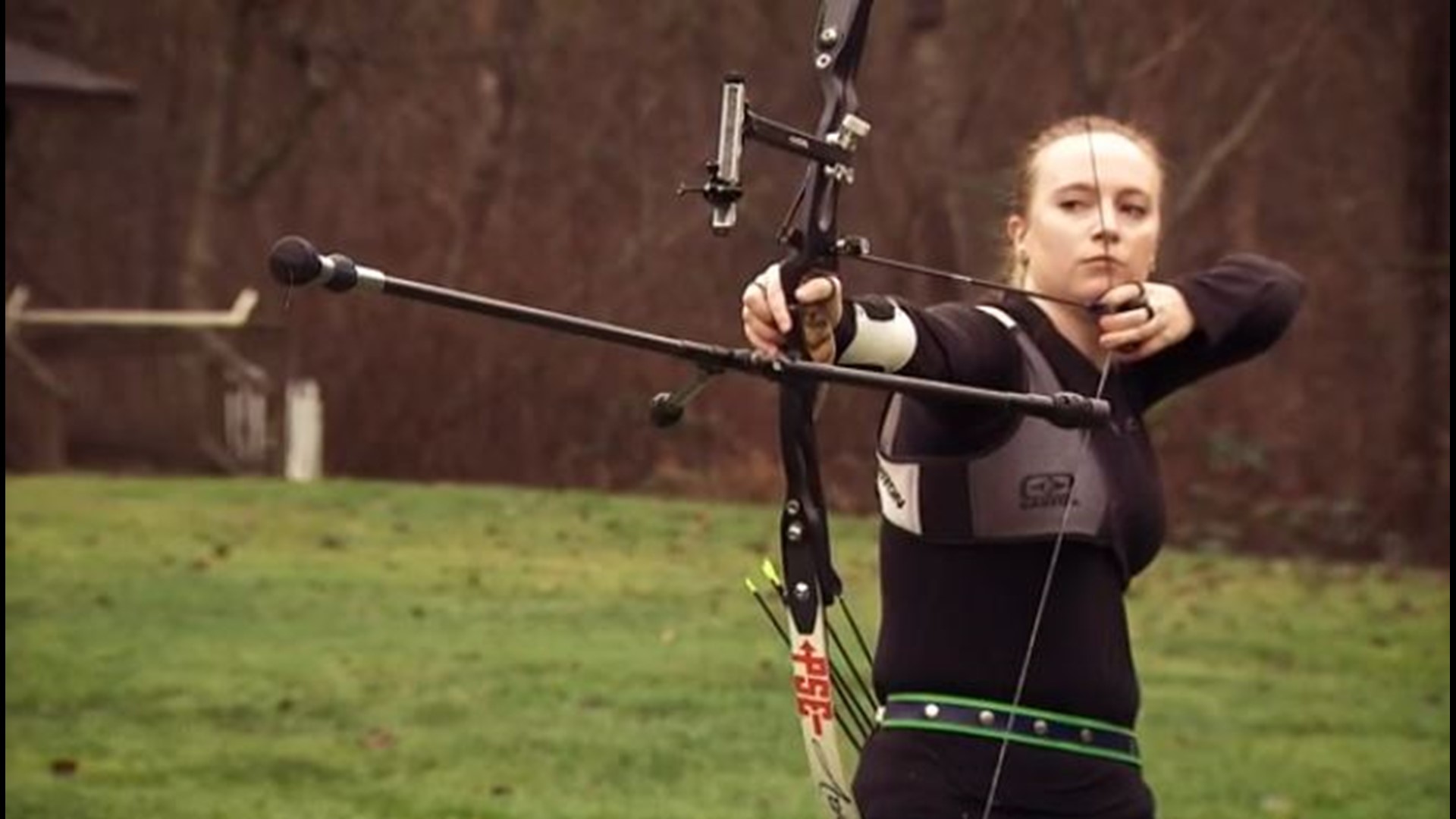 KENMORE, Wash. — The Kenmore Shooting Range currently has five archers on the US National Team and two of them have a great chance to make the U.S. Olympic Team.

KING 5 Sports met Bothell's Erin Mickelberry back in January. Now it's Everett's Eliana Claps is in the spotlight.

Claps recently graduated from the University of Washington with a degree in psychology and sociology. She’s currently job-hunting, but she’s also keeping very busy by chasing after her Olympic-sized dreams.

Claps is one of the young, rising stars on the US Archery Team.

“She's pretty tenacious," said Coach Mike Wischer. "She wants it. And she hates losing. I'll guarantee you that, that I do know about her.”

“I have this drive to be the last person standing," Claps said. "So, I think even from a young age I knew that's what I wanted to be."

When Claps was just seven, she and her sister were inspired to shoot by their dad.

“So my dad, he started hunting, and he wanted to have some hunting buddies, so he got my sister and myself a bow from Walmart, and it just kind of started from there, we started messing around with it,” she explained.

Claps not only enjoyed her time with her dad, she also fell in love with archery, so she started taking lessons from Wischer at the Kenmore range.

“I think what I loved most was just being able to see how fast I was improving. I liked having that immediate result. And there is something that was just kind of peaceful about it," Claps said.

In 2015, she won an individual bronze medal at the World Youth Archery Championships.

“That was one of my first big international medals,” Claps said.

In 2017, she won the junior indoor national championships and was ranked #1 in her age division for five straight years. She’s been on five world teams and over the past three years, she’s won four gold medals. Claps is currently ranked #3 on the U.S. Archery Team.

“Having the opportunity to be on Team USA has really increased my passion and my excitement for the sport,” Claps said.

She said she owes a lot to her parents and her coach, but it’s also nice to train at the Kenmore range, where there are five national team members, including Erin Mickelberry, who’s also trying to make the US Olympic team.

“We push each other a lot and constantly, throughout our practices, were always looking to see what each other are doing, trying to learn from each other, also competing to make each other better,” Claps said.

She knows she’ll need to stay on target to make the team, but it would be a dream come true to shoot against the best in the Olympics.

“It would be so big and so special, because ever since I was little, I knew that I wanted to do something big in this sport. I remember watching the 2012 Olympics and thinking that's where I want to be. So, to be able to make that team, to see all my hard work pay off, to be able to set a goal and achieve it is exhilarating."

Claps will now get ready to compete at the Arizona Cup in April and then the Olympic trials from April 12-16.