Danielle Lawrie, who was a softball star at UW, is back in western Washington after helping Canada to an Olympic bronze. 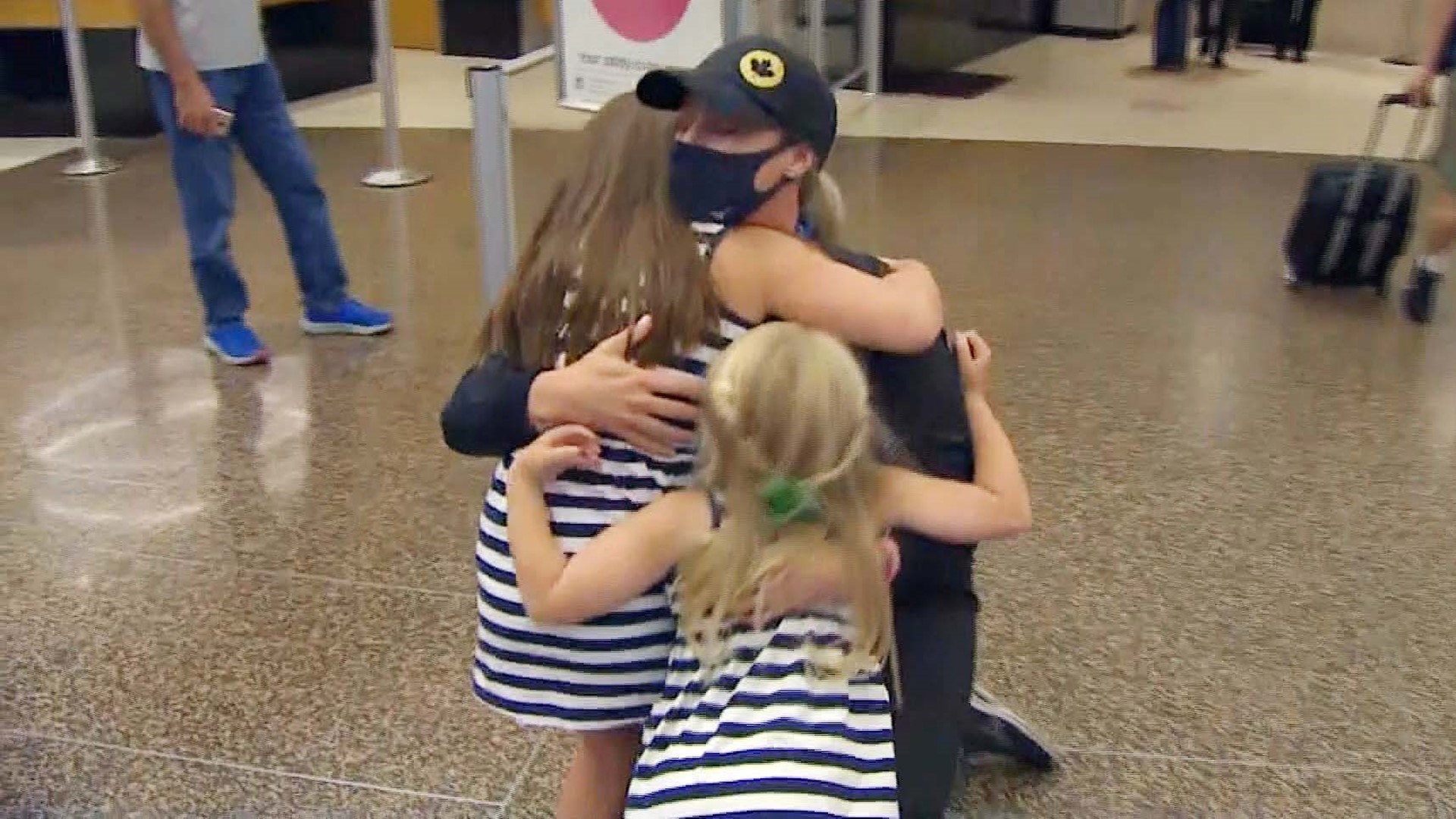 SEATTLE — When Danielle Lawrie arrived at Sea-Tac Airport after clinching an Olympic bronze medal in softball, her two daughters raced to give her a big welcome.

This was the moment that made it all worth it.

“That was the motivating factor – getting off the plane and getting to see them,” Lawrie said Wednesday night after reuniting with 4-year-old Audrey and 7-year-old Maddie.

It had been 73 days since Lawrie had seen her girls and husband Drew Locke. Lawrie had left her family more than two months before to train with the Canadian national team before competing in the Olympics.

“I don’t recommend going 70-plus days without seeing your family, but I’m lucky my husband held it down and we were able to get the job done,” said Lawrie. “This is why I did it four years ago – this moment right here.”

It was Lawrie’s second Olympic Games after competing in Beijing in 2008. A year after those Games, Lawrie led the Huskies to their first and only national softball championship.

Lawrie said her experience at the 2020 games was “unbelievable” and she was grateful the Olympics were able to happen after months of doubt.

Fans weren’t allowed at the games, so Locke and Lawrie’s two daughters had to watch from home. But their encouragement from afar made all the difference.

“The love and support we’re getting from our families was so much, and we felt that,” said Lawrie.