Ali Aguilar has been playing softball since she was seven years old. The University of Washington grad will play for Team USA in the 2020 Olympics. 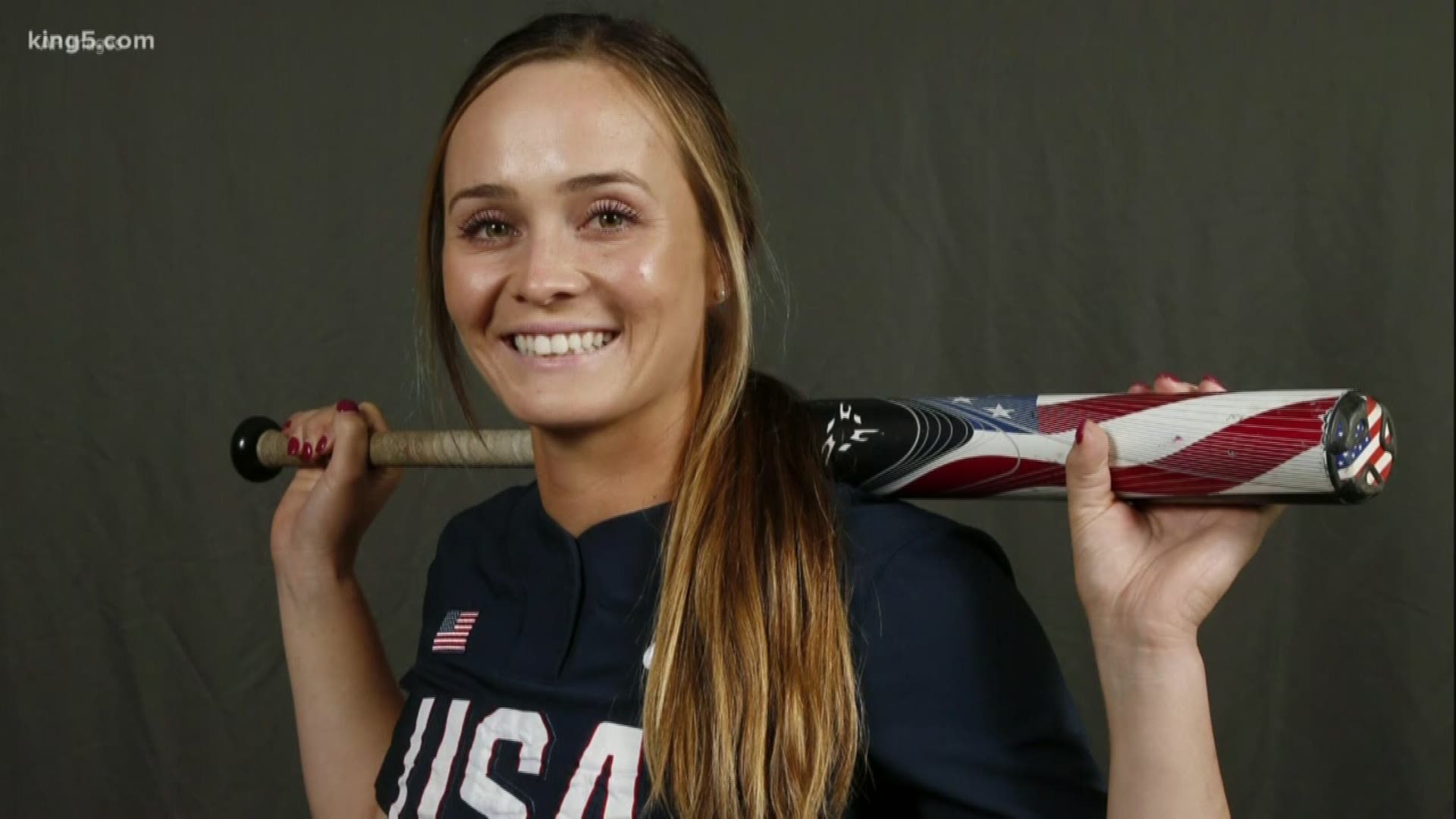 SEATTLE — One softball player may be wearing red, white and blue to represent the United States in the 2020 Toyko Olympics, but she will always carry that Huskies purple with her.

From 2014-2017, Ali Aguilar played shortstop for the University of Washington Huskies. She was named to the Pac-12 first team three times and was a two-time All-American.

As a senior at UW,  Aguilar led the Huskies in runs, home runs, and batting average.

After college, she played professionally in Texas and Japan. Now she's headed back to Japan, but this time with team USA.

Aguilar is on a softball mission, with the goal to help Team USA win a gold medal in Japan.

She gives a lot of credit to UW softball coach, Heather Tarr, who not only helped her become a lethal hitter but a great teammate as well.

"Me and my family really loved coach Tarr and what she was about and just how she created this culture here at UW. You could just tell right off the bat, it's like a family and there's a way about it that you just want to be a part of,” said Aguilar.

"I think the coolest thing about Ali Aguilar is she is a true student of the game. While we were coaching her, you definitely knew that she was a very analytical player and asked why are we doing this, what are we doing, how is this going to help me and you kind of knew at the time, as she grew into becoming a great hitter and defender that she's got something special," said coach Tarr.

Aguilar started playing softball at the age of seven. Her dad coached her up until the 8th grade.

"My dad didn't always know how to teach me to hit better, but he was really good about teaching me how to compete and how to win, and how to achieve what I wanted to achieve," said Aguilar.

In 2016, Aguilar's achievements would hit a high when she made the US national team. Over the past four years, she's helped the U.S. win two golds at the World Championships and two more at the Pan American Games.

She said it's a thrill to represent your country and to hear the National Anthem with your teammates.

"Everyone says it, but you get chills every single time. That's what you're working for, to be able to win the gold medal and be able to hear your National Anthem so it's good. It is amazing every single time just to be able to represent your country. I think that's the dream since I watched the team compete in 2004 and 2008," Aguilar said.

The US team was the first team to qualify for the 2020 Summer Games by winning the 2018 world championships.

Only eight countries will qualify for softball in Tokyo and since the sport is so popular in Japan, they will compete at two baseball stadiums that hold up to 30,000 fans.