University of Washington softball coach Heather Tarr is the winningest coach of any sport in UW history. Now her skills are headed to Tokyo this summer. 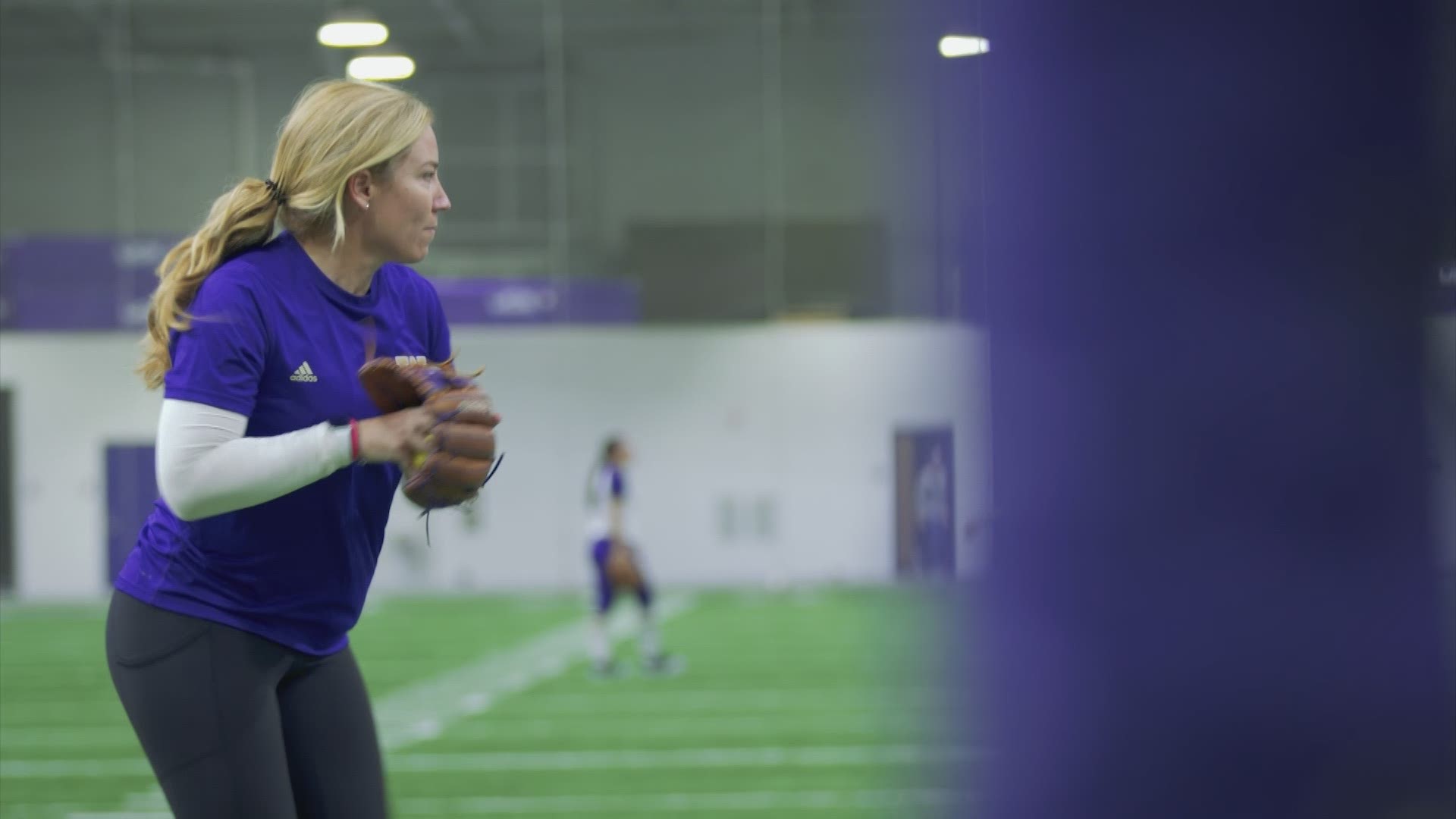 SEATTLE — This summer in Tokyo, the USA Softball team will be one of the favorites to win gold. The 15-player roster is loaded with two Olympians and 13 members from the 2019 Pan American gold medal team.

The team also includes some all-star coaches, including one familiar to softball fans in the Pacific Northwest.

University of Washington softball coach Heather Tarr is the winningest coach of any sport in UW history. Her Huskies have been to the World Series seven times over the past 15 years. But this summer, she'll be helping to coach another team: USA Softball at the Tokyo Olympics.

"To be part of the USA Softball coaching staff is a great honor. I think being able to coach softball at the highest level and to be able to influence the softball athletes at that level is just a tremendous honor for me personally,” Tarr said.

She'll be one of four assistant coaches on Team USA.

“An Olympic athlete is somebody that is completely different than everybody else," said Tarr. "They are driven, they are a perfectionist, and they are elite to no end. And so, to be able to try to stay ahead of those athletes and help them and understand what their needs are, from the time you recruit them, to the time they're done playing -- to even beyond, it's been an honor to be involved with the athletes that have been in the Olympics."

Tarr has won over 600 games at Washington, two Pac-12 titles and was the Conference Coach of the Year in 2010. She knows how to win, but admits being with Team USA helps her even more.

"I think one of the coolest parts about having the opportunity to coach with USA softball, it's a growth opportunity for me personally. I get to go and learn from other coaches and bring that stuff back to the University of Washington."

While Tarr looks forward to coaching former Husky Ali Aguilar again, she isn't too excited about facing off against one of her current players, Gabbie Plain, and other former Huskies as well.

"To be able to coach against our players in the Olympics, I don't like that feeling. But on the other side, I'm so proud of players like Gabbie Plain that have that opportunity, Victoria Hayward, Danielle Lawrie, and Jen Salling on the Canadian side, it's neat to be able to see those athletes have those dreams achieved," Tarr said.

Tarr is no stranger to coaching in Japan. She's been there with the US national teams the last few summers and said it's a paradise for softball players.

"It’s truly amazing, 30,000 people have been at some of the games where USA has played Japan. And there's a pro league there that's very well supported for the women. I am going to be a little bit in awe seeing all the fans that are there supporting our game, it's going to be a once-in-a-lifetime experience," Tarr said.