The US Women's Team, led by NHL Seattle scout Cammi Granato, drew huge attention in their first-time appearance during a skills challenge at All-Star Weekend. 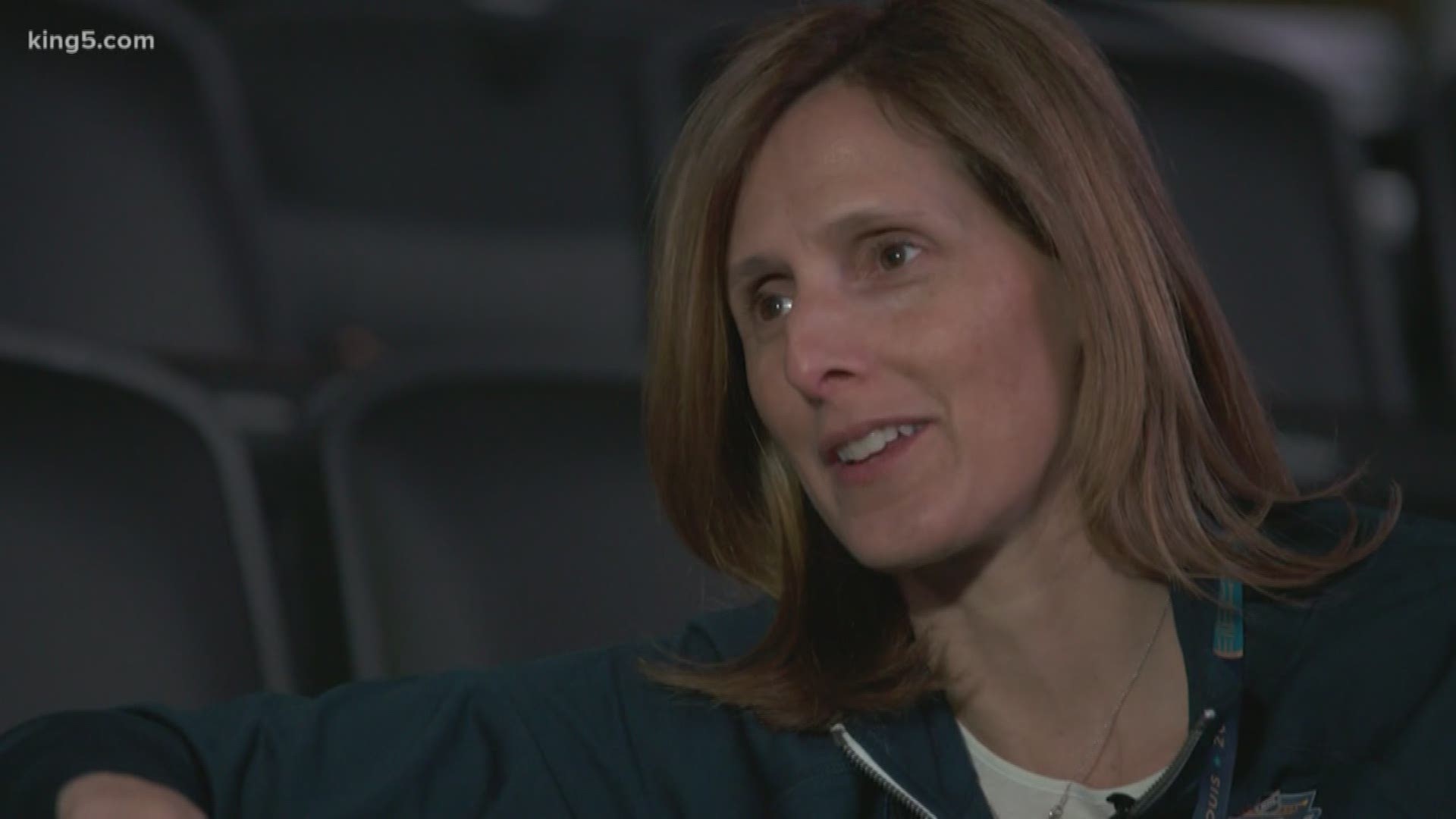 At NHL All-Star Weekend, women may have been the biggest story at the Skills Challenge in St. Louis. NHL Commissioner Gary Bettman said the forum  was on par with the Olympics.

The NHL, in a new competition this year, invited the 'elite' US and Canadian women's hockey players to participate in a 3-on-3 game.  It was precipitated by US star Kendall Coyne Schofield, who skated in last year's event at the last minute, and proved she was just as fast as the men.

On Friday, a pre-event joint press conference drew a massive crowd, on par with the one for Bettman. The US was coached by NHL Seattle's Cammi Granato, who took a brief break from her relatively new job, to participate in the weekend.

"It's a perfect platform to have an audience that's paying attention," she told KING 5, reflecting on how she got here and why she joined the expansion franchise in Seattle.

She really needs no introduction, and is part of a legendary hockey family.

Granato has won Olympic gold and silver, and was the first woman inducted into the hockey Hall of Fame. Her husband is hockey broadcaster Ray Ferraro. She had stepped back in recent years to raise their kids in Vancouver, BC.

She never lost her love for the game, but the moment had to be right.

"For me, becoming a mom, I said i'm really going to dedicate myself to this. It was something I always wanted to do, was be there for my kids," Granato said before the event at the Enterprise Center.  "When I heard there was an expansion team coming (to Seattle), I thought it would be a really good fit."

A cold call came later from Seattle GM Ron Francis, who knew Ferraro from their playing days. Francis offered her a job as a team scout, based in B.C.

"Right away, I knew it was something that I was (interested in), because I already thought about the job. It works really well for my family."

"I didn't understand the magnitude," she said, "It took me by surprise."

She's now on a normal rotation at Canucks games, scouting the Western Conference for Seattle. Granato acknowledges they're also building up their database.

The developments in St. Louis Friday night are also an example of a push for more inclusion, since the hire of Kim Davis. Her official title is NHL Vice President of Social Impact, Growth Initiatives and Legislative Affairs.

She told KING 5 that it's important for the league to expand it's fan base, and horizons.  Davis has already met with NHL Seattle officials about the makeup of their front office, which includes a majority of women in leadership positions.

"I've been to Seattle three times already and you don't have a name yet. I think Tod (Leiweke) is an amazing leader, and I think it all starts with leadership. Tod being intentional about understanding demographic changes, and how that club is going to be richer financially and just community wise, by engaging all audiences," said Davis. "He understands that the growth of the sport in the region means understanding and embracing all audiences." 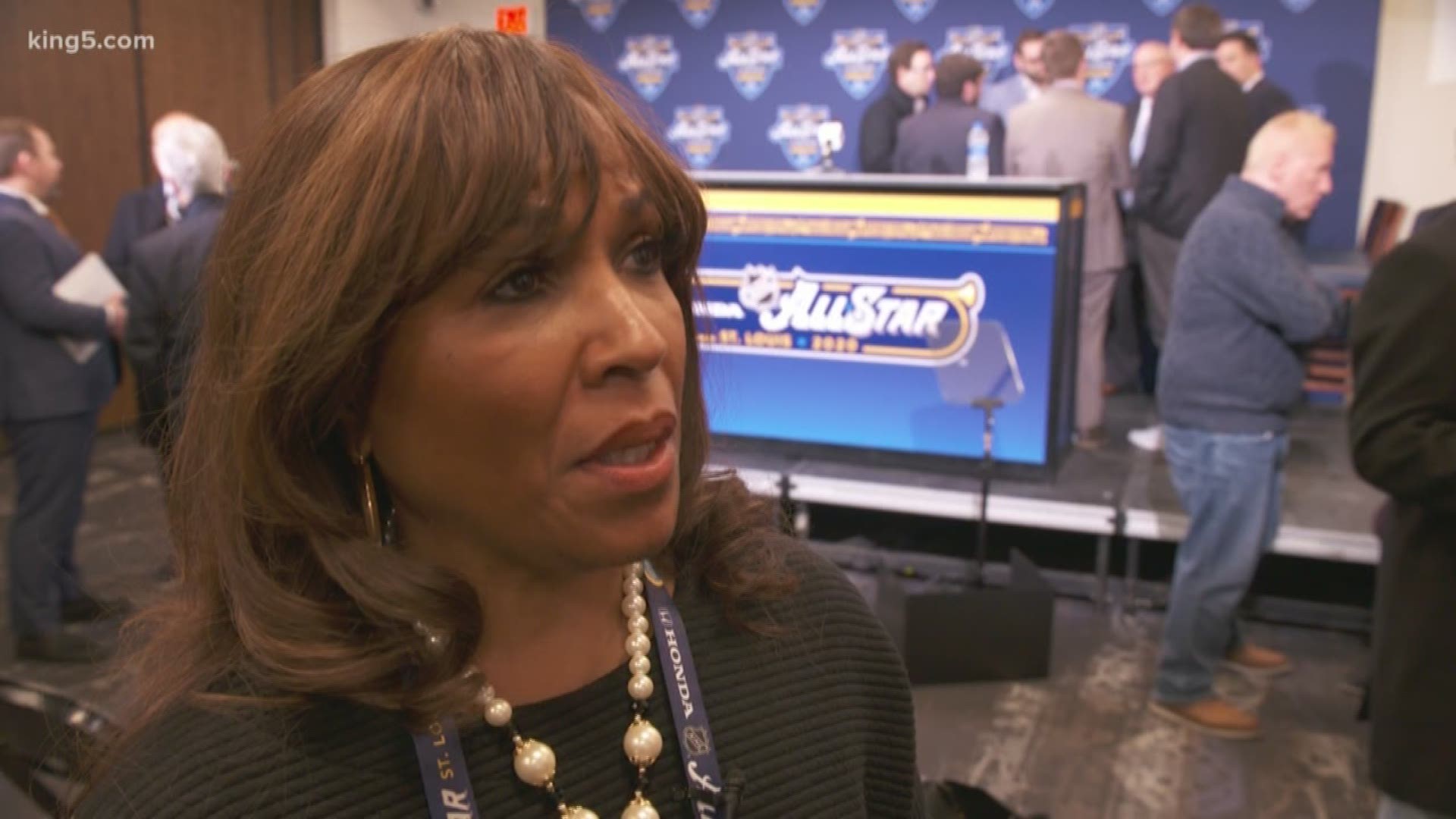 OTHER NOTES FROM ALL-STAR WEEKEND

Mount Vernon native TJ Oshie, who spent a good part of his childhood in Western Washington, also participated as one of the shooters in the Goalie "Save Streak."

Oshie's dad Tim, who lives in Everett, made the trip to see his son participate this weekend in his first All Star Game.

"He's done a lot of things for Seattle junior hockey. He's a smart person, he likes to be around the puck all the time. And he's just a good kid," said the proud dad.

KING 5's Chris Daniels grilled NHL Commissioner about a possible name for Seattle's NHL team. While Bettman dodged that answer, he raved about the future of the team and its potential: