The new technology allows for instantaneous data distribution, including speed. The hope is the flood of new data will enhance the fan experience. 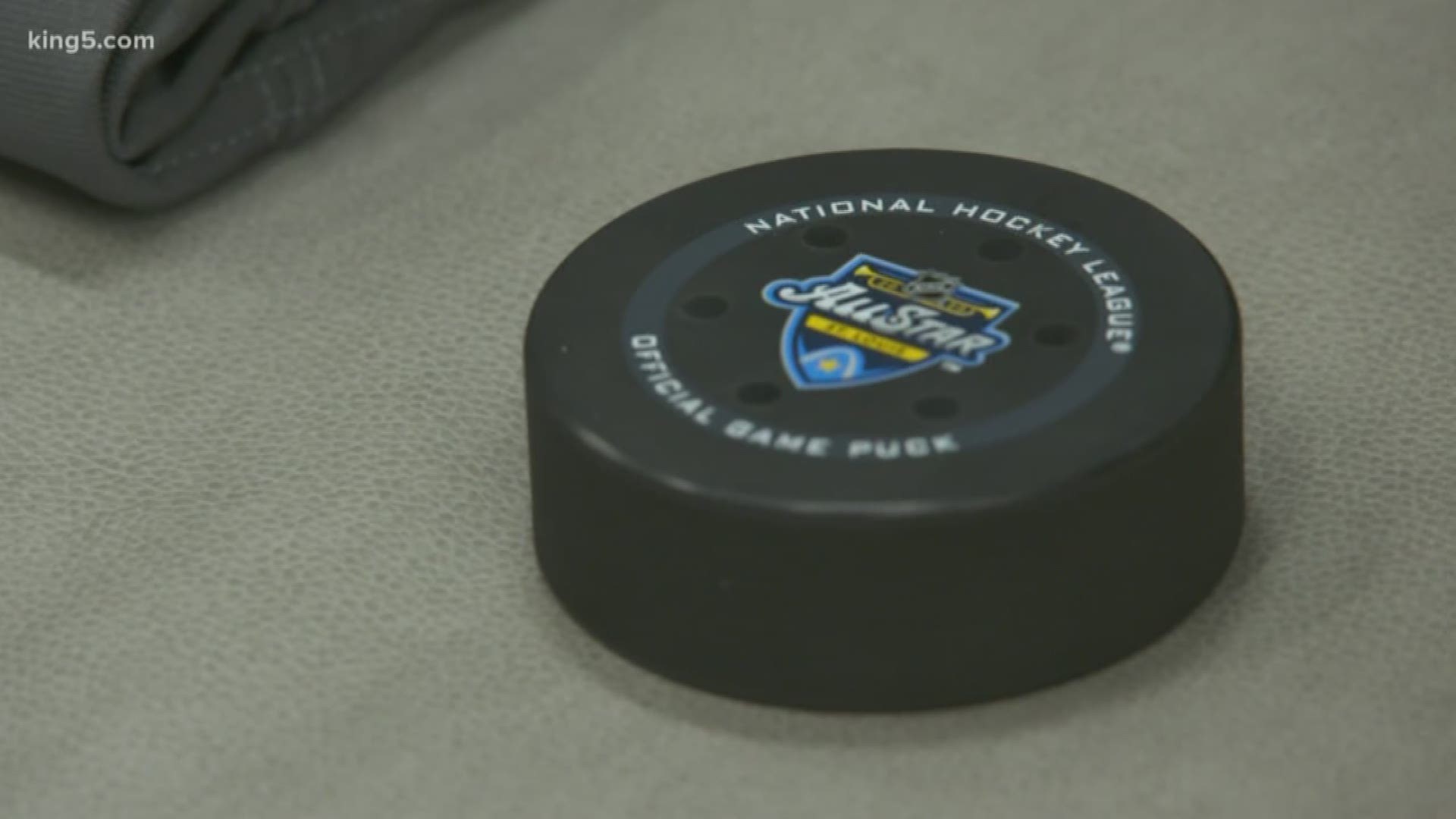 It is safe to predict that the new Arena at Seattle Center with have some high tech additions in order to keep pace with the newest innovations from the National Hockey League.

The NHL unveiled its latest attempt at the Puck and Player Tracking technology during this weekend's All-Star weekend in St. Louis, which provides real-time data during the television broadcasts.

The system has been in the works since 2012, according to David Lehanski, who is the NHL's Executive Vice President of Innovation. He and his team showed the technology, which allowed the league to transmit the data during the weekend telecasts.

Each puck was equipped with 12 emitters and the players with a small stick in the back shoulder of their jersey. The puck emits IR light 60 times per second, while the player tags emit 15 times per second. They both communicated with 16 infrared cameras in the Enterprise Center roof, and the information processed through two servers and onto a TV screen.

Credit: KING 5
NHL jersey with tracking technology inside it and pucks.

Lehanski, about how quickly the system operates, said it comes only after "several years of testing, investigation, and analysis."

He said new fans, like millennials, have been stat-obsessed and more interested in getting the information as fast as they can. This tech accomplishes that goal. He also said the culture has opened up new possibilities.

"Take sports betting, look where we are in the United States," said Lehanski, noting that the data could be delivered potentially to fantasy and apps in real-time in the near future. "Pretty soon, it will allow me, you, someone else to view the game in different ways."

He envisions a day when the technology will be so precise, it will be able to measure when a player truly has possession of the puck.  As of right now, on a full charge, the jersey units can transmit for at least five hours, more than enough time for three periods and overtime, or two.

The NHL has been working with SportsMEDIA Technology (SMT) on the project and rolling out the system in all 31 arenas.

It is expected to be in operation for the 2020 Stanley Cup Finals, and everywhere by the start of the 2020-21 season. SMT is credited with helping to develop the now ubiquitous first-down line in football broadcasts.

It is up to the league's broadcast partners just how much they want to incorporate the data into telecasts, according to Lehanski.