Seattle's old KeyArena is history and the new Climate Pledge Arena is taking shape. Take a look inside the construction progress. 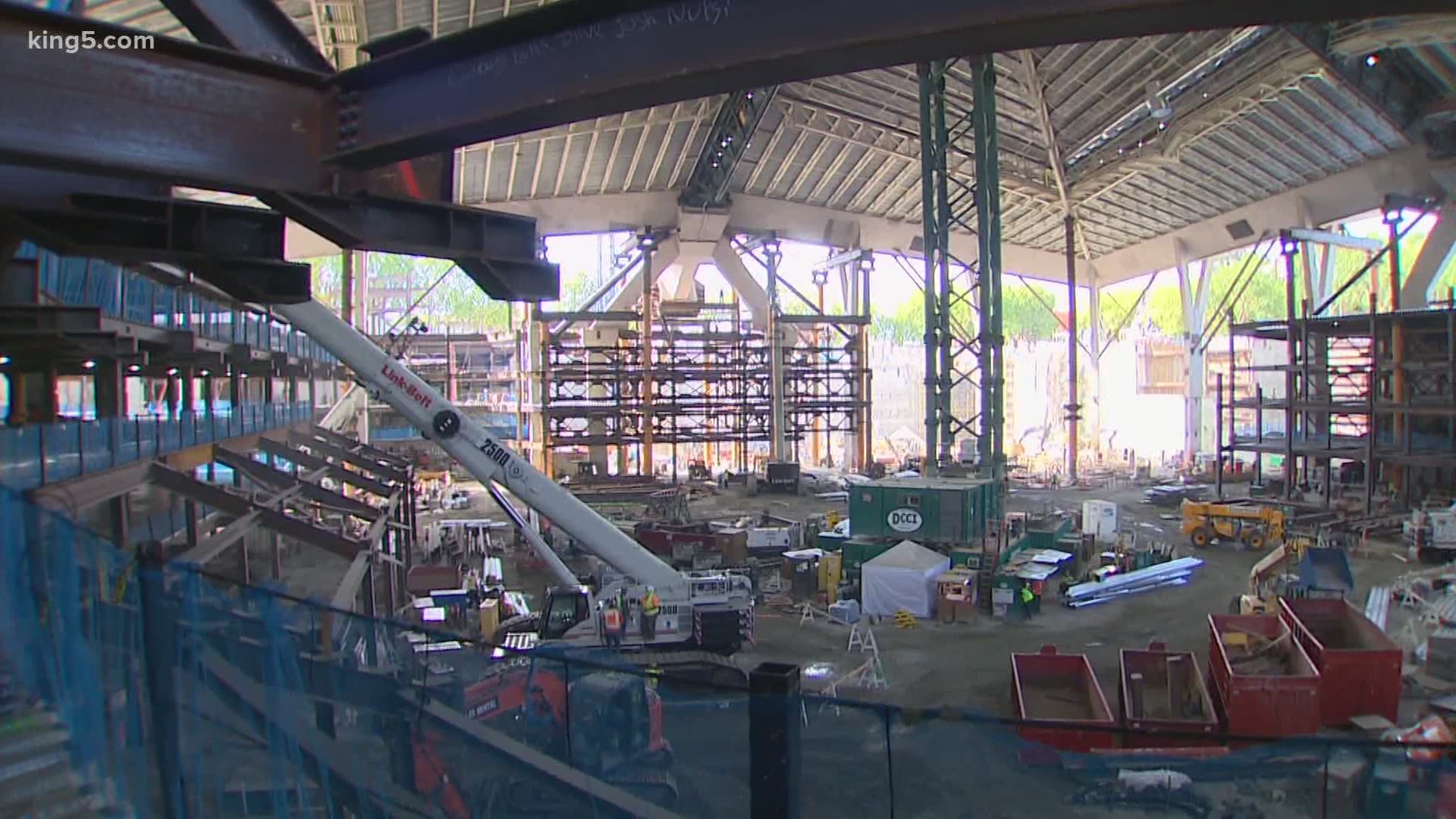 If you take one look under the roof, you'll no longer use the word renovation.

The ever-animated Johnsen stood at what is ground level, excitedly pointing down at the work that has been completed in just a few short months, and in the middle of the pandemic.

"Sometimes you don't know it until you get in it," he said. "This is going to be one of, if not the, best bowls in the country."

Gone are 600,000 cubic yards of dirt, excavated from the property since last year. Now, iron workers have built out the new parking garage, and levels of seats on each side of the building. In some spots, you can see how the concrete has already been poured, and envision the seats that will come with it.

The work has all been done while a temporary scaffolding system held the old 1962-vintage roof in place. In the next week, that will come down too, since the support columns have been reattached to the new, nearly billion-dollar arena floor, some sixty feet below the surface.

Rob Johnson, who is the Seattle Kraken's Vice President of Sustainability and Transportation, said there is still more that can't be seen.

"We're aiming to be the first net zero carbon arena in the world," he said. That means eliminating single-use plastics, fossil fuels, and giving unused concessions to local food banks. It also means using the recycled roof as a renewable resource.

"We're going to be recapturing rainwater coming off the roof to resurface the ice on a nightly basis," Johnson said.

Todd Humphrey, who serves as the Kraken's Senior Vice President of Digital and Fan Experience, was also part of the tour and said the design is key to the gameday experience. The Alaska Airlines Atrium, on the south end, will serve as the main entrance and the team will use digital ticketing, complete with the potential for an embedded orca card. He said concessions will also be reimagined, so fans spend less time waiting in line.

"We're going to have more marketplaces rather than stand in line, belly up to the bar," he said. "So think ski lodge, where you walk through, get served, get your items and check out."

RELATED: Take a look at the perks coming to the new Arena at Seattle Center

There will be more room to do that now. The 'Green House', as some fans are already calling Climate Pledge Arena, will be 800,000 square feet, doubling the size of the old KeyArena footprint in the same location.

The project is still scheduled to be completed in the summer of 2021.