Seattle Kraken ready for the next NHL Draft

The newest NHL franchise Seattle Kraken are already planning for the relocation of players, and looking to Everett's Paine Field as a possible home airport. 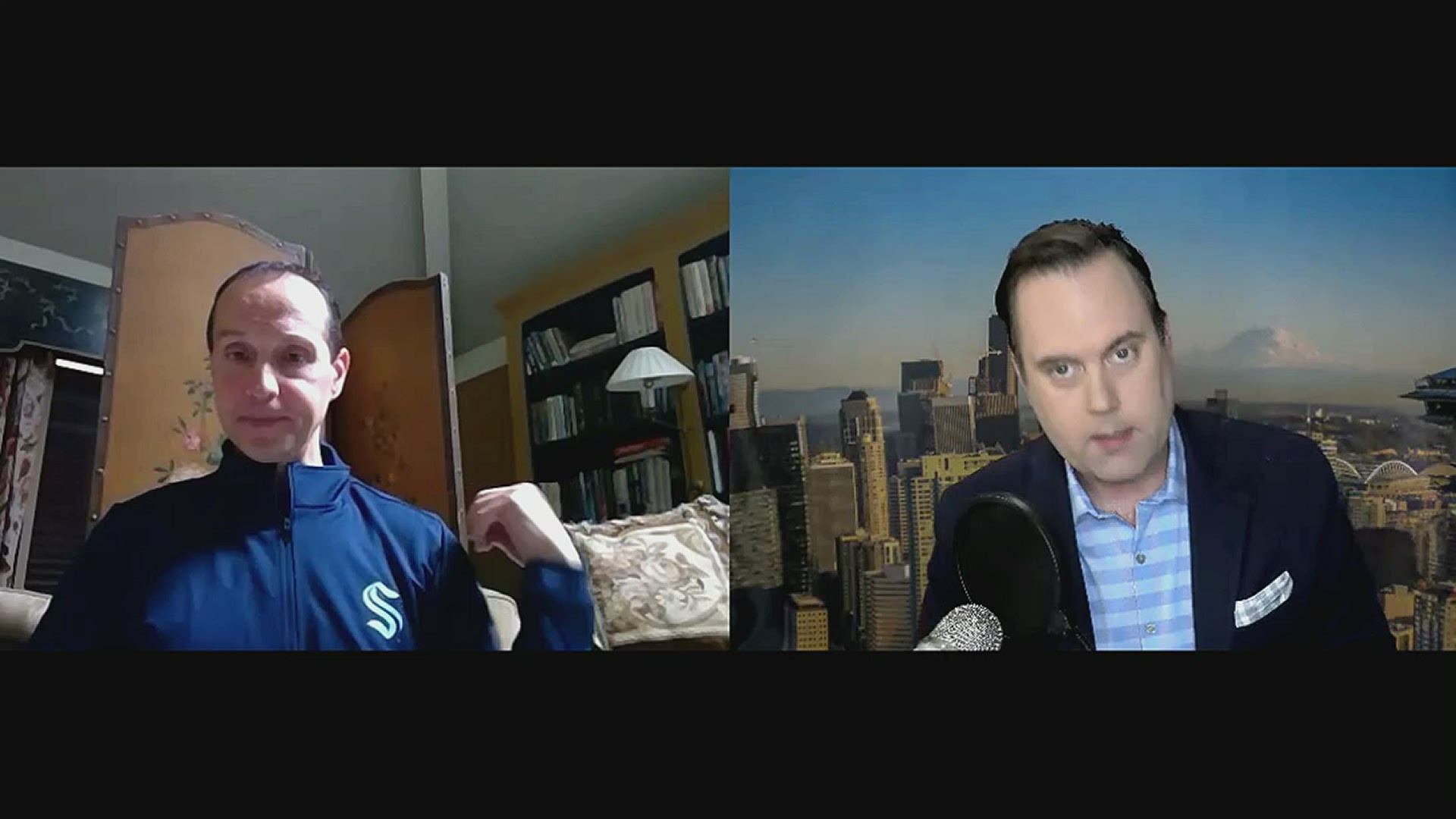 The NHL Draft is tonight, which means Seattle is now mere months away from conducting it's first as a franchise.

Just as the draft was getting underway, the NHL announced they will target Jan. 1 for the start of the 2020-21 regular season.

"Estimated timing for the start of training camp will be communicated at a later date," the NHL tweeted.

"There's gonna be a very quick turnaround, potentially," said Ricky Olczyk, the Kraken's Assistant General Manager, who is now part of the planning for the 2021 Expansion Draft, and what it could bring.

"Trying to read the tea leaves," said Olcyzk. "So, in the event that the season Expansion Draft doesn't take place in July or August. Whenever timeframe the season's going to begin the following season, our inaugural year, whether that's in September, October, November, we're going to be ready."

What does that mean? Olcyzk and General Manager Ron Francis are already scouting, and just finished observing the Stanley Cup playoffs from afar. But it also means that they're trying to put together a plan to relocate multiple players and families in a condensed time frame, as the NHL tries to get back to somewhat-close-to-normal.

RELATED: Several Thunderbirds hope to hear their name called at the NHL Draft

If the 2020-21 season were to start in December or January, the NHL could try to condense a regular schedule, adding more back-to-back nights, fewer games, or fewer off days. The league is blessed to have labor harmony, but also collectively agreed to participate in the 2022 Olympic Games in Beijing.

That means the NHL will feel the pressure to resume a "regular" season close to normal in 2021-22, and when butted up against a delayed season end, the Kraken could feel squeezed, hence the reason to plan now.

NHL Commissioner Gary Bettman strongly reiterated there will be no delay in the launch of the Kraken franchise, noting at the Stanley Cup Finals that: "I want that answer to be as definitive as possible."

RELATED: Bettman: Next NHL season could start in December or January

Olcyzk says the Kraken are already putting together "the book" for players and families who may relocate to Seattle. It includes housing, religious, and school information for say, the player who is living in Sweden or Russia, and finds out they have to start the season in Seattle, in a month's time.

Olcyzk said the organization is strongly exploring the use of Paine Field as a home airport, with the team headquarters in North Seattle, as part of a reimagined Northgate Mall site.

"Traditionally, players, coaches, staff, they like to be close to where they would go on a daily basis versus necessarily right next to the arena. They also like to go near airports where they would have to fly out. So when you take that into consideration, I mean, this package of information you're putting together, it's not just about South Lake Union, and in the area near Seattle Center, it's about the neighborhoods in other spots of the region," said Olcyzk.

In a league with a current $81.5 million salary cap, that means a home in 'The Highlands' or along the water in Matthews Beach could be prime real estate for a puck-savvy star looking to relocate. After all, if recent history is a guide, Olcyzk is correct in that players choose to be closer to their "every day office" instead of the arena.

Olcyzk said he believes 90% of hockey players choose to be closer to the practice facility. Multiple players and staffers of the Vegas Golden Knights, for instance, put down roots in suburban Summerlin, Nevada near the team's training facility, instead of Downtown Vegas or the Strip. Once the Seahawks opened up the Virginia Mason Athletic Center, multiple players chose to live on the Eastside, Maple Valley, or Renton.

The Kraken acknowledge there is a bit of a 'startup culture' with the new team, and they will be operating a bit differently than other local franchises. However, teams do attempt to work at times as travel and relocation consultants.

The Seattle Mariners employ a Director of Major League Operations, which is a big title in the Human Resources Department.

"We can assist players with temporary lodging and connect them and/or their wives/significant others, with resources to help them get settled. Player agents can also get into the act with tasks such as these," said M's spokesperson Rebecca Hale. "Over the years, we have had fluctuations in the numbers of players who choose to make the Seattle area their permanent home. A lot of it has to do with their family situations. If they have kids in school in another state, they often opt to not uproot their families."

The M's said they also follow a Major League Baseball policy, for players acquired in-season, to receive a "7-and-7" or 7 nights of hotel and 7 days of meal money while they get settled.

"The Book," as they're calling it internally, will be accessible to the dozens of new players, training staff, and team executives expected to relocate to the Puget Sound region around the middle of next year, before the team launches at Climate Pledge Arena in late fall 2021.

"Lots of balls juggling in the air right now. But it's all exciting, obviously, to be the 32nd franchise in the National Hockey League," Olcyzk said.