The $80 million project opened to the public with a full slate of programming and youth activities before the Kraken begins training camp. 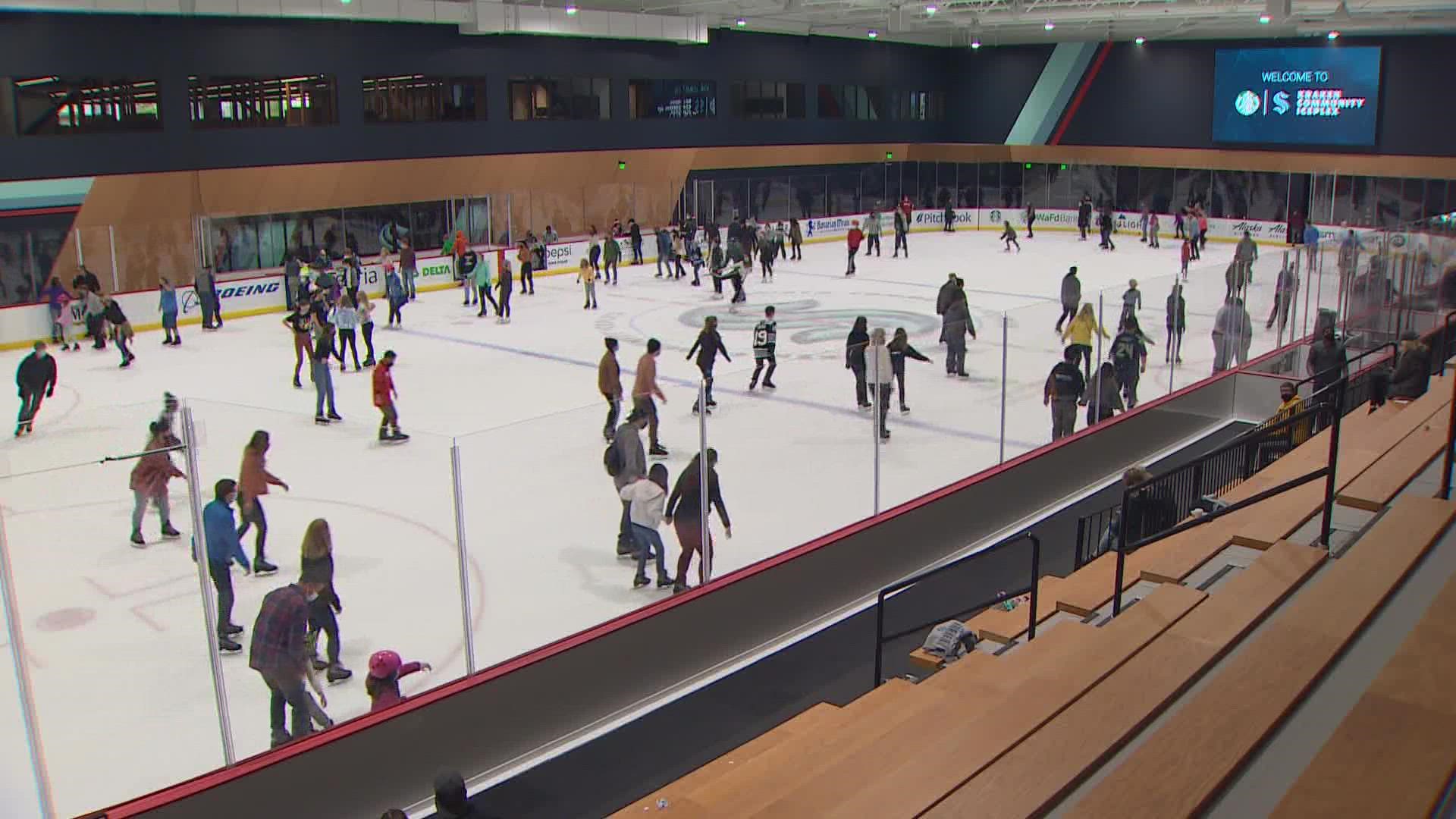 An inside look on Thursday showed professional hockey players, playing on real ice in a real building. New members of the Seattle Kraken broke in the ice Thursday in front of a scattered group of invited guests.

The longstanding hopes for the Kraken Community Iceplex, only previously conveyed through computerized renderings, has finally been realized.

"I'm here to tell you that dreams do come true," said Kraken CEO Tod Leiweke, before he was part of a ceremonial puck drop and presentation at the old Northgate Mall site.

The $80 million project opens to the public with a full slate of programming and youth activities before the NHL team begins training camp later this month.

It is hard to believe groundbreaking for the project was on Feb. 27, 2020, a day before the first COVID-19 case in the country was announced in Kirkland.

Construction crews halted in March before restarting later in the year and finished the three-ice-rink project in time for the franchise's inaugural season. A team store is already open, and the 32 Bar and Grill will open later this year.

"It's an incredible tribute to the men and women who are building it. As other things stopped, they keep going, and it wasn't easy," said Leiweke, who choked up about the milestone. "It's goosebumps, and it's payback for so many people that believed in us."

The franchise is also counting on Starbucks, whose noticeable siren logo is all over the building. Starbucks has committed to a soon-to-open community store in the building and will donate a portion of the profits to nonprofit organizations.

"This is 100% about community," said Starbucks VP Camille Hynes, who was on hand for the short ceremony and said the location was picked because of the company's efforts to advance inclusion, diversity and equity.

But the project will be part of a potential massive transformation of the north end of the city.

"We had a vision, we had a dream, we've got the money, the budget, no taxpayer money, that's how it should be done," Juarez told KING 5. "For me, it's the community aspect, bringing in people of color, children, girls, women, come and play hockey and develop sports and team."

The project opens just before a multi-million dollar pedestrian bridge over I-5, which connects to the Sound Transit Link Light Rail station, which opens next month. Call it a hat trick for the city.

Leiweke said the historic nature of the coming season, and starting during a pandemic, also comes to mind.

"This too shall pass," he said. "Our second game is against the Montreal Canadiens, and 102 years ago, the Stanley Cup finals [between Seattle and Montreal] were canceled because of the Spanish Influenza. That did pass. It's remarkable how that history is linked."