A look inside the Seattle Kraken's training facility in Northgate

Seattle's Northgate neighborhood is transforming with multiple projects happening at once, including constructing the Kraken's new hockey training facility. 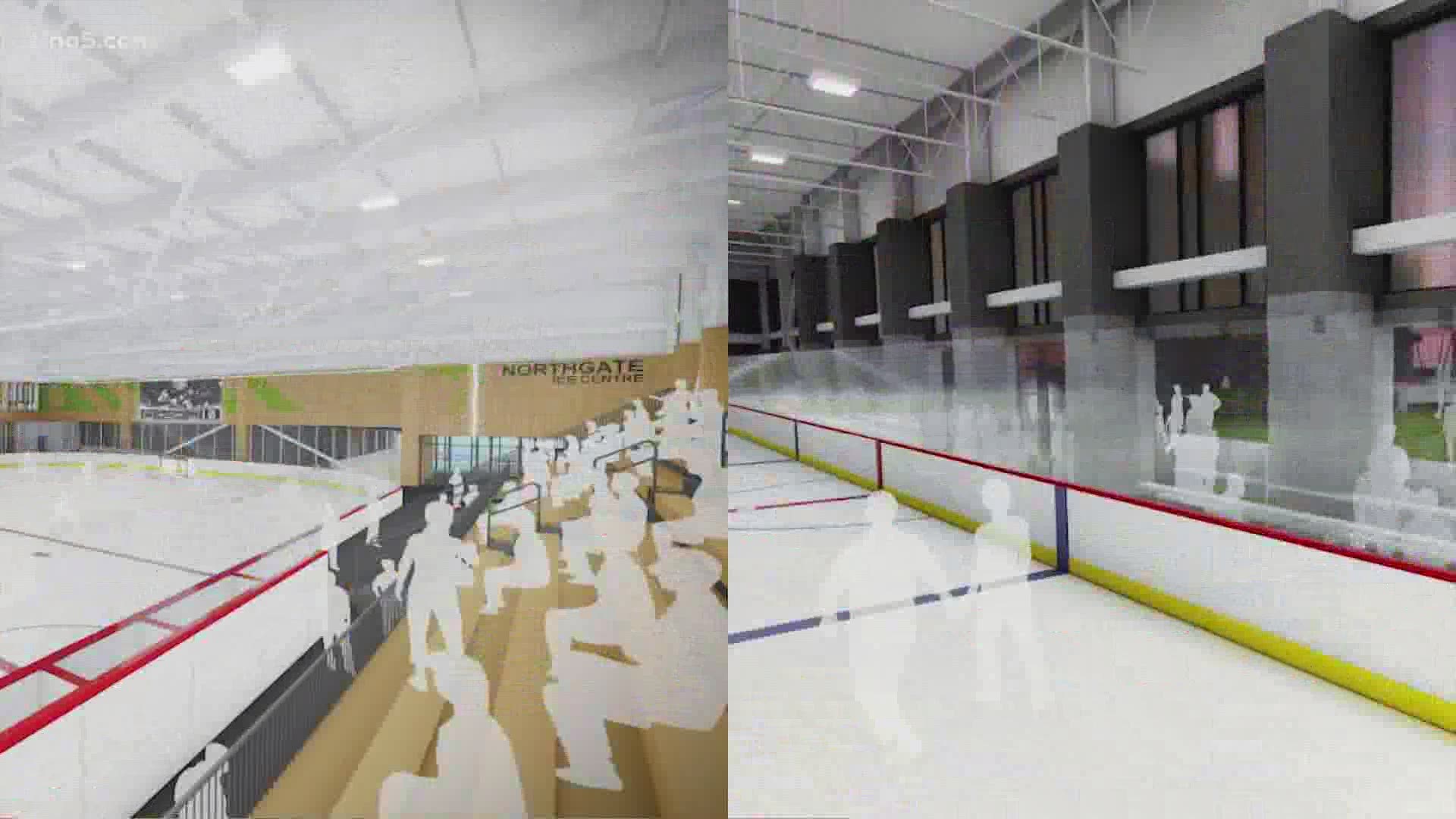 SEATTLE — In hockey terms, you could call it a hat trick: Despite everything that transpired in the past year, Seattle's Northgate neighborhood is scheduled to open three mega projects at the same time.

It is is a big deal, in and of itself, that Sound Transit's Northgate Link light rail station is scheduled to open by the fall of 2021 and will connect people to downtown Seattle. And it is a big deal still, that the Seattle Department of Transportation (SDOT), and multiple partners will also be opening a multi-million dollar pedestrian bridge over I-5 at the same time, that will connect the east and west sides of the Northgate neighborhood, from North Seattle College to the new Northgate station.

Then, you throw in the idea that the Northgate Mall will be revitalized with the new Seattle Kraken's headquarters and training facility, and you might understand why their is some excitement brewing in the neighborhood.

"This place is going to be rocking," said Kraken Vice President Todd Humphrey, as he entered the still-under-construction three rink ice center on Tuesday.

Humphrey, a former professional hockey player and tech entrepreneur, has been leading the planning for the center, which will serve as a business, training, and team operations hub. As he stood at what will be ice-level, his enthusiasm was evident.

"A thousand fans will be able to watch over here," he said as he pointed to the south side of the rink, and then again to the planned bar to the east, explaining the vision for the Kraken's main sheet of ice. He told KING 5 on Tuesday that fans will be able to sit in the bar, or the stands, and watch games on a big screen, or practice down below.

Credit: Seattle Kraken
A rendering of what the outside of the Northgate Ice Centre will look like when it opens in the fall of 2021.

The bar will include an outdoor promenade, where the old Nordstrom once stood, just steps from the light rail station. Walk a few more steps to the south, and people can watch action on a second rink. Yet another sheet, on the far end, butts up against a new planned park and potential wintertime activities as well.

"It is the largest NHL facility inside city limits," said Kyle Boyd, the Kraken's director of Youth and Community Development. He was part of an announcement this week about a partnership with the Greater Seattle Hockey League (GSHL) and the Washington Wild Female Hockey Association.

The Wild and the GSHL will play games at the center. GSHL Founder and League Commissioner, Andy Cole, will join the Kraken staff as the Adult Hockey director of the Kraken Training Center.

"We're figuring out all the scheduling, it's a building that's going to be open from the wee hours of the morning looking, at 6 a.m., until very late in the evening, 1 a.m.," said Boyd.

Sound Transit is already running tests on the new station, and SDOT said the bridge will likely see more eyeballs in the spring of 2021, when the pedestrian spans are moved into the median of I-5, and lifted by cranes.

Everything is scheduled to be in place, up, and running by the time the Kraken officially drop the puck in October of this year.