Two away games and two “home” games will be broadcast live on KING 5 and KONG. 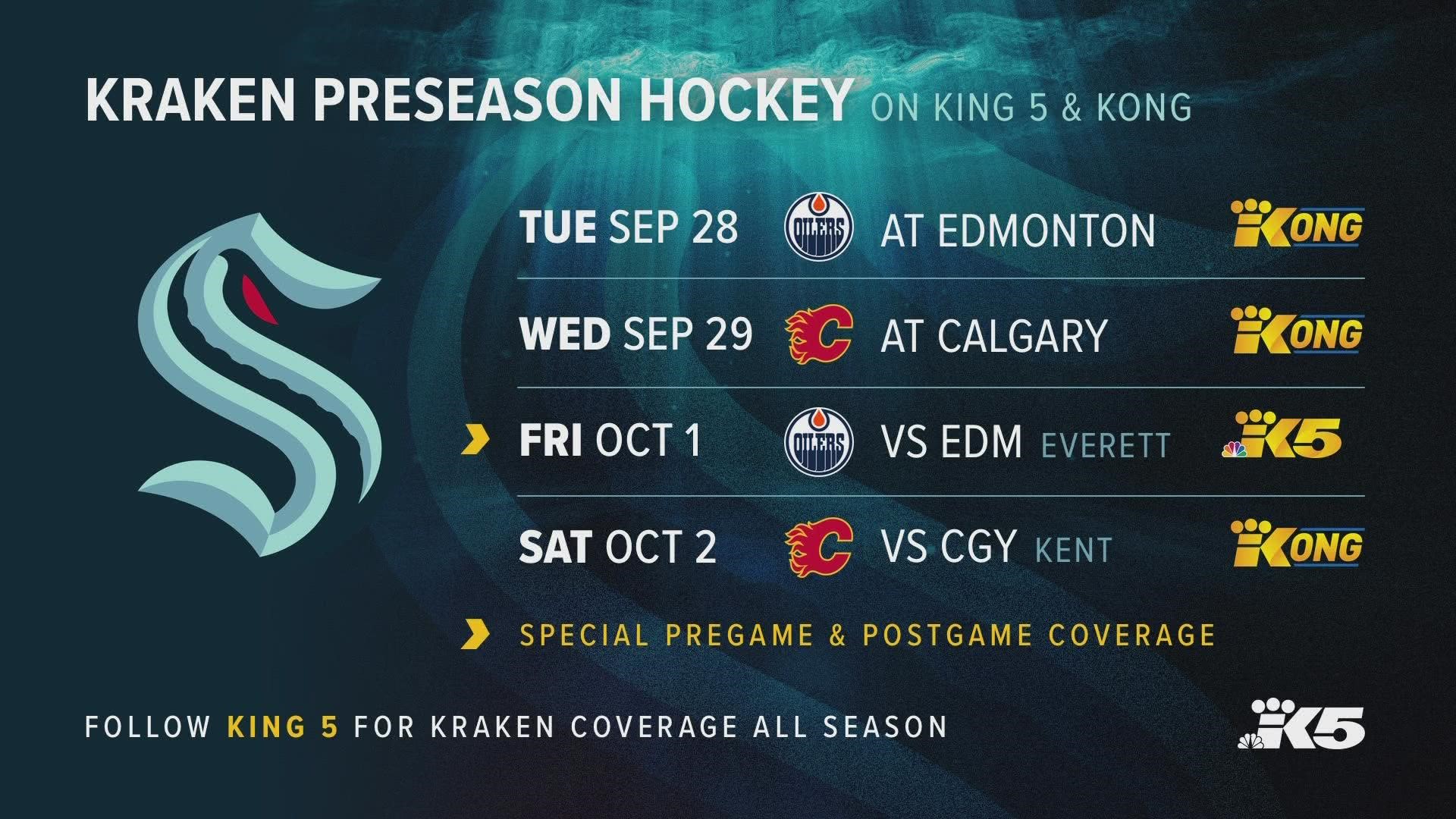 “KING 5 has a proud history of dedicated local sports reporting, and we’re looking forward to providing that for our audience during the Seattle Kraken’s inaugural season,” said KING 5 news director Julie Wolfe. “Our commitment to delivering in-depth and exciting coverage of the Seattle Kraken and Climate Pledge Arena is shared by every member of our news and local programming teams, and we’re eager to bring that to the hockey community and beyond.”

KING 5’s Seattle Kraken coverage is unmatched in the market. Chief reporter Chris Daniels has spent years covering the quest for an NHL franchise in Seattle, and the station has produced two special programs; Rise of the Kraken and Release the Kraken.

The game on KING 5 on Friday, October 1, will include a live pregame show, intermission and post-game coverage, hosted by the KING 5 team from Everett’s Angels of the Winds Arena. A complete coverage schedule can be found below: