Season tickets for the new NHL franchise the Seattle Kraken are now on sale, and it's a ticket-buying process like you've never seen. Here's how it works. 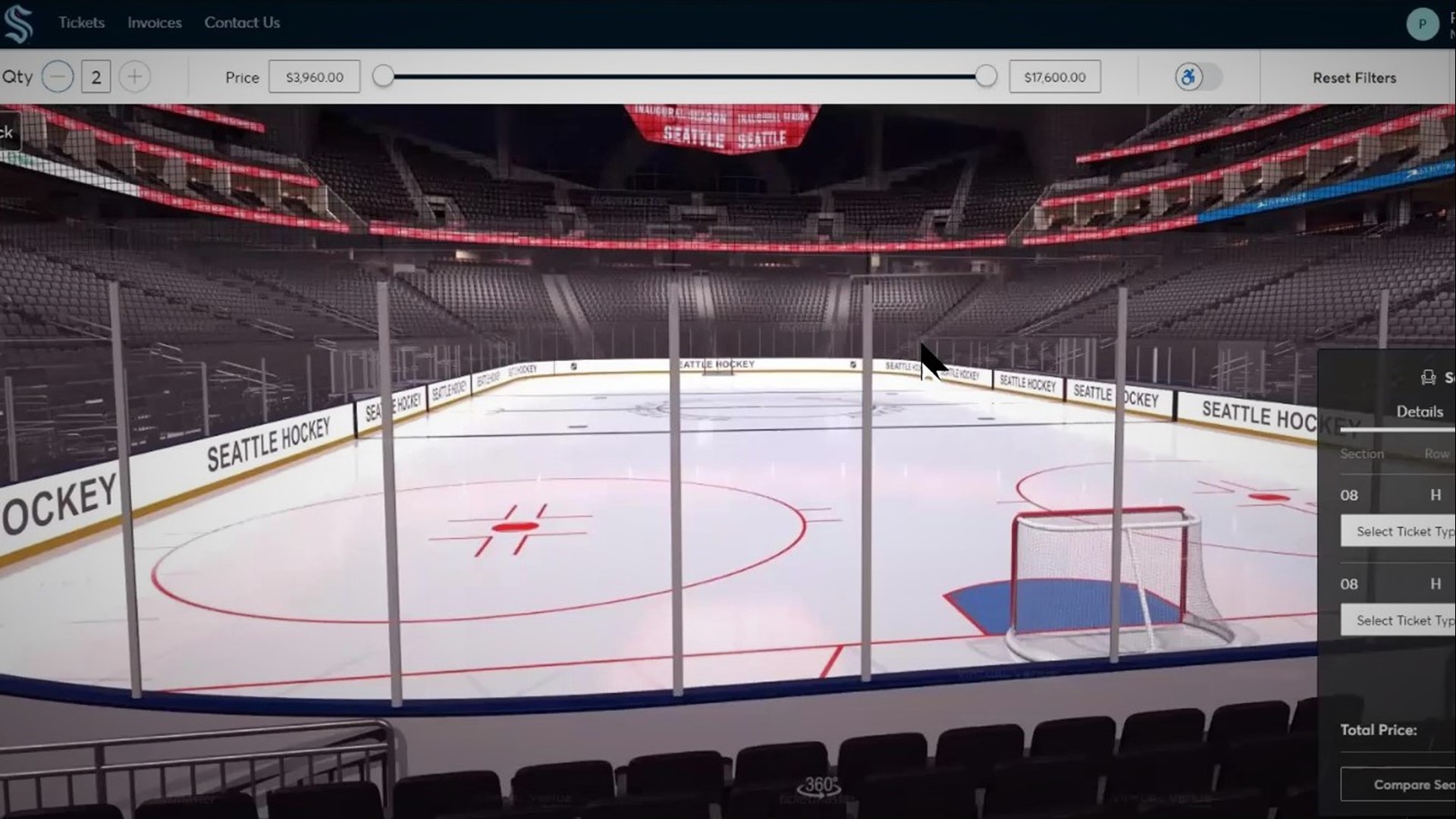 SEATTLE — Are you itching to get your Krak at hockey tickets?

“We've been preparing to make this as easy as a process as we possibly can as we go through it,” said team account executive Michael Karges, who has been walking people through the process remotely.

The franchise originally had planned on doing in-person ticket selection based on the priority number. Those numbers were determined back in March 2018, when fans slapped down money just for the right to select season tickets. Fans will be notified two weeks in advance of their selected date and time.

Dan Souder, the Kraken’s senior manager of premium sales, said the franchise is working through the pecking order of priority seats and is ramping up staff for the ticket sales with a goal of processing about 100 clients a day.  He said the entire process will take weeks, given the amount of people on the priority and waiting lists.

Karges and Souder recently demonstrated just how the process will work:

After fans log into a Zoom-style call, they will be shown a presentation about how Climate Pledge Arena and the Seattle Kraken came to be, before being transported into a virtual bowl for the seat selection.

Karges guided through the system, which allows users to take control of the interface at times to enter key information and the selection process. Once a user has clicked on seats, they’re given a chance to see a virtual view of their surroundings.

The Kraken are selling full season tickets and 22-game packages at launch with many of the 22-seaters on the North End and upper deck. Souder says early buyers have been all over the place with second deck front row among the “first to go.”

The ticket packages also include high-end tickets in the to-be-created Mount Baker and Space Needle Clubs on both ice ends and packages in the upper deck as low as $90 for the half season and $70 for the south loge seats. Club seats are fully sold out, according to Souder.

RELATED: Take a look at the perks coming to Climate Pledge Arena

Karges says the franchise was aware of the external dynamics, hence the variety of ticket packages and payment plans. Buyers are only being asked, contractually, to put down $250 per seat at the time of purchase. The Kraken are asking that buyers commit to three-, five-, or seven-year plans, which also locks into a smaller percentage ticket rate increase based on how long the commitment.

According to Karges, first payments are not due until November or February 2021, depending on the monthly plan. There is no interest associated with any quarterly or monthly plan.

The new NHL team is expected to hit the ice at the brand new arena in fall and winter 2021.