There are no guarantees yet for an NHL team, but the process has begun in terms of due diligence of Seattle. 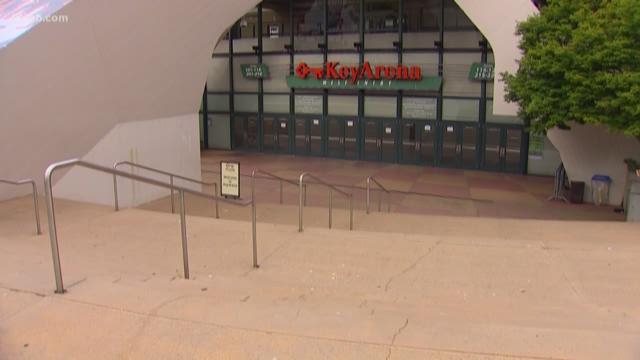 Could Seattle be next to get an NHL team?

NHL Commissioner Gary Bettman announced on Thursday the NHL Board of Governors has agreed to accept and consider an expansion the application from Seattle and allow the David Bonderman/Jerry Bruckheimer group, which is tied to the KeyArena expansion, to conduct a season ticket drive.

"It was a unanimous vote and we think we are going to bring hockey back to Seattle!" Seattle Mayor Jenny Durkan said shortly after the NHL announcement was made.

Bettman says the process with Seattle will be similar to Las Vegas, starting with a ticket drive. There are no guarantees yet for an NHL team, but the process has begun in terms of due diligence of Seattle.

"That doesn't mean we have granted an expansion team," Bettman told NHL.com following the Board of Governors meeting. "We have agreed as a league to take and consider an expansion application and to let them run in the next few months a season-ticket drive." 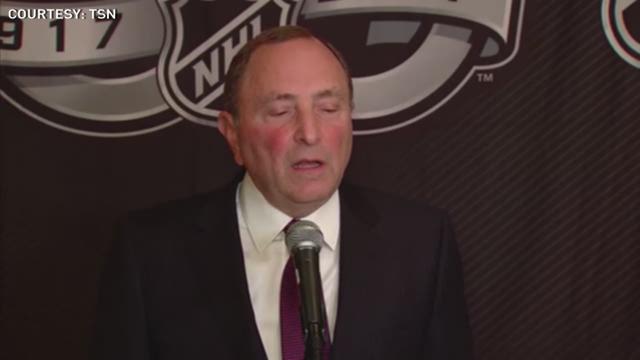 Bettman says the expansion fee for Seattle would be $650 million. Las Vegas' cost $500 million. The application will be considered for the 2020-2021 NHL season. The new arena is scheduled to open in the fall of 2020.

The announcement comes in one day after Seattle Mayor Jenny Durkan signed the Memorandum of Understanding for the $600 million renovation of KeyArena. It would be the first NHL team in Washington.

Durkan cracked a joke about Vancouver at a hastily arranged news conference: "We saw the Canucks are really excited to come here and get beat."

Seattle Councilmember Debora Juarez, sporting a vintage Seattle Metropolitans jersey, says she hopes the franchise can be called the Steelheads or Sockeyes. 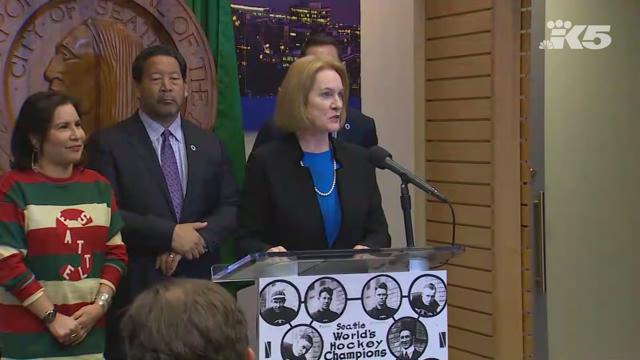